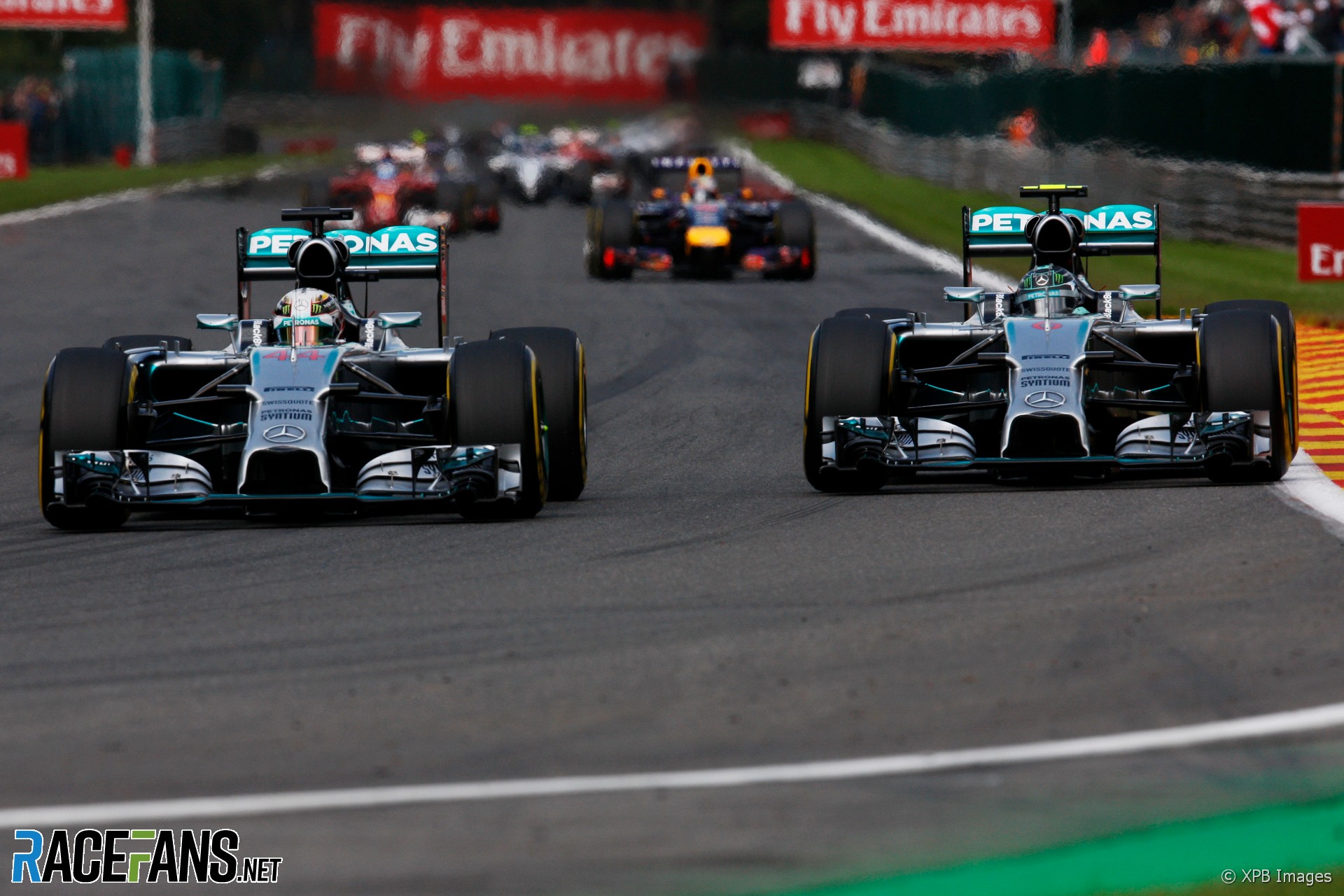 Lewis Hamilton’s understanding of the rules of racing is a part of what makes him such a tough rival to beat, according to his former team mate Nico Rosberg.

Hamilton and Rosberg were team mates at Mercedes for four years and also raced together in their junior careers. Rosberg, who retired from F1 after beating Hamilton to the 2016 title, said his former team mate “is phenomenal in a wheel-to-wheel battle” because he understands how far he can push the rules.

“It’s just unbelievable how he positions the car so smartly,” Rosberg told the official F1 website. “Whenever I would try to go up against him and hold my own and fight back he would always manage to stay in the grey area.

“Whenever I would try, sometimes I would just straightaway jump over the grey area into the black area, which is not allowed. He would just be so skilled at keeping it in the grey area, never really making it 100 percent his fault, that was a huge strength of his, these wheel-to-wheel battles. One of those huge strengths that he has of many.”

Mercedes’ technical director James Allison recently praised Hamilton’s race craft, saying he has an “utterly unblemished record” which is “unprecedented” among multiple world champions. Rosberg and Hamilton had several encounters on track, some of which ended in collisions, as they fought each other for the world championship between 2014 and 2016.

Hamilton replaced Michael Schumacher at the team in 2013. Rosberg said his experience of sharing a team with the seven-times world champion gave him the confidence to take Hamilton on.

“I was like, OK, done, I’ve conquered the most difficult guy out there. And then they say Lewis Hamilton is incoming. And I knew how good Lewis was because I raced him in go-karts for many years and I knew that he was extra-special.

“With Lewis coming, actually, it wasn’t any negativity in my mind. I was looking forward to this challenge. He was [a] world champion and remember that by the time Lewis arrived I had just won one single Formula 1 race. And here was the great Lewis Hamilton coming into the team. So it was very, very uneven in terms of statistical results in the past.

Rosberg said the intensity of their rivalry took a toll on what had been a close friendship.

“In 2013 it was still pretty much easy going because we weren’t fighting for race wins and we used to be really best friends. So that was a decent start.

“But then going into 2014, that’s when you noticed then because once you’re fighting for race wins and for championships, there’s so much at stake. Your dream is at stake. Both of us dreamed of winning the world championship with Mercedes. It’s so big.

“So then you just start to make compromises and it’s the friendship that gets compromised in return for winning races. It just went small step by small step and it just builds up. It was tough.”

28 comments on “Rosberg: Hamilton’s skill lies in ‘always staying in the grey area’”