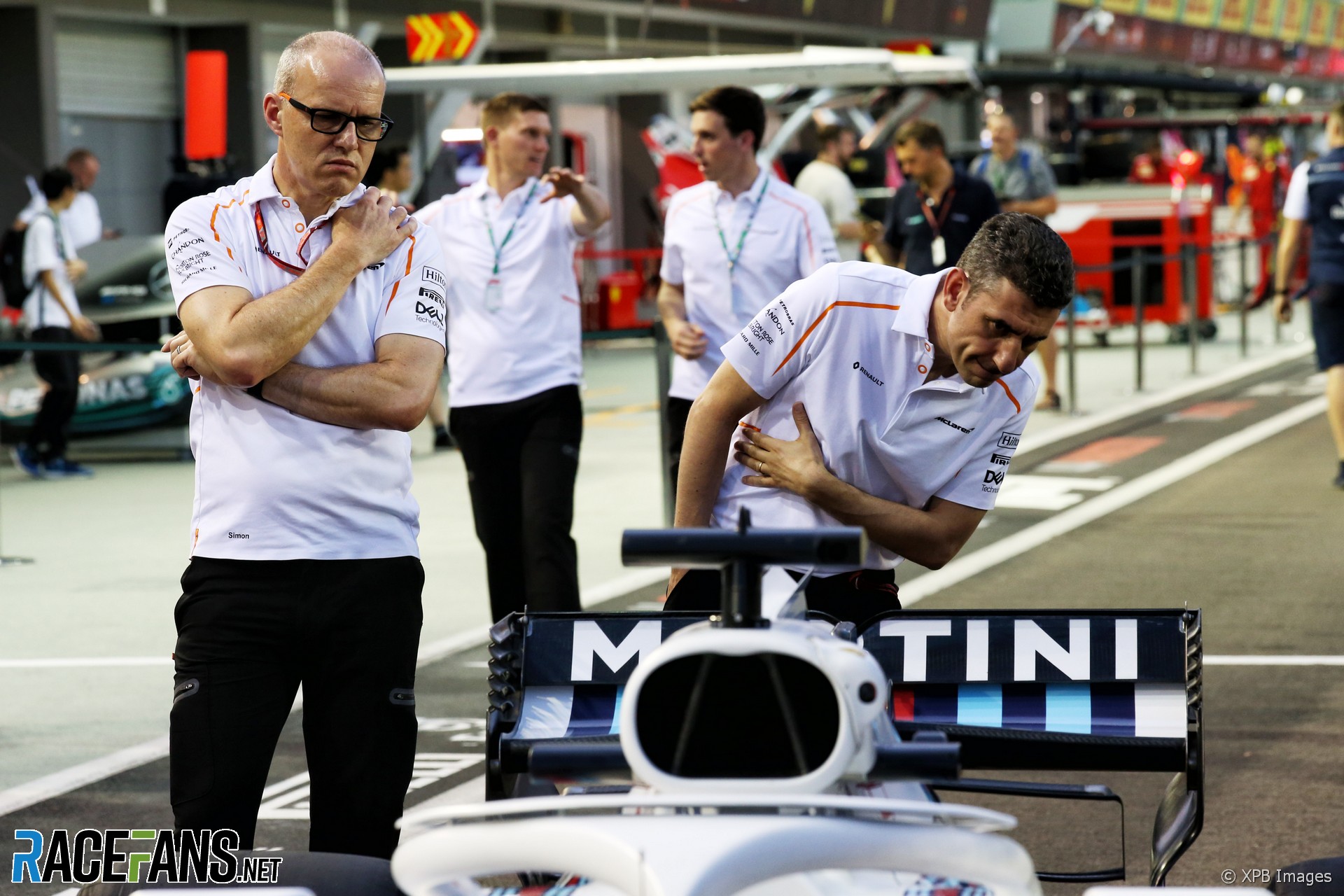 Former McLaren chief operations officer Simon Roberts will join Williams in the newly-created role of managing director for its Formula 1 team next month. He will start work at the team once the mandatory factory shutdown period has been completed.

Roberts, pictured left with Andrea Stella, previously ran McLaren’s engineering and factory operations. He will be given responsibility for the design and development of the team’s F1 cars, the factory operation and planning function. Roberts will report to CEO Mike O’Driscoll.

“Simon will bring enormous experience and knowledge to the Williams team,” said Williams deputy team principal Claire Williams. “He will lead a highly talented team that’s looking forward to designing and developing the next generation of Williams F1 cars.”

Roberts has spent the vast majority of his Formula 1 career with McLaren. He joined the team in 2003 having previously worked in the motor industry. Following a brief secondment to Force India, he rejoined McLaren in 2010, and became the team’s COO in 2017.

Williams is seeking to rebuild after sinking to the back of the Formula 1 field in recent years. The team finished last in the 2018 and 2019 championships.