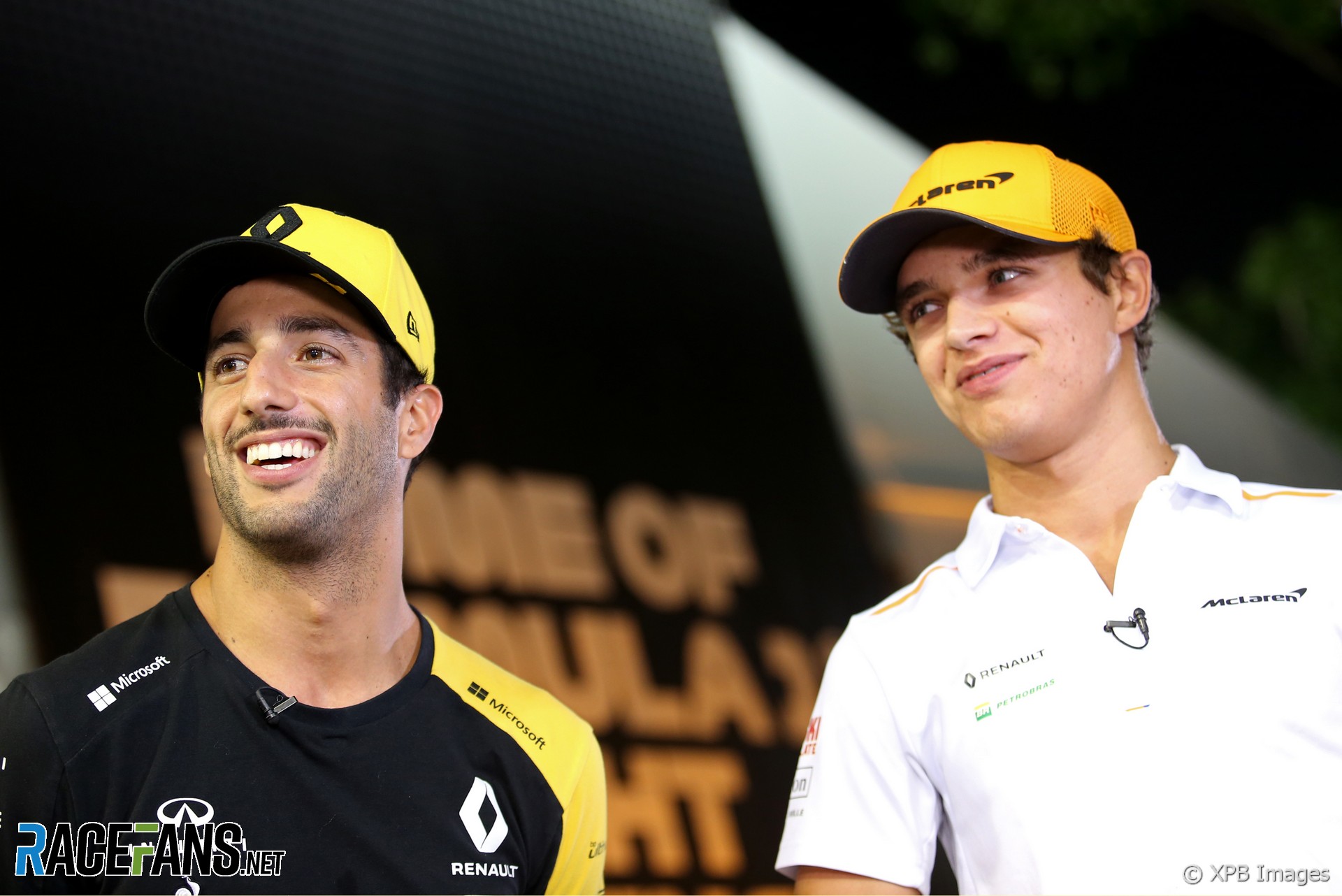 It’s official: Daniel Ricciardo will be a McLaren driver in 2021.

Had he played his cards differently, this would have happened two years earlier. Ricciardo had an offer from McLaren on the table in 2018.

He was weighing whether to split from Red Bull at the time. The team had brought him into Formula 1, but was increasingly feeling the pressure from the white-hot talent of Max Verstappen. The team’s handling of a collision between the pair of them at Baku that year left him nurturing suspicions about where their sympathies lay.

By mid-season Ricciardo had resolved to leave Red Bull. But, as RaceFans revealed as the summer break began, he threw his lot in not with McLaren, but Renault.

There were obvious compelling reasons to pick the manufacturer team over their engine customer. Renault were shaping up for the coming overhaul of the technical regulations, which were then slated for 2021 but are now postponed to 2022. The team had splashed cash on upgraded facilities, and the coming budget cap would clip the wings of their richer rivals.

There was also the not-insignificant matter of the significant payday it brought Ricciardo, estimated at north of $20 million.

Renault had finished 2018 ‘best of the rest’ behind the big three teams. But to Ricciardo’s dismay, the hope they would narrow the gap further in 2019 were dashed. The team failed to break clear of the midfield, instead, they sank back into it.

The lack of progress made with the car was bad enough, but Ricciardo was disqualified on two occasions for technical infringements over the course of the year, in Singapore and Japan. His characteristic perma-grin was tested to its limit, his trademark shoey never seen as he failed to grab any of the three podium chances which fell the way of midfield teams last year.

Come the end of the season, Renault had slipped to fifth in the constructors’ championship, soundly beaten by McLaren, while Sainz ended the year first among the midfield runners.

Ricciardo’s faith in the Renault project had taken a serious hit. In February this year Ricciardo said he expected to at least have a chance of finishing in the top three. “When I signed this initial two-year contract, I saw a podium in that signing,” he said.

“When I got to Renault I looked at the facilities and the facilities are great,” Ricciardo added. “It’s not like we’re lacking much at all in terms of that compared to the big teams.”

That being so, his decision to move to McLaren has to be read as a loss of faith in Renault. Whether he has lost confidence in their ability to win races and championships again, or merely resist the temptation to leave F1 at a time of immense financial pressure, remains to be seen.

His decision clearly stung Renault’s managing director Cyril Abiteboul, who acknowledged Ricciardo’s departure without referring to him by name in a terse statement. “In our sport, and particularly within the current extraordinary situation, reciprocated confidence, unity and commitment are, more than ever, critical values for a works team,” said Abiteboul.

Ricciardo’s latest move speaks volumes about Renault precisely he had stayed loyal to them for so long: throughout the entire V6 hybrid turbo era to date, scoring seven wins but also suffering numerous failures.

He sustained that loyalty by joining their works operation when Red Bull switched to Honda power. But moving to McLaren will put Mercedes power under his right foot in 2021.

This is a critical time in Ricciardo’s career. He turned 30 last year, has proven he can win races, but needs to find his way into a team which can challenge for the world championship. Last year McLaren began to reap the reward of the upheaval they endured in previous seasons. Will they now prove the ticket out of the midfield he is looking for?

58 comments on “Having escaped Red Bull, Ricciardo must now escape the midfield”