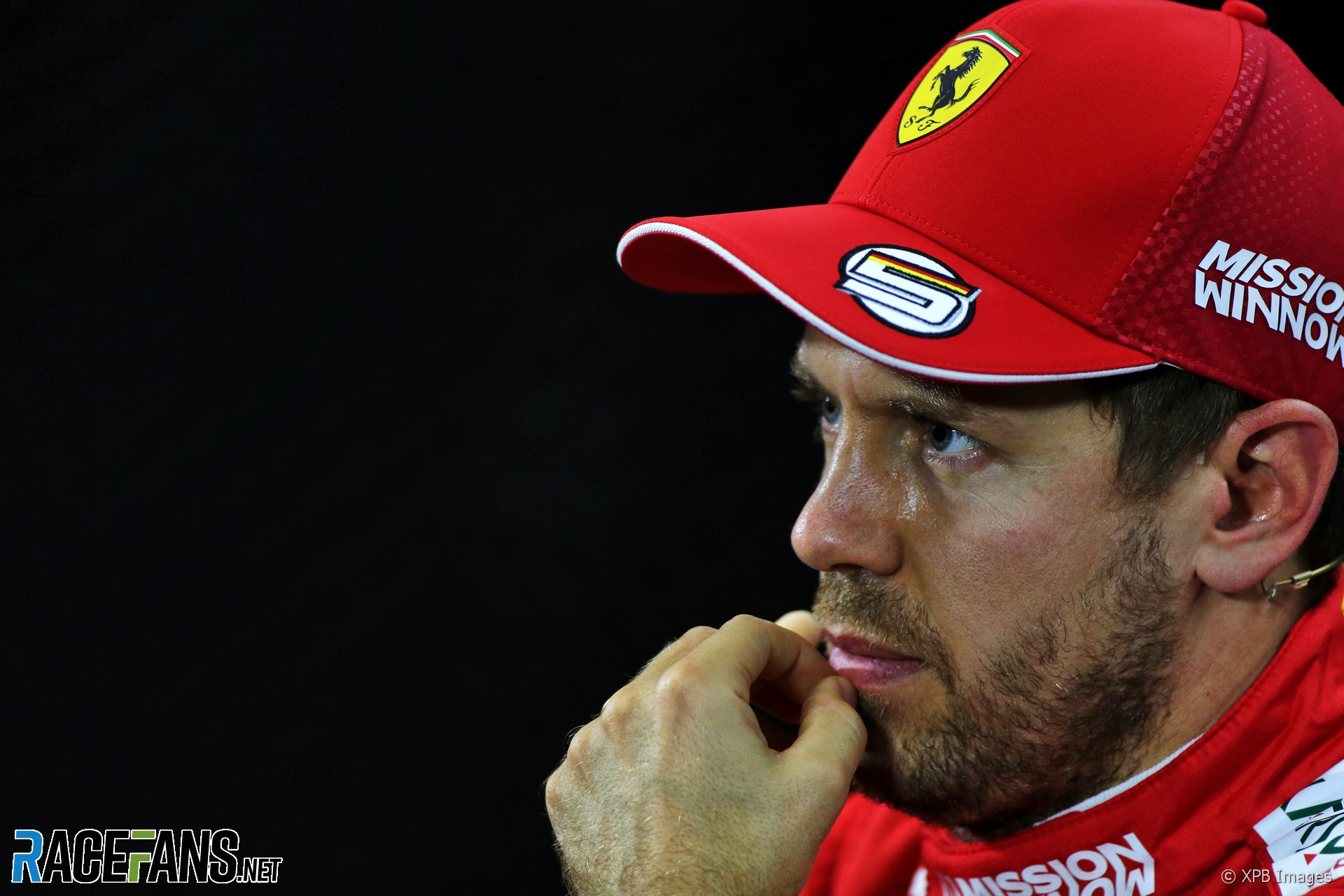 Then his record-setting runs suddenly ceased as his winning streak slowed. Vettel won 13 races with Red Bull in 2013, when he scored his most recent championship; his total victory tally over the six seasons which followed (one with Red Bull, five with Ferrari) is just 14.

Arguably, Vettel has not had a top-drawer car since 2013. But twice in that period inexperienced team mates outscored him in the wins stakes: Daniel Ricciardo in 2014 and Charles Leclerc last year.

By the end of 2019 it increasingly appeared Leclerc had become the Scuderia’s favourite son, which surely hurt. A lot.

Against that background it is little wonder Ferrari is believed to have offered Vettel only a one-year extension on vastly reduced terms for 2021 for under $10m – less than a third of what he currently earns. Similarly, it is little wonder Vettel rejected that deal, instead putting himself about in search of higher fees, either as a bargaining chip with Ferrari, or to secure an alternate seat with a better deal.

“Financial matters have played no part in this joint decision”, stated Vettel when his departure from Ferrari was announced three days ago. That may well be so, but it is equally true that in F1 a driver’s income is an indicator of perceived worth and talent, and when stock is way down it is clearly time to move on (or out).

Vettel’s decision sparked the first major moves in the 2021 F1 driver market, handing a dream Ferrari seat to Carlos Sainz Jnr and a ticket out of Renault to Daniel Ricciardo.

According to sources, Vettel knocked on doors at both Red Bull and McLaren. The former listened intently, then made clear its commitment is to younger (cheaper) talent, as Verstappen siphons off most of its budget and drivers such as Alexander Albon costs a fifth of Vettel’s minimum price. Apparently, McLaren did not even open the door for negotiations, having decided on Ricciardo after Sainz requested a release.

Thus, Vettel finds himself out in the cold with few, if any, tempting options.

He needs a berth which offers him a shot at race victories plus at least outside chance of a fifth title. Recent history points to only three teams – Mercedes, Ferrari and Red Bull – suitably equipped under the current formula, the lifespan of which was recently extended by one year due to Covid-19.

Given the rejections he’s had so far, that leaves only Mercedes. The Silver Arrows is unlikely to mess with its present winning pairing of Lewis Hamilton and Valtteri Bottas simply to accommodate a driver who recent form indicates is likely to be in Hamilton’s shadow, certainly until his feet feel secure in the footwell.

It’s hard to see Vettel playing second fiddle to Hamilton. Therefore, a move to Mercedes hinges on what Hamilton will do about his current Mercedes contract, which expires at the end of the year. A Mercedes departure for him is unlikely, even with a seventh title in the bag, for that would leave him poised to overhaul Michael Schumacher and become the most crowned driver in the history of the sport.

A more likely scenario is that Hamilton, whose options narrowed after the Sainz signing, goes for titles seven and eight in 2020/21, then retires – triggering a Mercedes’s exit which coincides with the (delayed) change of formula. So, as things stand now, Mercedes is an unlikely option for Vettel.

How about Racing Point – soon to become Aston Martin? A work-in-progress and unlikely to provide a winning car in 2021 given its ongoing restructure. This may involve a more long-term commitment than Vettel is prepared to consider at this stage in his career.

That leaves (Red Bull junior team) AlphaTauri, Haas, Sauber and Williams. Do you see any of these providing Vettel with a lucrative, race-winning package in 2021? I don’t either.

So, the final option: Retirement at the age of 33 with four titles under his belt – tied with Alain Prost in the all-time list, no disgrace, that – an estimated $200 million in the bank, and a home in Switzerland shared with loving wife Hanna and their family consisting of two daughters and recently-born son.

What’s not to like about that after 14 years in the F1 cauldron? He would also be F1’s youngest four-time champion retiree…

Announce it soon, Seb – with the dignity you so often displayed during your illustrious career.