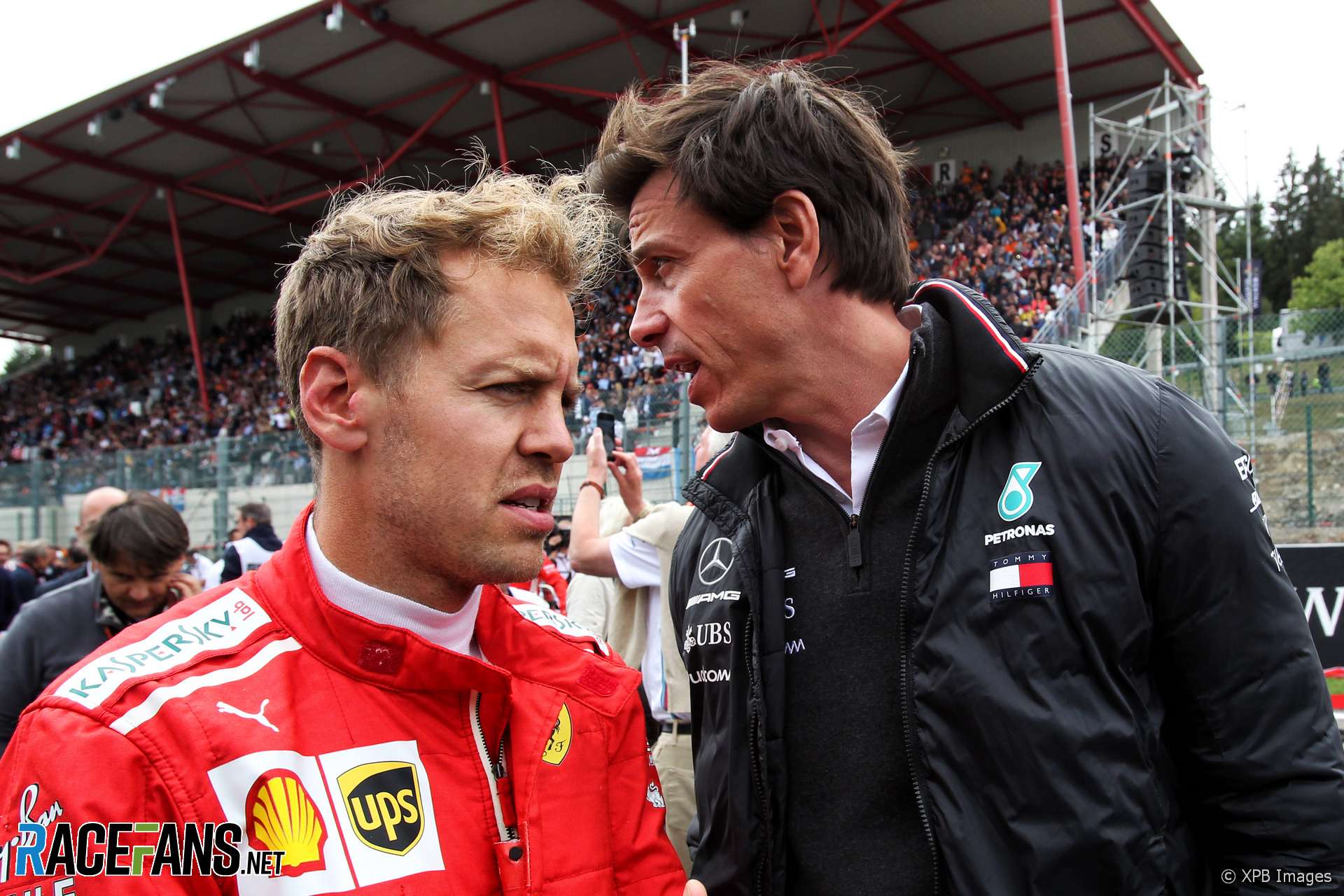 In the round-up: Mercedes team principal Toto Wolff admits hiring Sebastian Vettel would have marketing value for Mercedes but stresses the team is “pursuing a long-term strategy” with its driver line-up.

#NASCAR has restarted its 2020 season with a race behind closed doors at Darlington Raceway.pic.twitter.com/IpvUKIvMIG

Toto Wolff: "Naturally a German driver in a German vehicle would be a good marketing strategy."

"He needs to get a seat in the first three teams. Then he has a real chance to win races and another championship. I know Sebastian quite well, and that is for sure his main target."

Circuit designer Hermann Tilke is frustrated by criticism of the large run-off areas his track designs tend to feature, as they are necessary for motorbike racing.

"BBC Newsreel footage of the British and European Grand Prix on 13 May 1950, designated as the first ever F1 world championship race."

F1 at 70: why car firms can't resist the thrill of racing (Autocar)

"Even if it’s sometimes hard to trace the link, there is a genuine technology trickle-down from F1 (and other motorsports) to the showroom. It’s clearest at the hypercar end of the market, of course: the forthcoming Aston Martin Valkyrie, Mercedes-AMG Project One and Gordon Murray’s T50 (reviving the ‘fan car’ concept he pioneered in F1 in 1978!) are just the latest examples of money-no-object ‘F1 cars for the road’."

From Colditz to Silverstone: the incredible tale of Tony Rolt (The Guardian)

"Tony Rolt’s name is written into F1’s opening chapter but his story demands a broader canvas. He was a youthful prodigy, a soldier decorated for gallantry, a serial escapee in the second world war and designer and builder of the Colditz glider, a Le Mans winner and a successful engineer and businessman."

The Limit also thinks it’s time for Sebastian Vettel to hang up his helmet:

I like Sebastian Vettel. He always has something to say to the media and comes across as approachable and has a personality that adds to the entertainment value. I remember when Mika Hakkinen retired back in 2001 I was devastated, I felt he still had more to give and had retired too young. At that time, Michael Schumacher was in his pomp in a car that was superior to everything else on the grid, much like with Hamilton and Mercedes. Nearly two decades later it is clear that Hakkinen made the right choice, and although Vettel has different reasons if he does indeed retire, it would be the right choice.

In an earlier post, a fella said that Vettel’s Ferrari career was over following last year’s disastrous Brazilian Grand Prix and his crash with Charles Leclerc. I agree, in my opinion, that incident cemented minds at Maranello that Leclerc was the future and Vettel was the past.

If reports are true, Vettel was on a salary of $30 million a year. $30 million is a lot of money for the amount of mistakes Sebastian was making, and Brazil was the perfect example of that. Maybe deep down, even then, Sebastian may have already known that his number was up. He is not stupid, he has been in the sport of F1 long enough to know how things work, and to know when a team is preparing to dump you. If Vettel goes, it will be a sad moment for the fact that it will be another champion retiring. However, in my opinion, retirement has more dignity in it than staying as Vettel was in a team that had clearly decided that he was past news.
The Limit

Should Mercedes sign Vettel for 2021? Join in this week’s poll here:

51 comments on “Wolff: Vettel would have marketing appeal but Mercedes has long-term strategy for drivers”