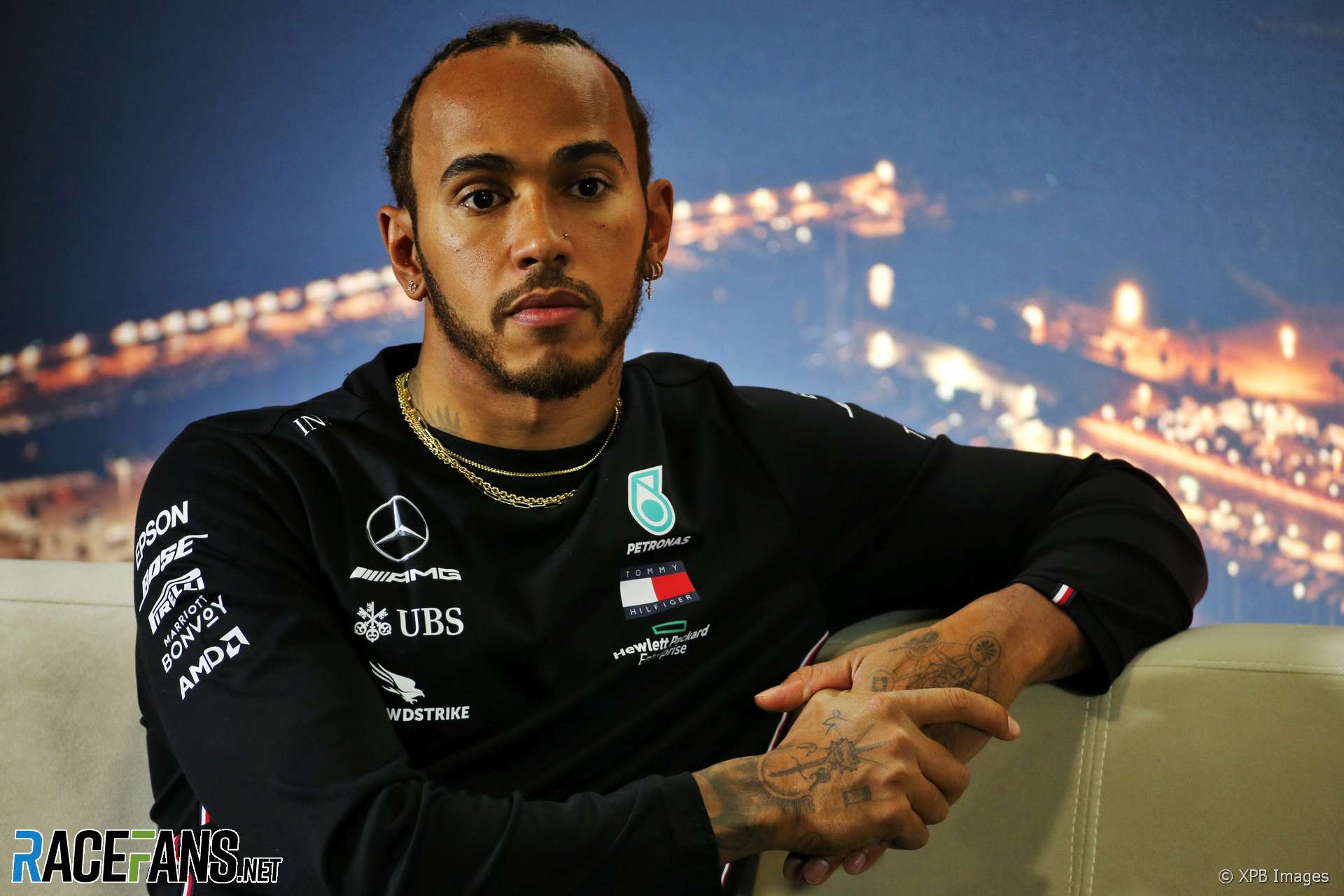 Lewis Hamilton says he’s been talking to his Mercedes team about how they can return to racing at peak competitiveness in July.

The six-times world champion described how he’s been in discussion with race engineer Peter Bonnington and technical director James Allison about getting ready to race again when the season makes its planned belated start at the Red Bull Ring.

“I do hope to come back better,” said Hamilton in a video published by his team. “But we’re going to get in the car and we’re going to probably have Friday practice and we’ll all be rusty as hell.

“So it’ll be really interesting to see how we hit the ground running. I’ve been on the phone with my team, speaking to Bono, speaking to James and trying to discuss with them a plan of how I want to arrive.

Ensuring they’re at the top of their game when the season begins is a “real challenge”, Hamilton added. “I don’t know if we’re going to be able to do it but that’s a good goal to have.”

Hamilton said he hopes to come back from the extended break due to the pandemic in even better shape than before.

“I think if you are not improving and growing during these days, then what are we doing? You’re obviously just wasting time sitting on the backside.

“Nothing’s going to get handed to any of us. We’ve got to go out there and get whatever it is that we want. And you’ve got to want it more than the person that you’re fighting against. You’ve just got to get off your arse and do it.

“I’m in pretty decent shape but I could always be in better shape. I see things like ‘I’ve got a bit of fat here, shoot, I’ve got to work harder, I’ve got to go for a run’. And in actual reality I don’t really have that much fat.”

The world champion has been isolating with his trainer and coach Angela Cullen of Hintsa Performance, but admitted: “I miss my family.”

“I’m not with my family and that’s definitely not easy because I wish I could be with my sister and my niece and nephew,” said Hamilton. “I’m sure they’d’ve driven me crazy by now but still I miss seeing them as I’m sure many people miss seeing their families.”