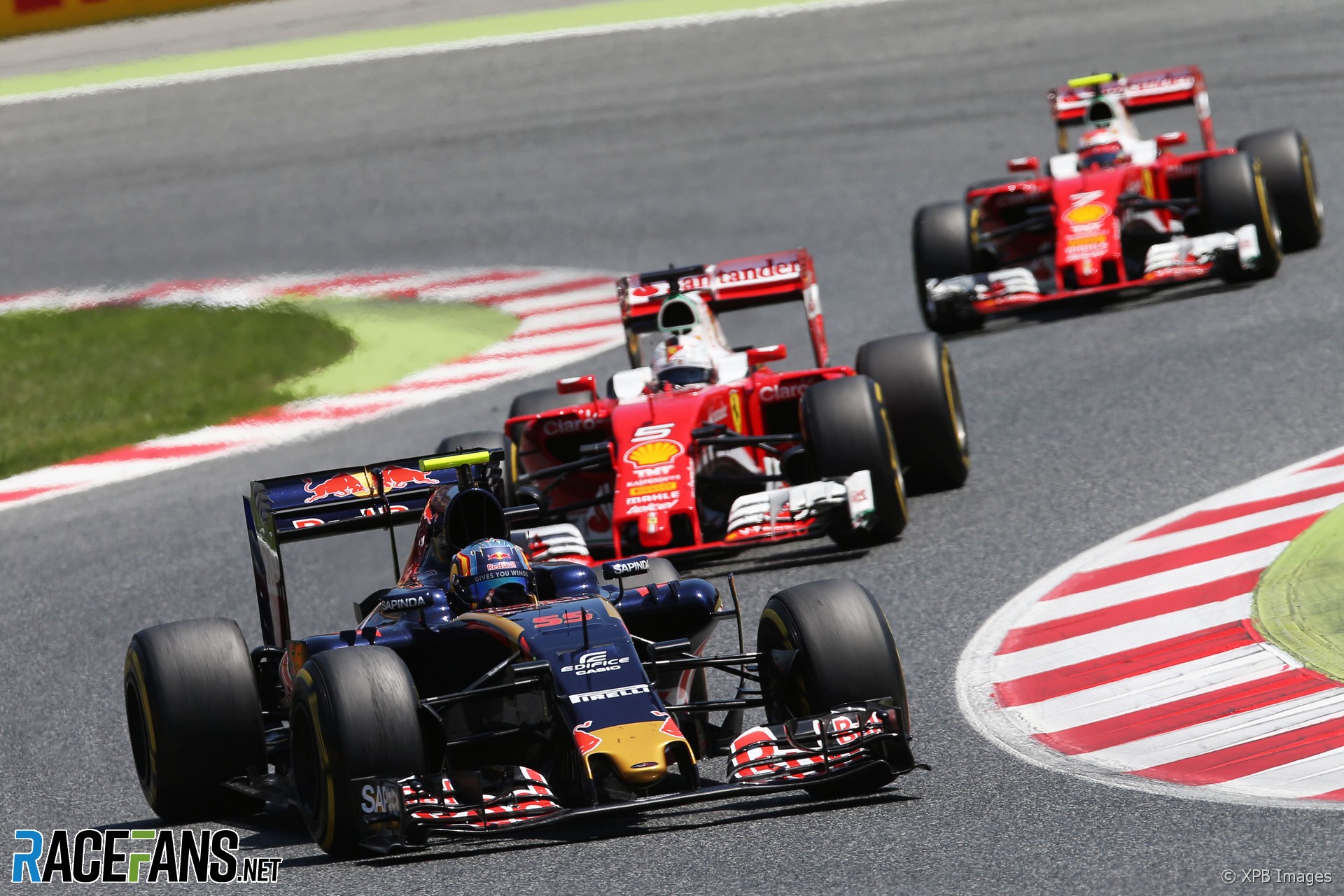 Carlos Sainz Jnr has been handed the chance of his career after landing a move to Ferrari for the 2021 F1 season.

He’s spent the first five years of his F1 career in the midfield but on several occasions he’s demonstrated he has the potential to rise above it. Here are eight of his most eye-catching performances so far.

Sainz made his F1 debut alongside the heavily hyped Max Verstappen at Toro Rosso. While his younger team mate tended to hold the upper hand, Sainz put in some fine drives too when their too-often unreliable machinery permitted it.

The very wet United States Grand Prix did not begin well for Sainz: He crashed in qualifying and lined up 20th. But from there he produced his best finish of the season.

After gaining ten places in damp conditions on the opening lap, Sainz rose further into the points by exploiting an aggressive three-stop strategy. He ended the race a wholly creditable seventh.

For the fifth round of his second season, Sainz had a new team mate at Toro Rosso. Red Bull promoted Verstappen to their top team in place of Daniil Kvyat in their top team, ending the often tense partnership of Sainz and Verstappen.

At his home race, Sainz was eager to prove that he deserved a promotion as well. From eighth on the grid, Sainz claimed third at the start after the Mercedes drivers collided.

Another great drive by Sainz which was overshadowed by Verstappen’s heroics. At a soaked Interlagos, the Toro Rosso driver started 15th and showed off his wet weather savvy again.

This was aided by a well-judged strategy. Sainz stayed on wet tyres for the whole race and never had to make a pit stop, using the red flag periods to fit fresh rubber.

With five laps to go he was fourth but Vettel and Verstappen predictably charged through in much quicker cars. Sixth was still an excellent result under the circumstances.

A tidy qualifying effort in his third visit to Monaco for Toro Rosso didn’t just put Sainz ‘best of the rest’ and within a second of Kimi Raikkonen’s pole-sitting Ferrari, it also put him well ahead of Lewis Hamilton who unexpectedly stumbled in Q2.

Could Sainz do enough in the race to keep the recovering Mercedes behind? Indeed he could. A faultless drive saw Sainz hold his sixth place, none of the faster cars ahead dropping out, and Hamilton in his mirrors when the chequered flag fell. No wonder RaceFans readers named him Driver of the Weekend.

At a damp Singapore, Sainz’s Toro Rosso briefly went into anti-stall mode when the lights went out. But his decision to start the race on intermediate tyres made up for the error.

Sainz nursed his rubber until the track was dry enough for slick tyres, which he stayed on until the end of the race. He crossed the line a career-best fourth on the same weekend he announced his impending move to Renault, which happened three races later.

Eight races into his Renault spell, Sainz needed a result. He delivered it in a typically chaotic race on the streets of Baku. From ninth on the grid, Sainz put in an outstanding first stint passing both Red Bull drivers before coming in for fresh tyres.

That early stop dropped him behind his rivals but he was able to make up ground slowly during his second stint. He gained two places when the Red Bull drivers collided and fended off Charles Leclerc’s following Sauber the Safety Car period to secure fifth place.

McLaren was Sainz’s third team in as many years. Slipping into the seat previous occupied by his hero Fernando Alonso, Sainz delivered an assured campaign which saw him become the first driver from outside the ‘big three teams’ to score a top-six finish in the drivers championship for four years.

His performance at Sochi Autodrom was typical: He had the midfield under control the whole weekend, qualifying sixth and starting fifth thanks to a gearbox change penalty for Verstappen.

His race pace was good enough to keep the delayed Red Bull of Alexander Albon behind, but a Safety Car tipped the balance in favour of the Red Bull driver, and Sainz couldn’t stop his rival from taking fifth place late in the race. Nonetheless, RaceFans readers again voted Sainz as Driver of the Weekend.

Relegated to last due to an engine problem in qualifying, Sainz brought himself into content through a long opening stint on soft tyres which ultimately allowed him to make one fewer pit stop than those around him. Late Safety Car periods brought rivals on fresher tyres onto his tail, but Sainz held a quicker Raikkonen at two restarts.

On many previous occasions Sainz had delivered top-drawer performances but had to follow a full complement of faster cars home. Not this time. Three front-runners dropped out ahead of him and a post-race penalty for Hamilton handed Sainz his first podium in F1 and McLaren’s best result for five years.

Which other performances by Sainz in F1 – and other categories – impressed you most? Have your say in the comments.

45 comments on “From the midfield to Ferrari: Eight races which showed Sainz’s star potential”