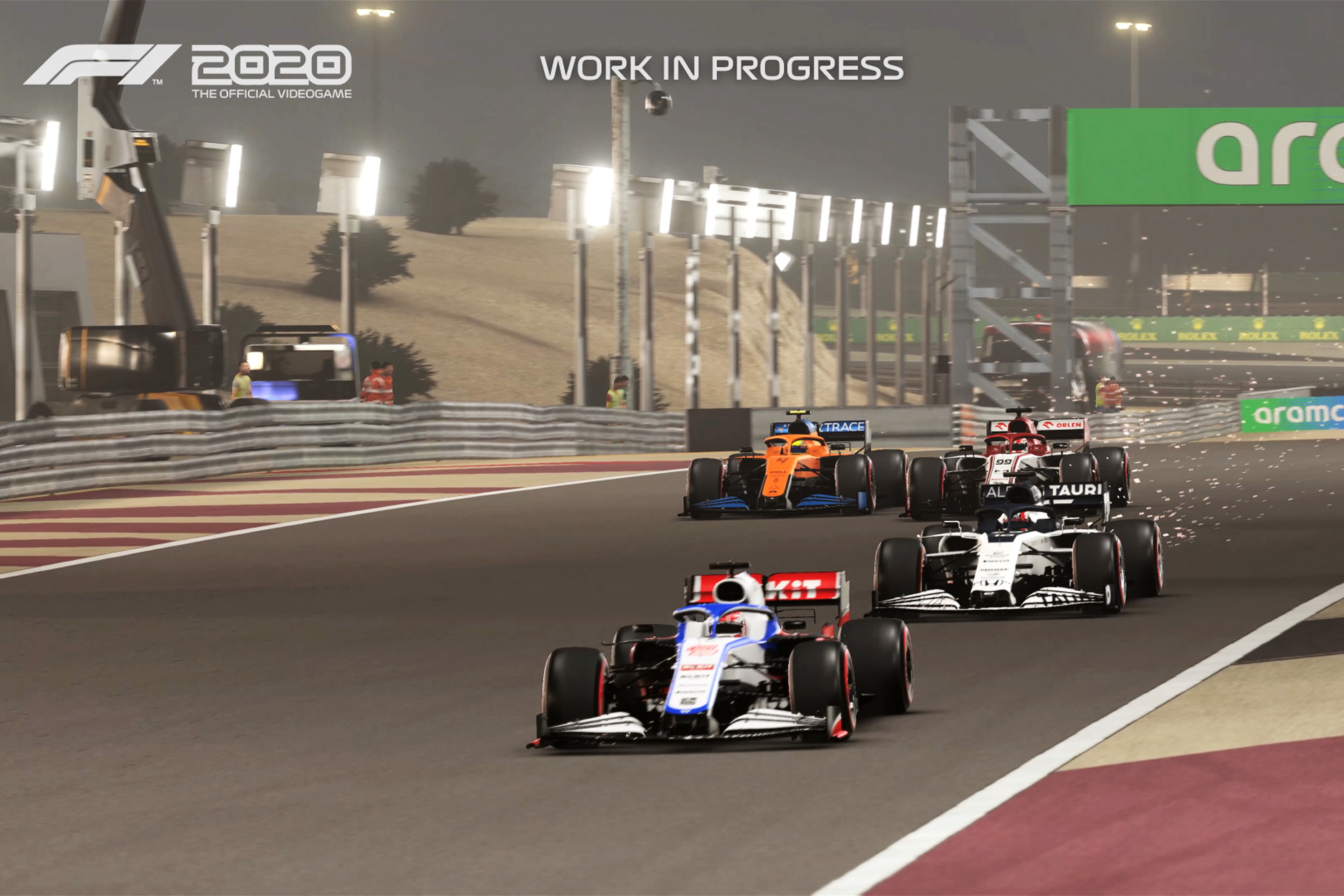 Formula 1’s successful association with Codemasters, producers of its official racing game, has been running for over a decade. The latest title in the series, F1 2020, is due to arrive early in July.

The series has to appeal to a broad demographic, including not only long-term fans with decades of experience playing driving games, but also new and first-time players who are still learning the basics about every facet of motorsport.

Nonetheless Codemasters are acutely aware of the need to satisfy both groups. F1 2020 includes both finely detailed refinements to car physics which hardcore players will appreciate, and a new ‘casual’ driving mode to make the game more accessible for rookies.

Nonetheless some players believe F1 would be better off splitting the two into separate games: A light, accessible ‘arcade’ game for joypad-wielding newcomers and casual gamers, and an uncompromisingly realistic simulation for dedicated players who’ve splashed cash on wheels, pedals and even simracing rigs.

Those fans were given hope earlier this week when F1 admitted it has taken notice of the rise of the growing popularity of “hardcore simulation” games and was considering whether such a title could belong in its growing roster of official games.

They could hardly afford to overlook it. IndyCar, NASCAR and Australian Supercars have demonstrated the value of licensing their cars for iRacing, where their real-world drivers have flocked to while the championships have been on hiatus due to the pandemic.

In contrast it has taken two months to get as many as eight of its regulars onto F1 2019 for its Virtual Grand Prix. Max Verstappen and Romain Grosjean have both said they’re prioritising iRacing for their simracing activities.

Lando Norris, who raced in the IndyCar and Supercars series in addition to F1’s Virtual Grands Prix, said the current edition of the sport’s official game, F1 2019, is “too much like an arcade game” for real-world drivers.

But a crucial difference means creating an F1 simulator is a more challenging proposition than it is for IndyCar and others. The specification of the cars is far more tightly controlled in these championships than it is in F1.

The core mechanics of IndyCar’s current DW12 chassis, for instance, have been essentially unchanged for nine years. Occasional aerodynamic changes have been made, and the car has different trim levels for superspeedways compared to road and street courses, but otherwise the game makers have had the luxury of time to produce a single car.

In F1 that complexity is multiplied several times over. First, each team creates its own car. Second, those cars change every year. Third, further changes are introduced during seasons. Fourth, some components are rotated between similar tracks.

None of this makes creating an F1 simulator an insurmountable challenge. But there is another significant obstacle: Teams want as little information as possible about their cars getting into the public domain, because once it’s out there they’ve surrendered a potential competitive advantage to their rivals.

Codemasters get the essential details they need to build their models, but that’s it. Teams will protect their valuable design secrets and intellectual property as carefully as they can.

Mercedes technical director James Allison did not sign off the W11, put down his pencil then call up Codemasters’ F1 game director Lee Mather and say “right, we’ve got this thing called DAS…”

Like the rest of us, Codemasters only discovered DAS during testing because Mercedes couldn’t hide it. “We watched the video, you see Lewis [Hamilton] doing his little push and his pull and you think ‘that’s incredible’,” said Mather in response to a question from RaceFans.

As their junior driver George Russell observed, DAS is the visible tip of the iceberg when it comes to innovations on the W11. There are plenty more hidden beneath its surface.

The teams’ sensitivities to exposing their secrets is why the media and paddock pass-clutching fans alike aren’t allowed to poke their cameras around the back of cars or anywhere near an F1 machine when its covers are off.

Can a sport which invites teams to pay hundreds of millions of pounds to create racing cars bristling with cutting-edge technology also expect those same teams to surrender enough details of the inner workings of those cars for them to authentically simulated?

Bear in mind this is the same championship which recently cut a secret deal with one team because it couldn’t work out whether their power unit complied with the regulations or not.

Could this change in the future? Perhaps. The 2022 (formerly 2021) technical regulations overhaul will, many believe, strip F1 cars of their individuality to a greater degree than ever before.

Whether that’s good for the sport is another debate. But perhaps it will go some way towards making a publicly-available official F1 simulation game a reality. And, of course, if the sport believes there are enough potential buyers out there.