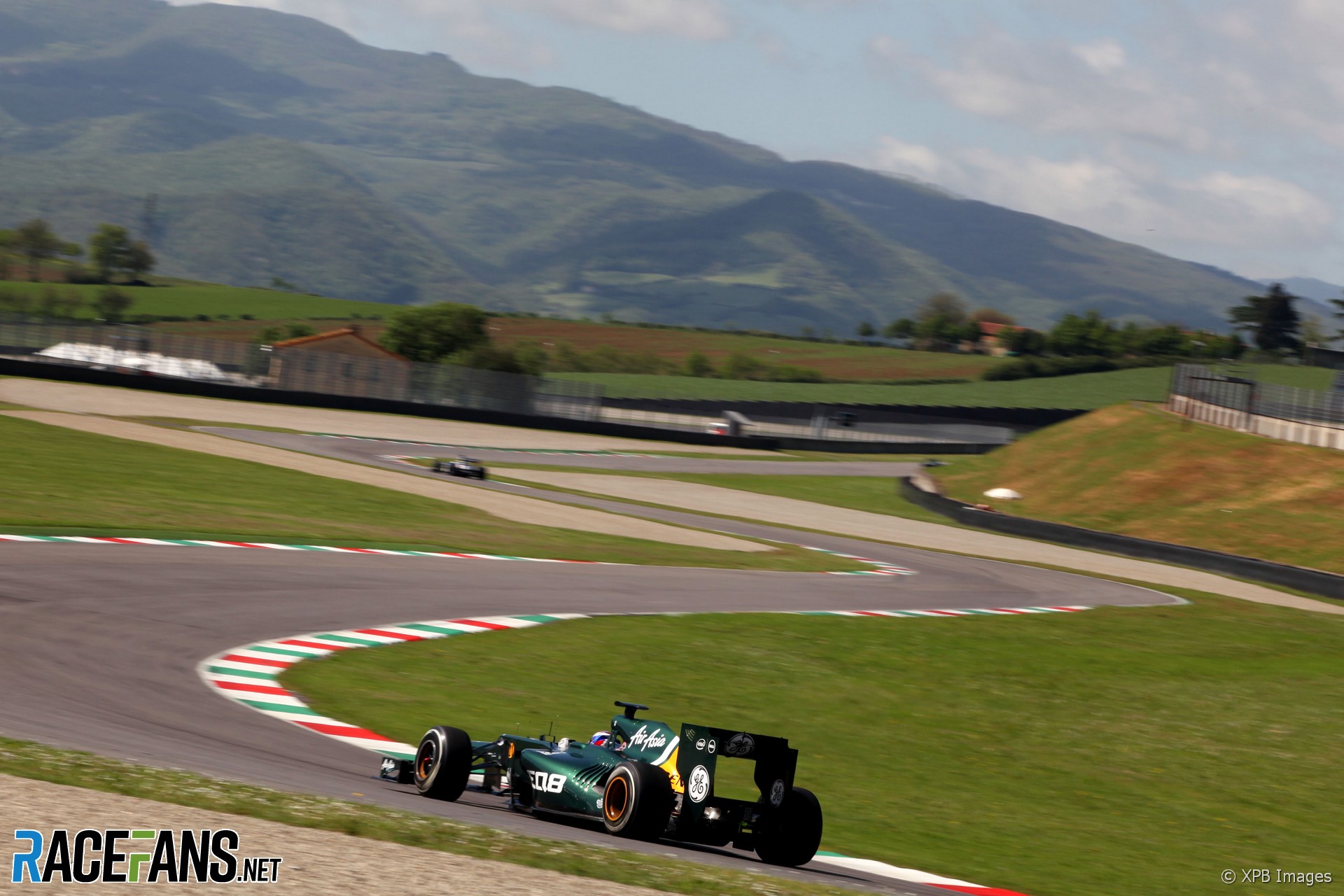 The 2020 F1 calendar originally consisted of a record-breaking 22 different races.

Then a pandemic swung a wrecking ball into Liberty Media’s plans, and the first 10 races of the season have all been called off.

Question marks hang over other races. The possibility of racing at Silverstone was thrown into doubt yesterday. The Singapore Grand Prix promoters have said their race can only go ahead on its originally scheduled weekend of September 20th and cannot be held behind closed doors – criteria which are going to be challenging to fulfil.

Many postponed events are hopeful of returning to the championship later in the season. But Formula 1 chairman and CEO Chase Carey admitted the sport could end up racing at some tracks which weren’t originally on the 2020 schedule.

So where could it race? These venues hold the FIA grade one certification necessary to hold F1 races but weren’t originally on the 2020 roster:

The most recent home of the German Grand Prix was dropped from the calendar at the end of 2019. However Germany’s relative success in tackling the spread of the pandemic, plus the fact the Hockenheimring held a race last year, makes it an obvious candidate as a short-notice addition to the calendar. The truncated layout may be hard to love, but it can produce great races, especially when the weather lends a hand like it did last year.

Some of the same reasoning for Hockenheim obviously applies here, though F1 hasn’t raced on the modern Nurburgring since 2013. Hockenheim therefore represents an easier ‘in’ for the championship.

Formula 1’s motorbike counterpart Moto GP intends to start its postponed season at the twisty Andalusian circuit in July. F1 hasn’t raced there since the dramatic, title-deciding 1997 European Grand Prix, and stopped testing at the circuit a few years ago.

Not the little-loved street circuit, which fell into disrepair after holding five wholly forgettable races and one cracker between 2008 and 2012, but one of F1’s preferred former testing venues. Like Jerez, it’s more of a bike circuit, rather too tight for F1.

Lying fairly close to Barcelona, the Hermann Tilke-designed Aragon circuit hasn’t hosted F1 yet. Moto GP visits the track, however, and Formula Renault 3.5 put on some terrific races here. Run without the chicane on the back straight, it looks like a track which could produce a decent grand prix too.

The remoteness which played against Magny-Cours when it hosted the French Grand Prix between 1991 and 2008 may work in its favour in the age of the Coronavirus. The track is a bit of an oddball, extremely smooth and with a very short pit lane which excites the kind of people who really like strategic races. Modern F1 cars would looks spectacular in the quick right-hander leading onto the back straight.

Yes, Ferrari’s test track has grade one status. At 2.9 kilometres it’s even shorter than Monaco, and so wouldn’t meet the FIA’s minimum F1 circuit length. Infrastructure would be a challenge too, and nine of the teams might object to one of their rivals having a bit of a home advantage…

The Autodromo Enzo e Dino Ferrari made noises about standing in for the Chinese Grand Prix before the pandemic took an awful toll on Italy. It’s been modernised since it last held the San Marino Grand Prix in 2006, losing one of its many chicanes.

While Mugello (pictured top) has never held a round of the world championship, F1 last tested there as recently as 2012. It’s not unlike Zandvoort in that it has a quick, flowing layout which and offer little room for error. The Coronavirus cloud really would have a silver lining if this gem of a track got an F1 race.

One of the more interesting modern facilities, the Algarve track had the misfortune to be built just as F1 imposed strict limits on track testing. Aside from two visits in the 2008-09 off-season, F1 has stayed away. It is understood to have expressed an interest in welcoming the world championship.

The best corners at F1’s Portuguese home of the eighties and nineties have been neutered. The viciously tight Saca Rolhas (‘corkscrew’, but not in the epic Laguna Seca sense) slows the approach to Parabolica, and the first two corners were tightened after F1 left in 1996.

Widely considered one of the best creations by Formula 1’s favourite circuit designer Hermann Tilke – and that’s not just damning with faint praised. Blessed with an expansive tract of land (albeit a long way from its titular host city), Tilke produced a layout which blends gradient, challenging corners such as the dramatic turn eight, and natural overtaking opportunities.

A few too many corners crammed into a relatively confined space means gives Moscow Raceway the feel of a scaled-up go-kart circuit. It’s best remembered for the DTM’s inaugural visit, when a qualifying session had to be abandoned because president Vladimir Putin’s jet flew over, meaning the medical helicopter was not allowed to fly…

Romain Grosjean would surely like the idea of racing here – he won GP2 Asia’s first three visits to the track in 2008. Featuring a fairly quick opening sector, it has some potential as an F1 venue.

And Sebastian Vettel would be first to call for a return to the former home of the Indian Grand Prix: He won all three F1 races at the Buddh International Circuit from pole position between 2011 and 2013. The track has developed some outrageous bumps since F1 left and was turned into a quarantine centre when the pandemic hit the region in March.

Having been the scene of that epic 1976 championship-decider, then dropped from the calendar 12 months later, Fuji was welcomed back to F1 in the late noughties. However what had previously been a very quick track was heavily modified, especially at the end of the lap, where the dauntingly quick right-hander leading onto the main straight was replaced by several slow corners. The track therefore lost much of the spectacle a venue sat in the shadow of Mount Fuji deserved.

There aren’t many people clamouring for a return to South Korea’s remote track outside Mokpo. The layout was derivative of many other additions to the calendar around the same time, there was little evident local enthusiasm for the race, and after four visits F1 never went back.

The newest track on this list is another Hermann Tilke creation which opened last year. It packs 20 corners into its near-six kilometre length with an up-tempo middle sector. Istanbul’s quadruple-apex turn eight, mimicked at Circuit of the Americas, has another replica here too.

How about a home race for Alexander Albon? Buriram is another Asian track which has taken Moto GP to heart.

Indianapolis hosted the world championship when the Indy 500 was a points-scoring race from 1950 to 1960, despite not being run to Formula 1 rules. The championship proper raced there from 2000, on a little-loved road circuit inside the oval, but succeeded largely in disgracing itself with a contrived finish in 2002 and a six-car farce three years later. IndyCar races more successfully on a revised version of the track, but nothing is ever going to compare to that mighty oval.

The newly-built Kymiring is expected to become Finland’s first F1-standard track, but doesn’t have its FIA grade one certification yet.

Which of these tracks would make good venues for F1 – pandemic or otherwise? Have your say in the comments.