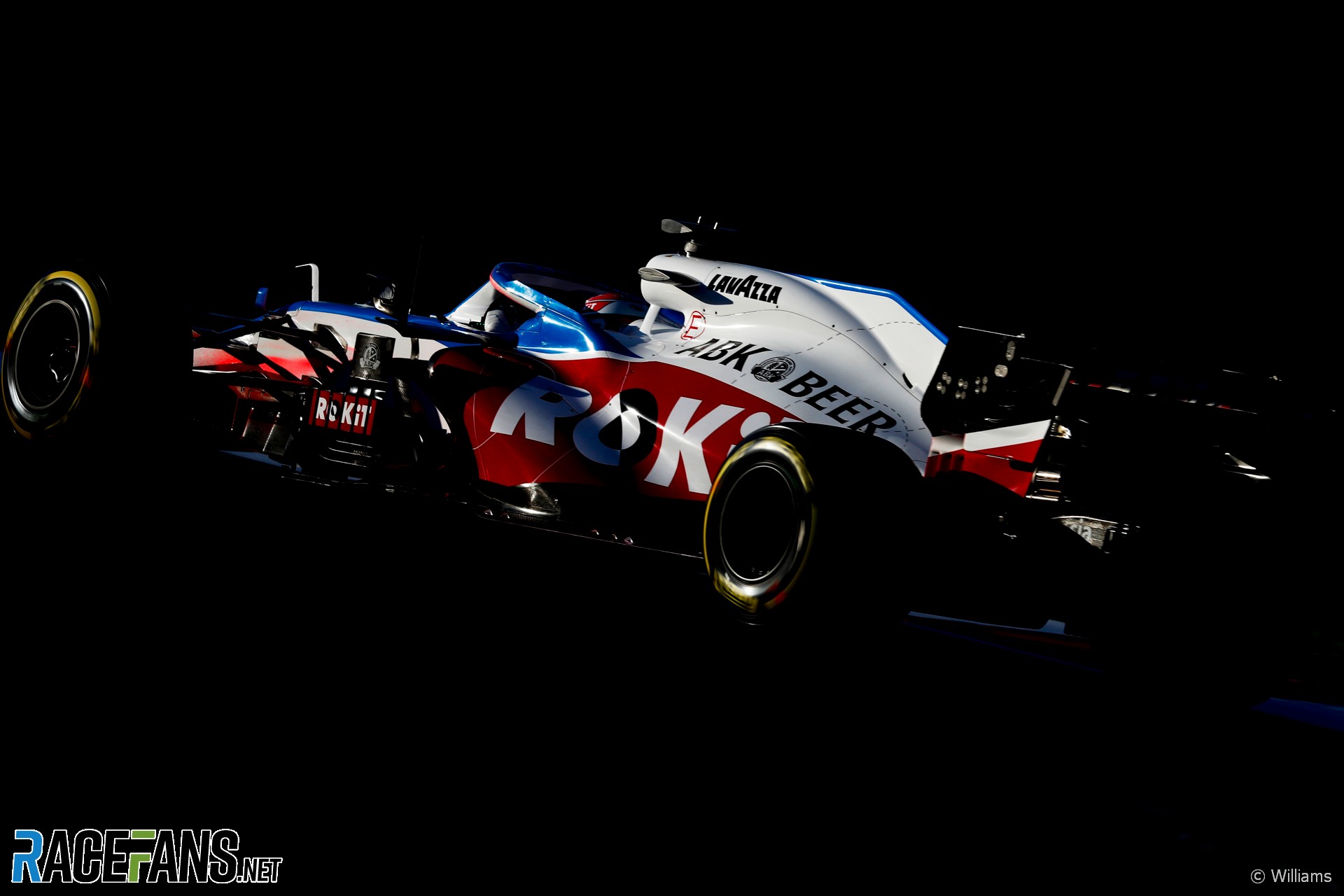 Even by Formula 1’s standards, that was a huge week for news.

Over the following days the McLaren Group announced a major redundancy process, carmaker Renault signalled that despite laying 15,000 heads globally it will remain in F1 – though for how long remains to be seen – and the FIA World Motor Sport Council ratified a major package of rules changes to further cut teams’ costs.

Topping all of those, on Friday morning Williams revealed it had made a £13 million loss and was offering its team for sale. It may have finished last in the most recent two seasons, but it’s a measure of how highly regarded the team still is that the news prompted such interest.

During a subsequent briefing of select media attended by RaceFans, deputy team principal Claire Williams took exception to a suggestion that the team was in “long-term decline”, responding that they had suffered “two bad years”. However, the record shows their last world title was in 1997, their last win in 2012 (and the second-to-last was another eight years earlier) and the team’s championship placings have slumped over the last five years from third in 2014 and 2015 to 10th and last in the two most recent seasons.

The hard truth is the Williams business model of building an entire car (besides engine) in-house is now obsolete. This has enabled teams such as AlphaTauri, Racing Point, Sauber and Haas – all of whom source technologies from ‘motherships’ – to leapfrog Williams in the rankings, and all the more so as the trend accelerated. Only one other non-manufacturer team (McLaren) currently has a similar model, and it, too, hit headlines this week.

However, the real issue is that Williams suffered the brunt of F1’s inequitable revenue structure, one which has seen Ferrari, Mercedes and Red Bull cream almost $2bn in bonuses alone over six years, while Williams received just $60m in revenues over and above its share of prize money – which hit investments in crucial facilities and technologies. During the same period McLaren earned around $180m.

True, some teams received no bonuses, but they have manufacturer owners (Renault), wealthy benefactors (AlphaTauri, Haas), or faced bankruptcy before being saved by billionaires (Racing Point, Sauber). Where McLaren is majority owned by Bahrain’s sovereign wealth fund, Williams is listed in Frankfurt and owned 52% by founder Sir Frank Williams, from a modest family background and knighted for services to F1.

While ‘Williams for sale’ makes a powerful headline, this remains but one of the possible outcomes, along with a sale of minor or majority stakes or options open to the owners as they endeavour to procure incoming investment as part of a strategic review. This is no fire sale – as some outlets would have their readers think – a point underscored by Claire when she said no redundancies are planned.

Asked by RaceFans to clarify the situation, Williams CEO Mike O’Driscoll said some were “rushing to conclusions in the various headlines that are appearing.”

“There are no prescribed outcomes,” he continued, “and we were clear about it in the release this morning.

“We’re looking at a range of options. The capital injection all the way through minority [share], [or] whole sale, is just one of many, many options. And I think to arrive at that conclusion [of sale] probably makes headlines, but it’s not necessarily factual and it’s not the way we’re looking at it.

“So we’re working through a process. We’ve got a couple of great banks helping us and I really would just leave it at that.”

As difficult as this move may be to contemplate for Williams and its supporters, the timing is at least on their side. The sport faces one more season under its outgoing, largely frozen regulations as rubber-stamped on Wednesday, during which more equitable revenue structures and a (lower) budget cap kick in. Thereafter F1 switches to its ‘new era’, which should deliver lower costs, tighter grids, better racing and an improved spectacle.

The company structure – the Williams family holds (52%), American healthcare mogul Brad Hollinger and former Williams technical director Patrick Head around 14% and 9% respectively, 22% is on free float in Frankfurt and the balance held by minority investors – means a range of options is open to investors dependent on the size of stake required. Equally, the company could be taken private and de-listed.

There is expected to be no shortage of interest: The Williams brand still resonates strongly with fans across the world, and F1’s new covenants (once signed) means prospective team owners need to deposit $200m in an anti-dilution fund to buy into the sport; acquiring a going team avoids that.

Equally, numerous parties – including Russian chemicals billionaire Dmitry Mazepin, the owners of the Panthera F1 project and serial F1 applicant Adrian Campos – have expressed interest in acquiring a team, and Williams provides a turn-key opportunity that could be readily adapted to different business models, be they manufacturer, satellite, or full independent operating out of a custom facility, albeit one requiring upgrading.

It would, of course, be a great pity to see the Williams name and family disappear from F1 as part of any investment or sale, but even those two factors are not foregone conclusions for an investor or purchaser could conceivably acquire a minority stake, thereby providing much-needed capital for upgraded facilities and technologies.

Today’s statement merely signals the start of review process to attract investment, and is not (yet) a For Sale sign. Whether it comes to the latter only time will tell.

40 comments on “Analysis: Will Williams be sold – and who might buy?”