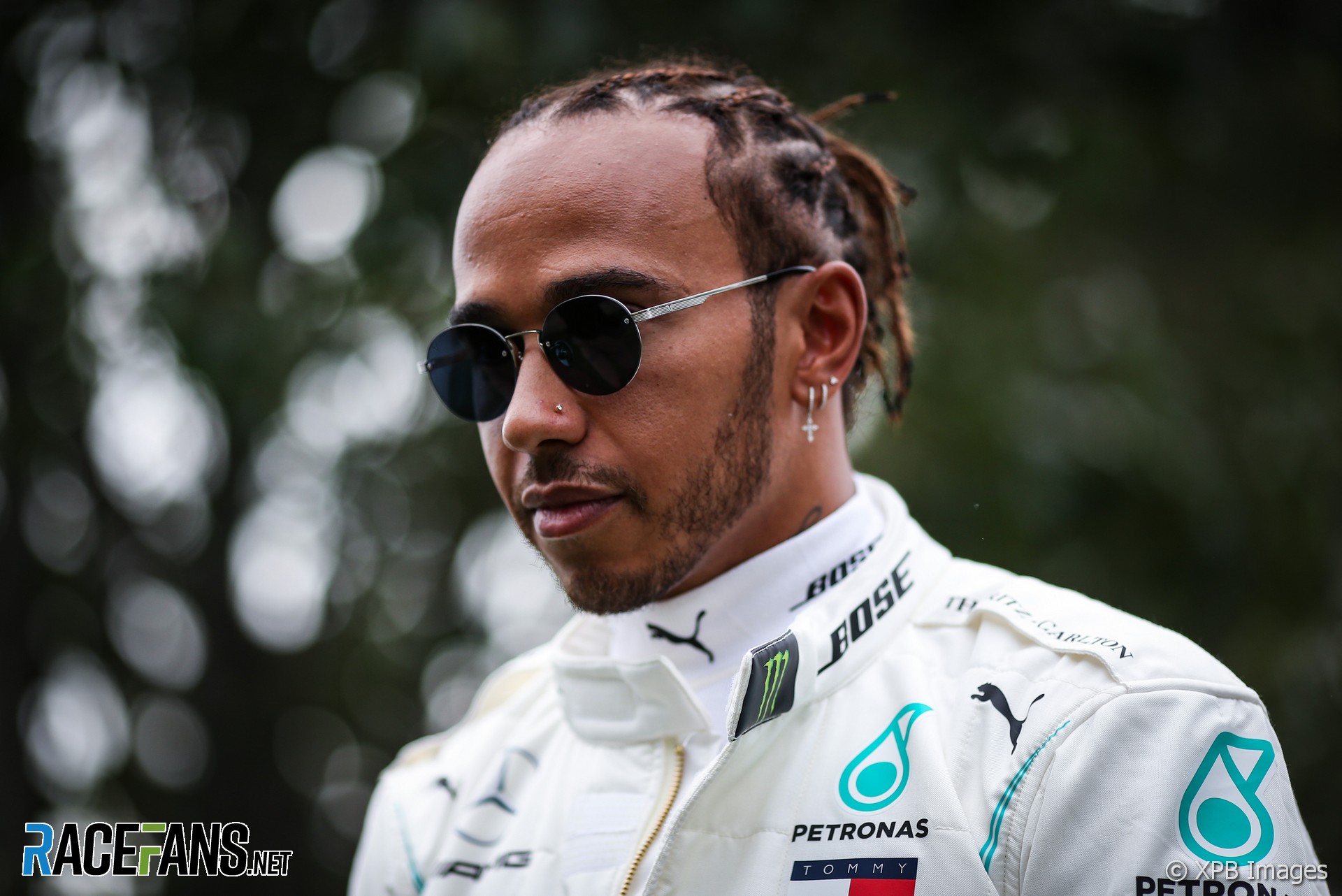 Lewis Hamilton said he “failed to keep hold of my emotions” in his response to the killing of George Floyd last week.

The Formula 1 world champion challenged his fellow drivers to speak out against racial injustice on Sunday, a call which many of them responded to.

On Tuesday Hamilton told his social media followers: “This past week has been so dark. I have failed to keep hold of my emotions.

“I have felt so much anger, sadness and disbelief in what my eyes have seen. I am completely overcome with rage at the sight of such blatant disregard for the lives of our people. The injustice that we are seeing our brothers and sisters face all over the world time and time again is disgusting, and must stop.”

“So many people seem surprised, but to us unfortunately, it is not surprising,” said Hamilton. “Those of us who are black, brown or in between, see it everyday and should not have to feel as though we were born guilty, don’t belong, or fear for our lives based on the colour of our skin.

“Will Smith said it best, racism is not getting worse, it’s being filmed. Only now that the world is so well equipped with cameras has this issue been able to come to light in such a big way.”

Hamilton said it was only because of the anger prompted by Floyd’s killing that the authorities had charged officer Derek Chauvin with third-degree murder and second-degree manslaughter.

“It is only when there are riots and screams for justice that the powers that be cave in and do something, but by then it is far too late and not enough has been done. It took hundreds of thousands of peoples complaints and buildings to burn before officials reacted and decided to arrest Derek Chauvin for murder, and that is sad.

“Unfortunately, America is not the only place where racism lives and we continue to fail as humans when we cannot stand up for what is right. Please do not sit in silence, no matter the colour of your skin. Black Lives Matter.”