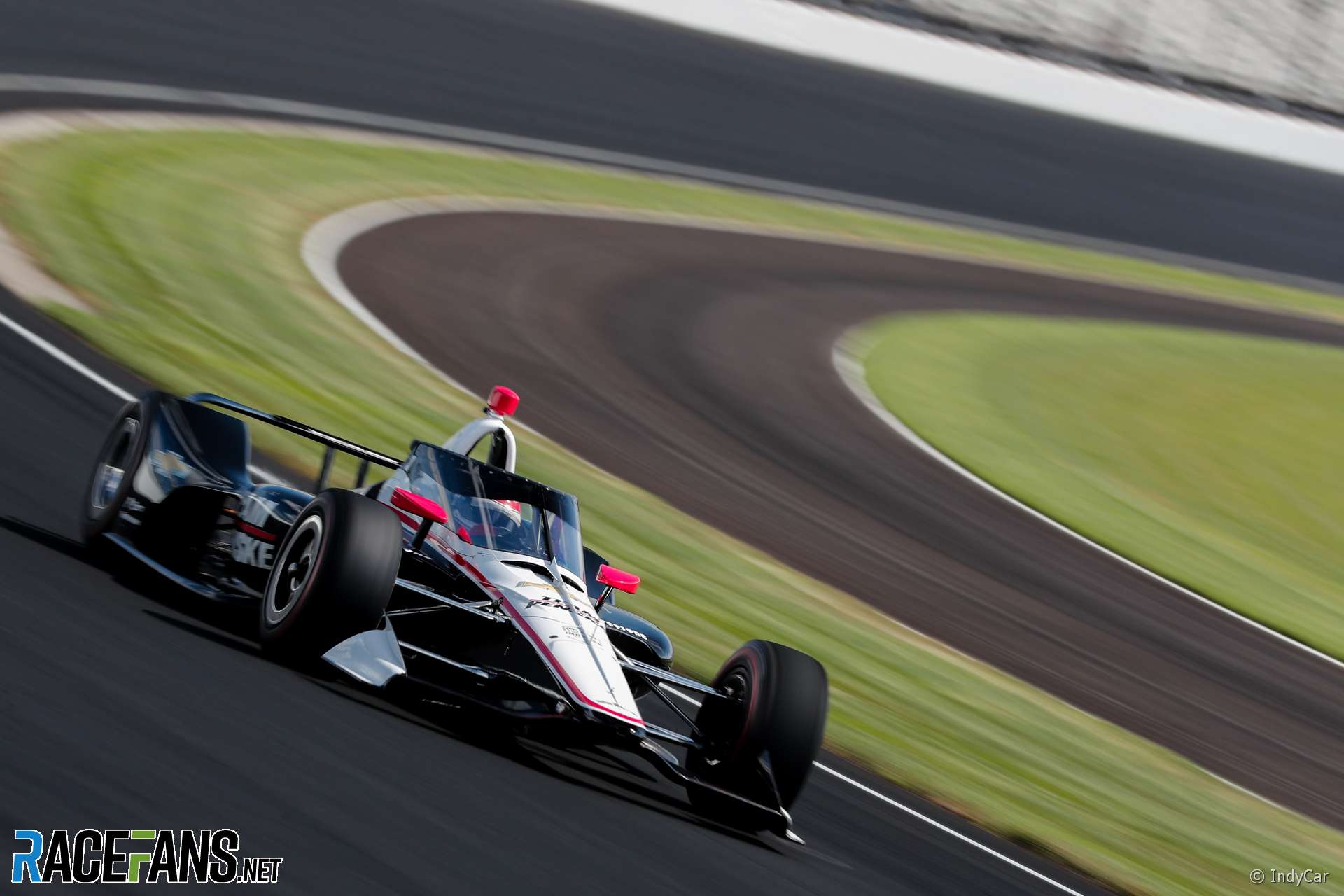 The long wait is over. The international single-seater season, postponed for months by the global pandemic, begins tonight.

The 2020 IndyCar season was supposed to begin three months ago on the streets of St Petersburg. Instead that race will now conclude the compressed calendar – in just four months’ time.

With that and another seven races from the beginning of the championship postponed or cancelled, the series will begin this weekend with what was originally scheduled as its ninth race, at Texas Motor Speedway.

IndyCar filled the gap between its cancelled season-opener and tonight’s race with an iRacing-based esports series which was generally well-regarded until the last few laps of its final round degenerated in an unseemly string of deliberate crashes. Happily, now things are finally about to get real again.

Before the pandemic the major off-season development in IndyCar – which had been in development for months if not years – was the takeover of the series by Roger Penske’s organisation. That creates the unusual situation that the championship is now owned by the same person who fields its most successful team. Penske drivers have won three of the last four championships and nine of last year’s 17 races.

The team retains its stellar line-up of Will Power, Simon Pagenaud and Josef Newgarden. All are IndyCar champions, Newgarden the reigning two-time winner. Now he needs a victory in the series’ blue riband race – the Indianapolis 500, postponed from May to August – to match his team mates.

The closest competition for the Chevrolet-powered cars is likely to come from the two main Honda entries. Ganassi boasts the huge experience of five-times champion Scott Dixon plus the obvious talent of sophomore racer Felix Rosenqvist. The team has bolstered its grid strength with a third car this year for Rosenqvist’s compatriot, F1 refugee Marcus Ericsson, who mustered a single top-six finish in his debut season last year with second place to Dixon in Detroit.

While Andretti line-up includes 2012 champion Ryan Hunter-Reay, it was 2016 Indianapolis 500 winner Alexander Rossi who emerged as the most consistent threat to Newgarden’s title run last year. The team also has the services of Zach Veach plus two other drivers at satellite teams: Marco Andretti’s Herta-run car and the Harding entry piloted by 2019’s most impressive newcomer, two-times winner Colton Herta.

James Hinchcliffe will appear for the team at selected races having been surprisingly ousted from the Schmidt Peterson team in one of the off-season’s other surprise developments. McLaren’s alliance with Schmidt has brought a new and inexperienced line-up into the team: Ex-Red Bull junior Pato O’Ward and Indy Lights champion Oliver Askew. How much a difference the input of the powerful McLaren organisation will make is one of the most intriguing questions the new season poses, along with anticipation of Fernando Alonso’s returned to the postponed Indianapolis 500.

Joining Askew as new additions to the grid this year are Rinus Veekay at Carpenter and Alex Palou at Coyne. If the latter shows the same flair in a spec Dallara chassis as he did in Super Formula and Formula Renault 3.5 he could be one to watch this year, but it’s a shame the team hasn’t been able to retain multiple Champ Car champion Sebastien Bourdais within its fold. Santino Ferrucci now drives that distinctive black-and-yellow striped car.

All the drivers and teams will have a significant new addition to make sense of this year. The series will run the new Aeroscreen at all events, enhancing the head protection offered to the drivers. Unlike F1’s Halo, it incorporates a screen, so its effect on the aerodynamics of the car is much more pronounced. As well as altering the car’s centre of aerodynamic pressure, affecting the handling and tyre wear, testing has shown its affects the cars’ slipstream as well, which will be particularly significant for tonight’s oval race.

Tonight’s race will be the first time for 12 years that the series has opened on an oval. The planned return to Richmond has been scrapped, so IndyCar will make two visits to Iowa’s tiny track instead.

However the pandemic has forced the series to cancel all three of its street races at Long Beach, Toronto and Detroit (the latter a double-header). Visits to Barber Motorsports Park and the Circuit of the Americas have also been shelved. Along with Iowa, the spectacular road courses Road America and Laguna Seca will double up, bringing the planned total number of races to 14.

Tonight’s race will be a teaser of the action which is to follow. The teams will have a month’s wait until they hit the track again, then cram in no fewer than five races in the space of just 15 days, as IndyCar’s disrupted season finally gets started.

We’ll be following the action from Texas on RaceFans Live. Join us at 1am BST on Sunday morning (8pm Saturday evening Eastern time). Qualifying will begin three hours before the race and practice will be held seven hours before the green flag.

14 comments on “It’s about to get real: IndyCar’s delayed 2020 season begins tonight”