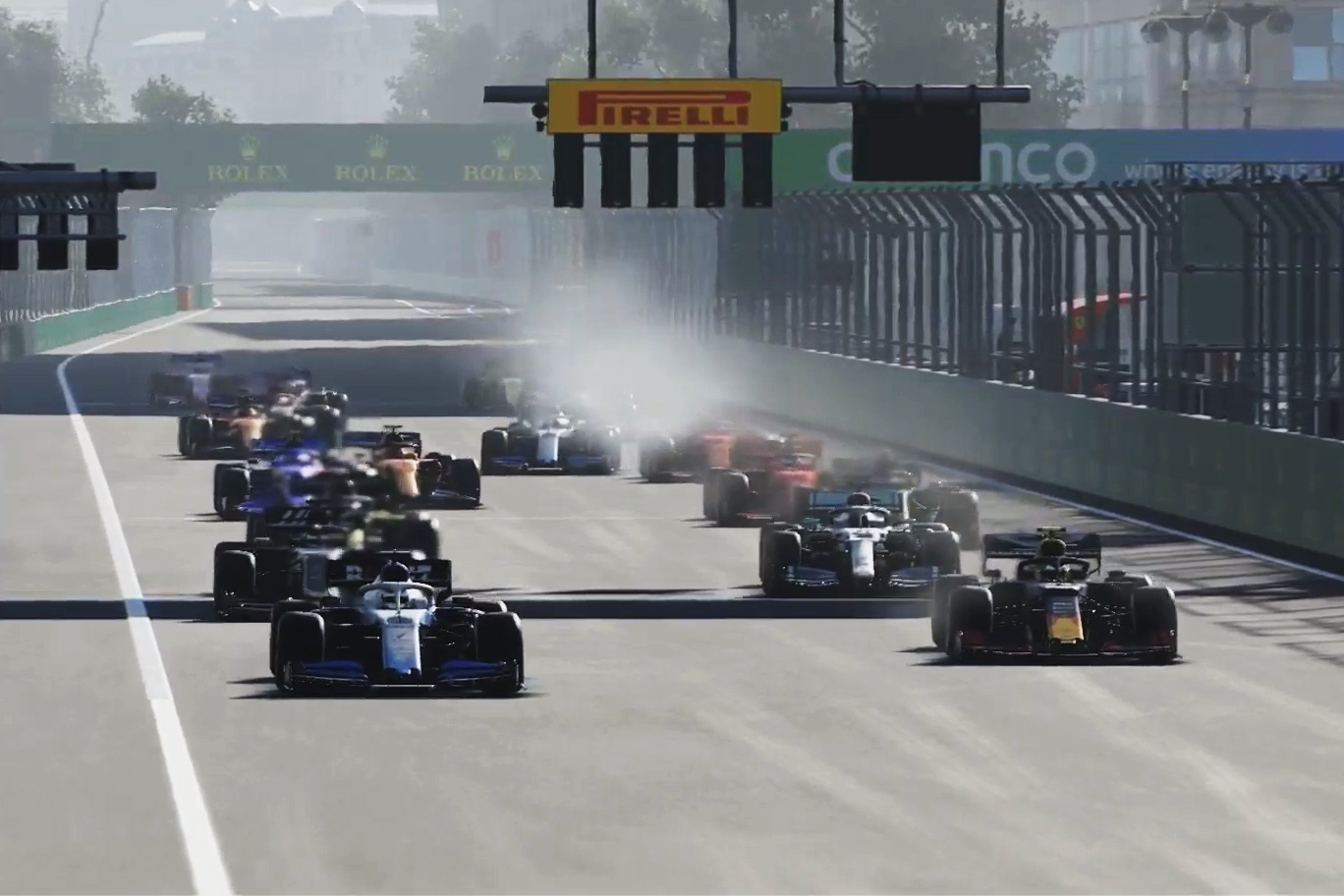 George Russell extended his run of victories in Formula 1’s Virtual Grand Prix series with a consummate victory around the Baku City Circuit.

The Williams driver took pole position with a lap which put him on a par with some of the professional esports drivers. He shared the front row of the grid with Alexander Albon, and kept his Red Bull rival in check throughout proceedings.

Albon ducked into the pits one lap before Russell and chanced a switch to the hard tyre compound. Russell opted for mediums, and emerged ahead of his team mate Nicholas Latifi, who had Albon in his mirrors. Albon soon worked his way past Latifi, who was yet to pit, but by the time he had done so Russell was three seconds up the road.

As the laps worse down Russell became increasingly concerned the degradation would bring his rival within range. But Albon was already starting to struggle with fuel use. Then, with a handful of laps remaining, he incurred a time penalty for track limits violations.

The outcome of the race was no longer realistically going to go any other way from that point on. Despite his penalty, Albon had more than enough time in hand over third-placed Esteban Gutierrez.

Lando Norris took his best finish in the series so far with fourth, while Oscar Piastri performed superbly on his debut in the series to finish fifth.

Pietro Fittipaldi came sixth despite being assaulted by his cousin Enzo going into turn one at the start, triggering a collision which also involved Piastri. Latifi, Ben Daly, Anthony Davidson and Jimmy Broadbent completed the top 10.

Charles Leclerc had a poor event. Having qualified only 10th he was involved in several first-lap incidents and finished 14th behind Thibaut Courtois, Pierre Gasly and the other Ferrari of Enzo Fittipaldi.