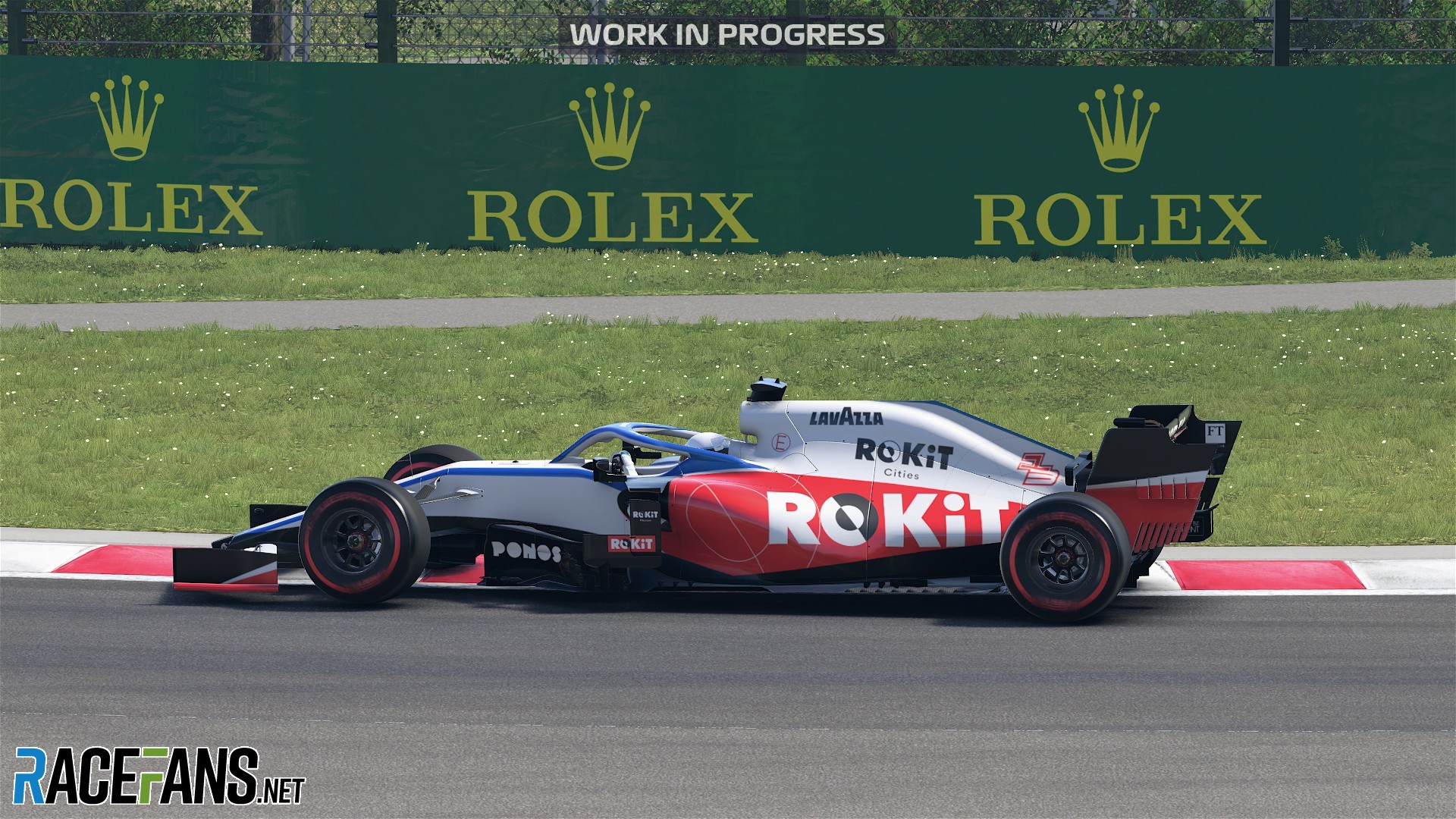 George Russell says he is surprised by the improvements Codemasters have made to how cars handle in F1 2020, the upcoming new edition of the official Formula 1 game.

Russell revealed on social media he was “shocked” by the improvements he felt in a version of F1 2020 he played recently. The will go on sale on July 10th.

“I’ve recently played the new F1 game and it was super-good,” said Russell in a conversation with Sergio Perez. “I was really surprised.”

Perez, who entered the F1 2019-based Virtual Grand Prix series for the first time last weekend, described the difficulties he had getting the car to turn the way he wanted it to in the previous game.

“It’s all in the downshifts,” said Russell. “You’ve got to use the downshifts at the right time. It’s so difficult in this game. But the new one is really good, none of this stupidness is there.”

The game developer Codemasters say they have made several changes to F1 2020 based from feedback from drivers such as Lando Norris. The McLaren driver previously said he would recommend serious racers play iRacing or rFactor instead of the official F1 game.

Last month a Formula 1 spokesperson indicated the sport could offer an official simulator game in the future.

RaceFans has tested a preview version of F1 2020 but coverage of certain aspects of the game, including its handling model, is under embargo.