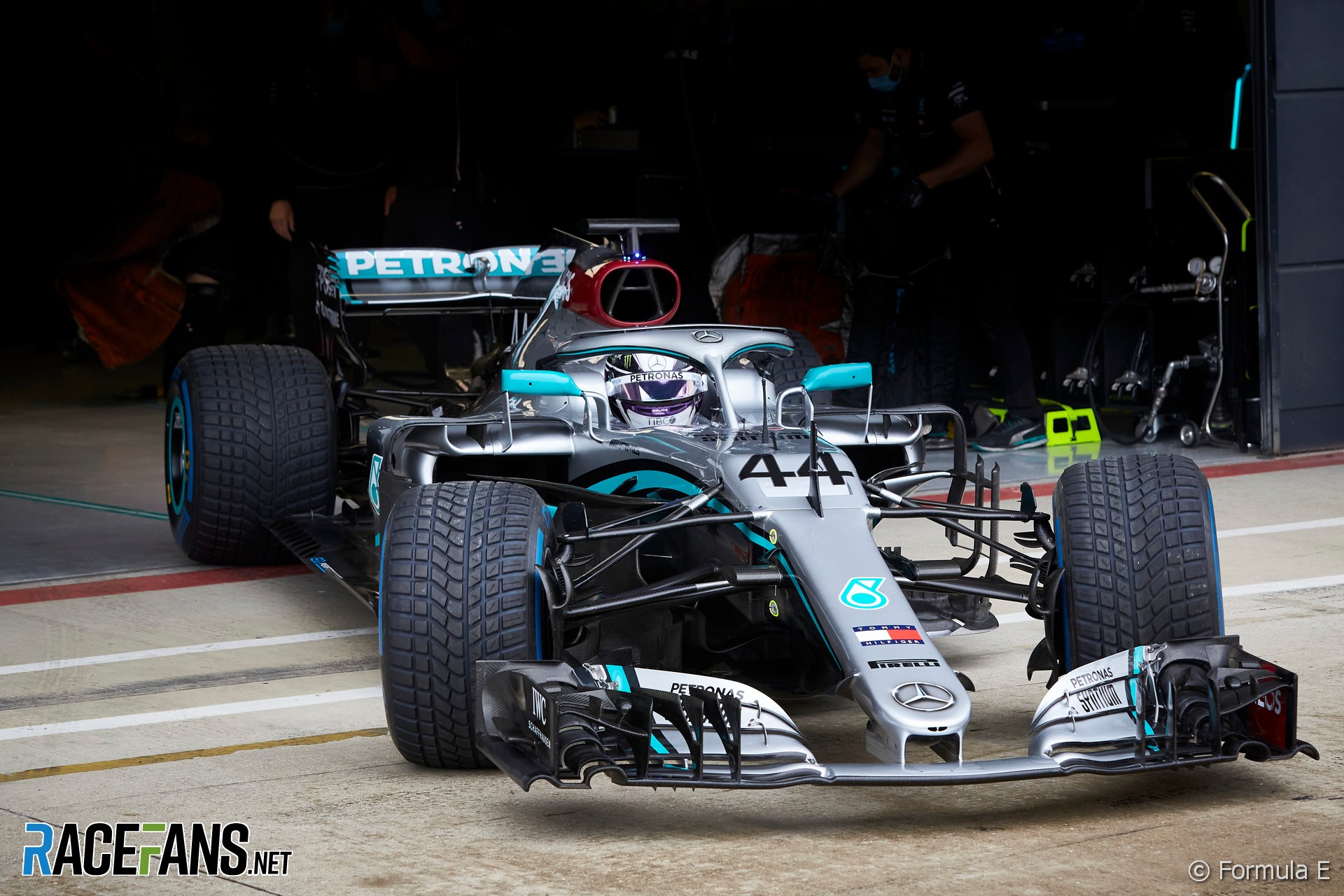 Lewis Hamilton has returned to the wheel of a Formula 1 car for the first time since pre-season testing as Mercedes continues running at Silverstone.

The track was damp as the test began earlier today. Hamilton has taken over from team mate Valtteri Bottas in the W09 chassis the team is running at the track which will hold the British and 70th Anniversary grands prix this year.

Mercedes is taking advantage of F1 rules which allow teams to conduct tests with two-year-old cars in order to practice its procedures for participating in races which are held behind closed doors. Team members including Hamilton are wearing personal protective equipment including face masks and gloves.

“For all of us racers it’s just the right atmosphere to see the car in action and hear the engine roar,” said team principal Toto Wolff yesterday.