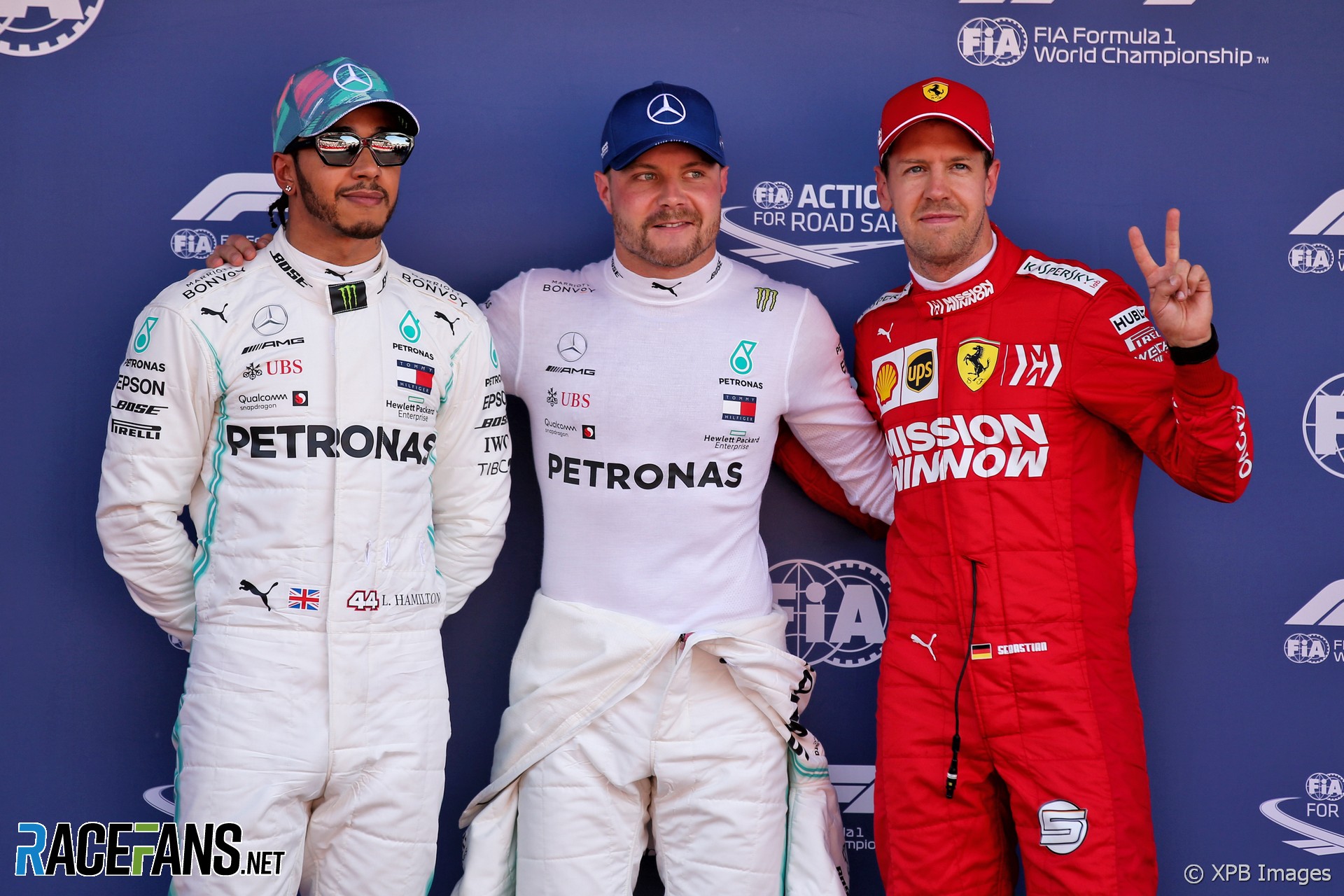 Sebastian Vettel is not in contention for a drive at Mercedes next year, Valtteri Bottas believes.

The Ferrari driver confirmed last month he will not drive for the team again in the 2021 F1 season. Bottas and team mate Lewis Hamilton’s Mercedes contracts with the team both expire at the end of this season, prompting speculation Mercedes could make a move for the four-times world champion.

However Bottas told Sky today Mercedes have given him assurances about any interest they may have in Vettel.

“We’ve been very honest about what the situation is all the time about contracts, and I got a pretty straight message that no, they’re not considering Seb. So I said fine, no worries then.”

Mercedes team principal Toto Wolff said last week Vettel could be considered if Bottas or Hamilton were to leave the team.

Several driver moves for 2021 have already been confirmed despite the new season not having started yet. Bottas said he was not concerned about the possibility of losing his seat next year.

“It’s the same as every year for me,” he said. “I find it quite funny that with not even a single race done there’s been people getting my seat. It made me laugh. So there’s no pressure from that side.”

Bottas joined Mercedes from Williams in 2017. He has signed one-year deals with the team each season since his arrival.

13 comments on “Mercedes are ‘not considering Vettel’, says Bottas”