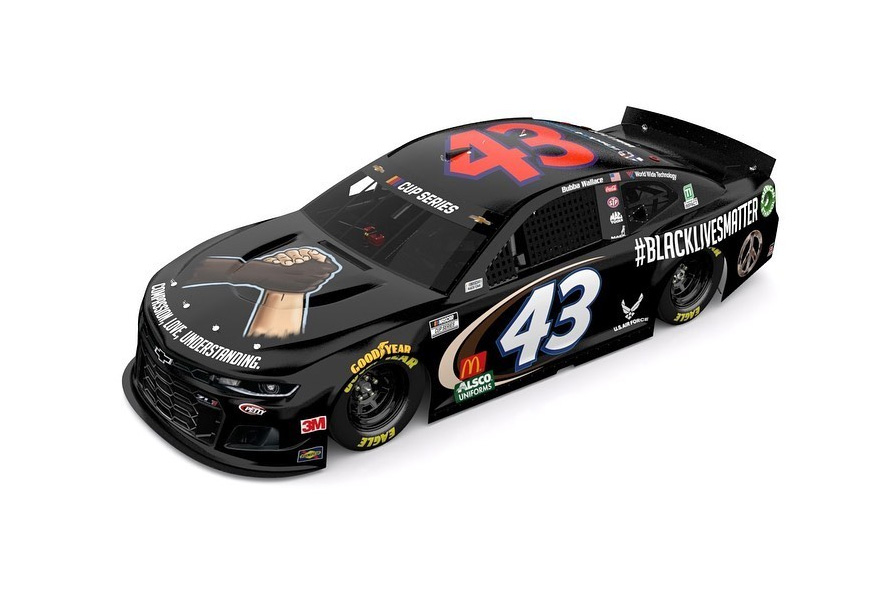 NASCAR driver Bubba Wallace has revealed he plans to race a livery showing his support for the Black Lives Matter movement in today’s race.

Wallace, the only full-time black racer in the series, revealed a rendering of the car in a social media post. It bears the legend ‘compassion, love, understanding’ on the bonnet with an image of black and white hands clenched together. The ‘Black Lives Matter’ hashtag appears on the car’s flanks.

He intends to race the livery tpday at Martinsville. “Proud of everybody’s efforts in getting this scheme worked out,” said Wallace. “Let’s change the world.”

Wallace wore a T-shirt showing his support for the movement at last weekend’s race in Atlanta. NASCAR also observed a “moment of listening” in response to the turmoil which has gripped America, and spread to other countries, since the death of George Floyd two weeks ago.

In April one of Wallace’s rivals, Kyle Larson, lost his drive and was suspended by NASCAR after he used the n-word during an esports event. A recent documentary about Willy T Ribbs, who raced in NASCAR during the mid-eighties, also shed light on the series’ previous problems with racism.

NASCAR instituted its Drive for Diversity programme in 2004 to bring more competitors from non-traditional backgrounds into the series. Larson, who is of Asian-American descent, was one of the programme’s graduates.