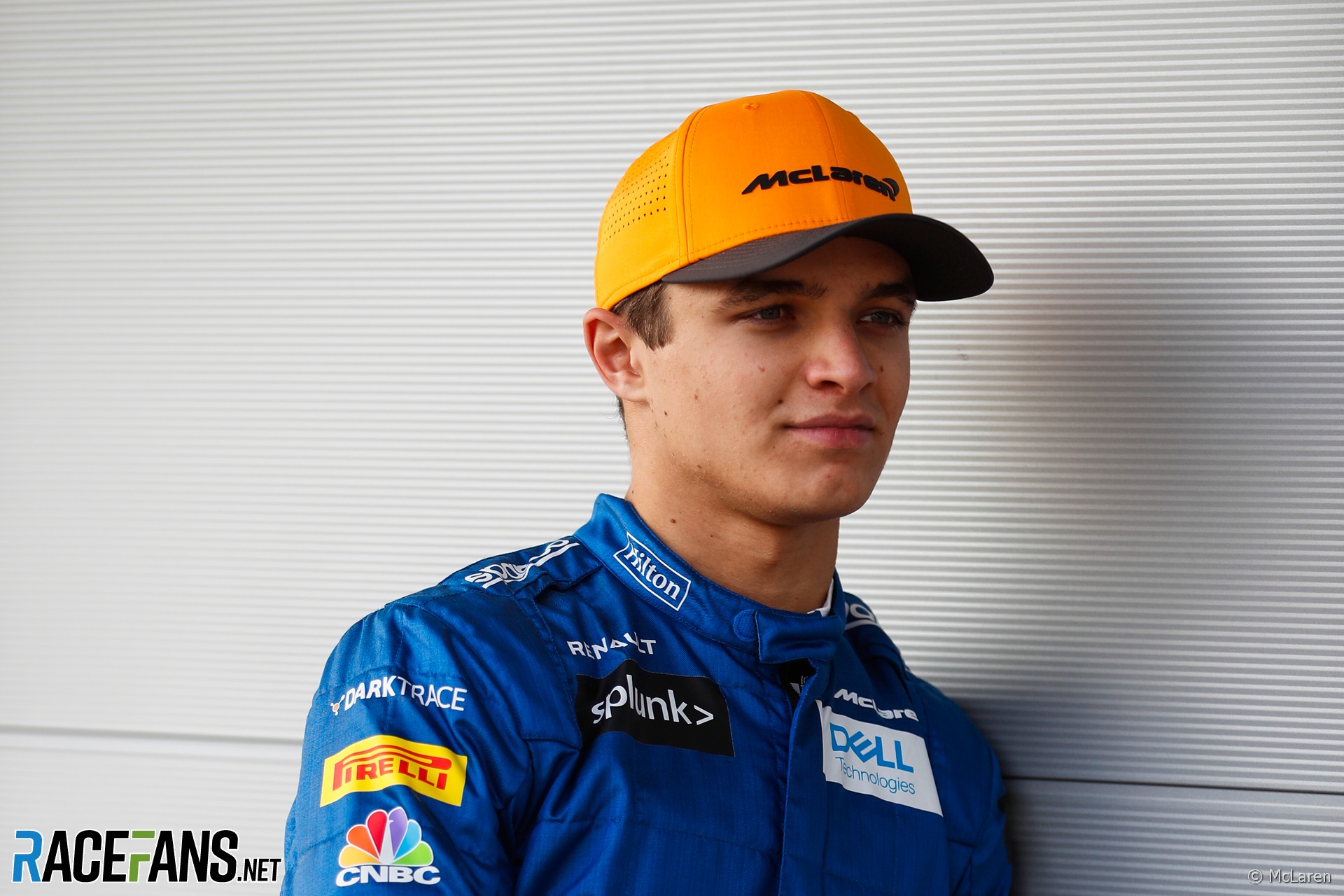 In the round-up: Lando Norris says supporting Black Lives Matter on social media prompted a large number of people to stop following him.

"I'm ready. I feel fit" 💪 It's Lewis' lowdown after another busy day of Testing at Silverstone!

Nigel Farage, bigot who this week used "race war" as an implied threat has @MercedesBenzUK as a show sponsor.

I'm sure you're better connected there than I am 😉

Norris: I called for action on Black Lives Matter and lost loads of followers on social media (The Evening Standard)

"I was discussing it with them even in the summer and I think it was pretty much between me and him."

2026 engines to be F1's next battleground, says Abiteboul (Autosport)

It’s not a good excuse because they still had all of the timing data.

Yes the system they had that was meant to specifically monitor how many laps each car had done went down but they still all knew what lap they were on and when you see cars pitting on lap 36/37 for there first stops (something that was even clear from the television broadcast) it should be blatantly obvious some have gone too long.
@GT-Racer