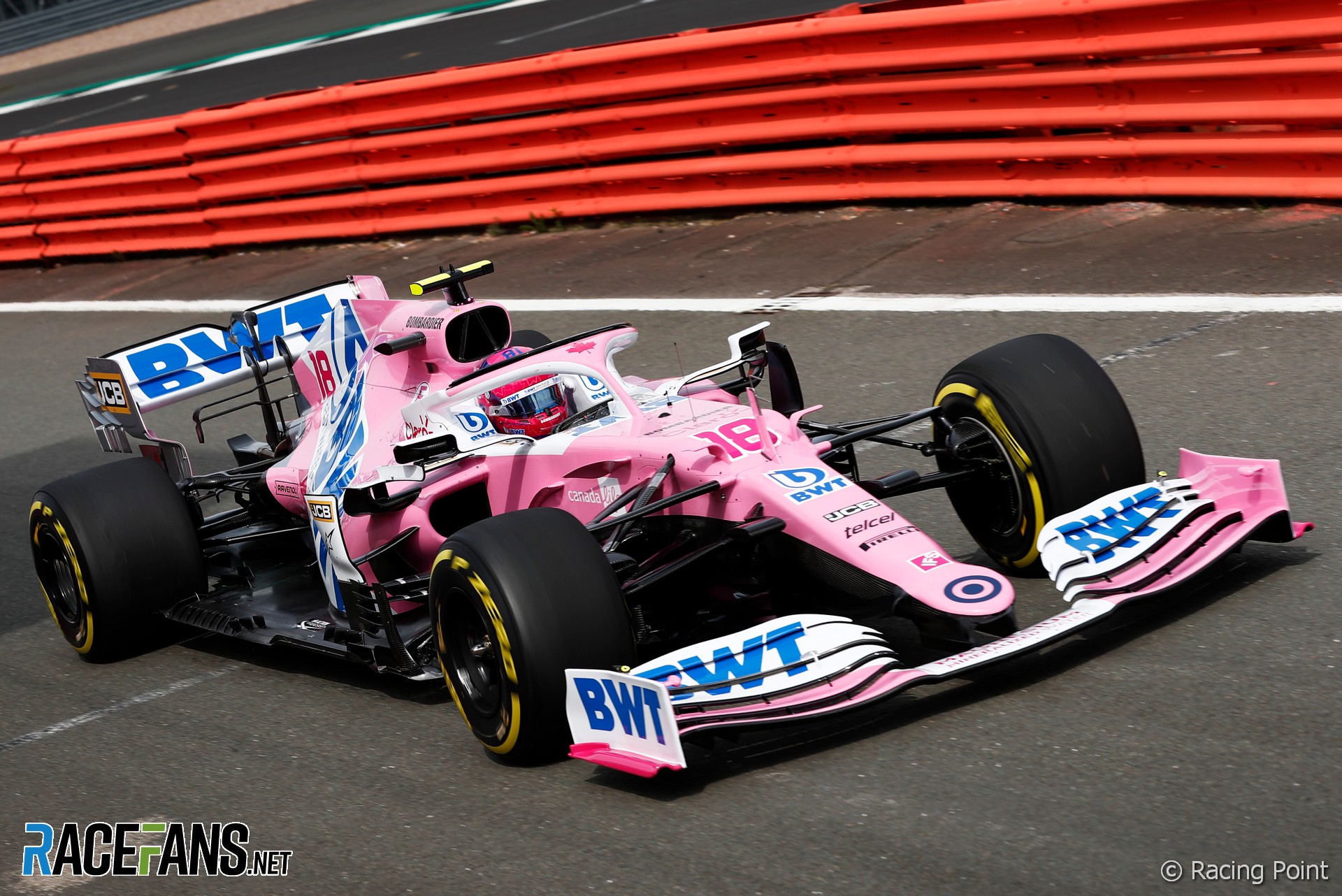 Racing Point ran their RP20 at Silverstone today in preparation for the delayed start to the 2020 F1 season next month.

Lance Stroll covered 100 kilometres at the wheel of the team’s current car on the National circuit in what was officially designated a promotional event.

Teams are permitted to perform two such events, commonly known as ‘filming days’ per season. Demonstration tyres were used for the run.

Racing Point say they “left no stone unturned in ensuring that safety remained top priority for all team members trackside.

“As part of stringent safety protocols, the event took place behind closed doors with no public access and all relevant precautions taken in terms of PPE [personal protective equipment] provision etc…”

Mercedes and Renault have run their 2018 cars in the past week to prepare for the start of the season and to give their staff the chance to practice running their cars while wearing PPE and complying with new safety restrictions.