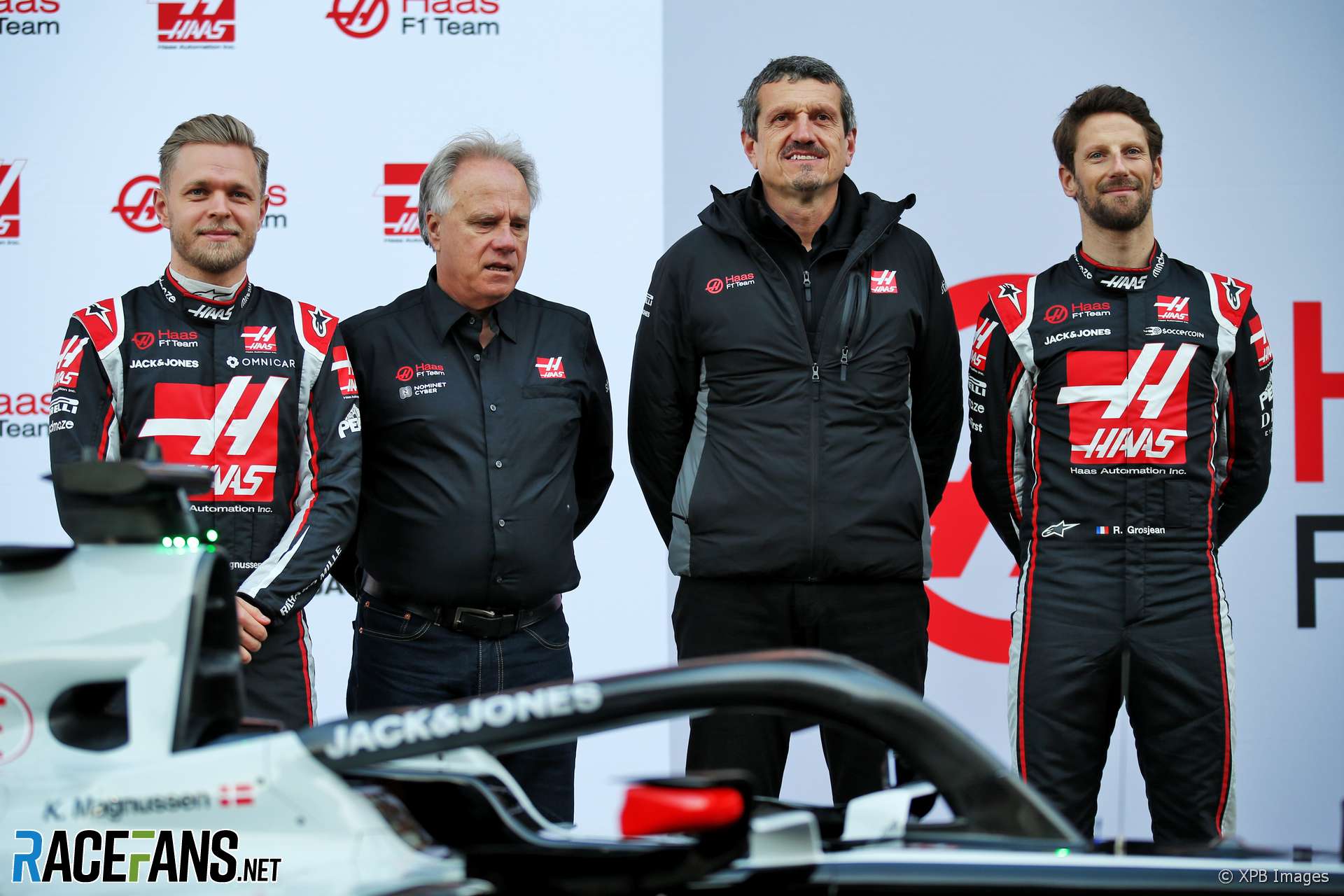 Gene Haas has not sold any part of his stake in his Formula 1 outfit, team principal Guenther Steiner has said.

The team’s future has been a focus of speculation following its 2019 slump to a worst-ever finish of ninth in the constructors’ championship, and Haas’s remarks about whether he intends to remain in the sport.

“When the time is right that he wants to do it, we will communicate it. And [when] I say ‘we’ that is Haas F1 and not everybody having an opinion who owns Haas and who is buying Haas and who is acquiring shares in Haas.”

Last month Williams announced it is seeking a potential investor, while McLaren is also understood to be looking for someone to buy a minority stake in its F1 team.

“If somebody wants to buy a team out there, I think Williams did a very good job in how they manage it,” said Steiner. “They put it on the market that we are interested in something, speak with this and this people, and I think that is how it should be done and not big speculations with no foundation.”

Steiner said there has been too much speculation over Haas’s future in F1. “I think it’s now the third time that Gene has ‘sold the team [or] partly sold the team’. I think these are all speculations.

“I think somebody is putting some rumours out there. I mean, we were ‘sold to Saudi Arabia’ a year ago and the deal was ‘done’ and nobody ever spoke with Saudi Arabia. So I see this a little bit as a lot of trying to make a storm in a teacup for no good reason.”

Formula 1’s recent decision to reduce its budget cap for 2021 should make the sport more appealing to Haas, Steiner believes.

“Some people, I think, can for sure make money on it, the big teams if they can keep the sponsorship they have got. And the distribution of the prize fund will be a lot more equal in the new commercial agreement.

“So there is a chance to do that and that is for sure the aim of us. That needs to be my aim to make it break even for Mr Haas.”

Formula 1 is preparing a new Concorde Agreement, the document under which teams commit to compete in the championship, to come into effect from 2021. Steiner believes Haas will remain in F1 if his team are able to break even.

“We roughly know what it looks like, but that should come in the next weeks or months. I don’t know exactly when, but obviously FOM had to wait to get all the new budget [cap] cuts through and that’s why it took a little bit of a step back, but it will be coming.

“Once we’ve got it then Mr Haas can decide what he wants to do. But in the moment, his intention is to stay within the sport. Before it is signed I cannot say this is what is going to happen because the team, just to remind everybody, it’s owned 100 percent by him and not anybody else so he can make the decisions and go from there.

“But I am very positive about it, where we are now. We are getting through this difficult period with the Coronavirus pretty good in the moment. We are doing the right things, we live within our means and what we have got and therefore, I think Haas is here to stay.”

7 comments on “Haas has not sold stake in team, says Steiner”