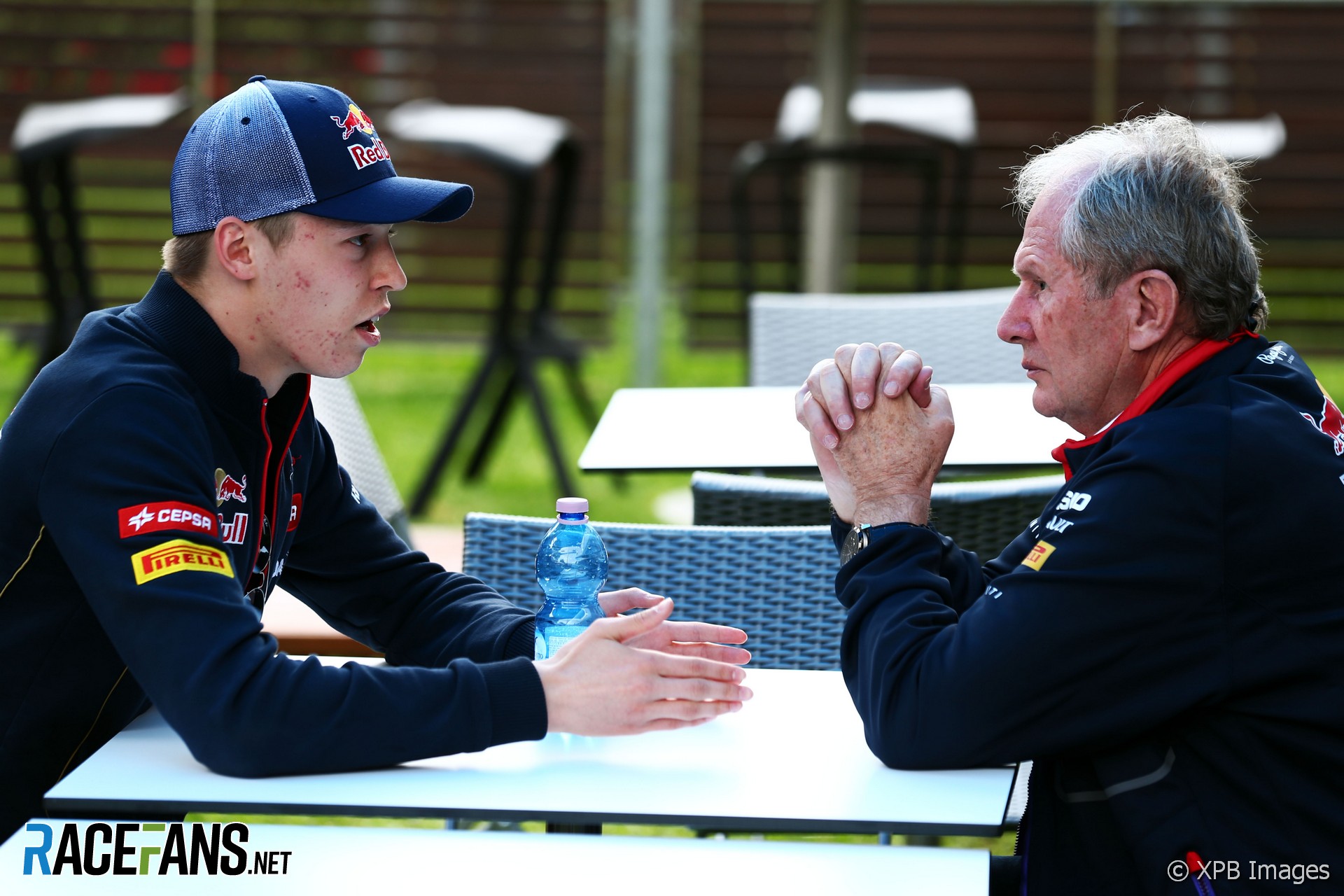 In the round-up: Daniil Kvyat says he was “on the edge of too young” when he made his Formula 1 debut at the age of 19.

In 2016 I went to film with @lxznr at @MugelloCircuit as part of his 50th celebrations. My son had watched him winning Gold in Rio just a week before, and asked me to take this with me to give to Alex. Alex being Alex, he wanted a photo with it. He won the race the next day 🙏🍍 pic.twitter.com/mI6ZTFV0FR

Alex Zanardi is one of the most inspirational men I’ve ever met. He has overcome so much and is a true fighter….. I can’t believe he has to fight once again. But I’m hoping for good news and sending every positive thought I have to him tonight ❤️ #ForzaAlex

A group of protestors in trucks and motorcycles were parading on the main road outside @TalladegaSuperS with Confederate flags.

Other than blocking the two main lanes going into the speedway, the protestors were peaceful.

"Sometimes like in the past (media work) was bothering me quite a lot. But now I've just grown to learn that this is part of the job. To be honest it can still be sometimes frustrating, of course, you can have a bad day and you're always going to have a not so good day in our sport, especially with so many races. Sometimes something will not go your way, and that's OK, you need to explain and pull yourself forward and live with that and turn the page. So it's normal. Of course when I'm in F1 since I'm 19 years old and in the beginning it's again very young, maybe on the edge of too young, but then now I see it differently. The things that used to irritate me, don't really irritate me anymore."

Matthew shares his first-hand account of being at the notorious 2005 United States Grand Prix:

We were in the stands that weekend. This all predated everyone having a smartphone with them all day, every day, so the first we knew was when the giant screens showed a Toyota heading straight to the pits at the end of the formation lap, followed by another car and another. Not one hint of what was happening had been made by the commentators at the circuit (I don’t remember if this was an event where the old Kangaroo TV service was available – we certainly didn’t have one). There was no mention of any concerns through the whole build up to the race or, as I recall, explanation afterwards.

Seeing just six cars take the start was the most surreal thing, like something from an anxiety dream where you turn up to a job interview with no trousers on. We walked to the stands directly opposite the podium at the end of the race where the jeers were pretty well deafening, until Tiago Monteiro decided he was not going to let circumstances stop him marking the moment and he got cheered.

The local press wasn’t especially illuminating on what had happened in the Monday newspaper so it took a few more days until we were back home to access a decent account of events. I don’t know that the sport would actually communicate properly to fans at the track about a similar situation these days, but as we’re all usually just a few taps away from reliable reporting I guess we wouldn’t be left quite so badly in the dark now.
Matthew Taylor