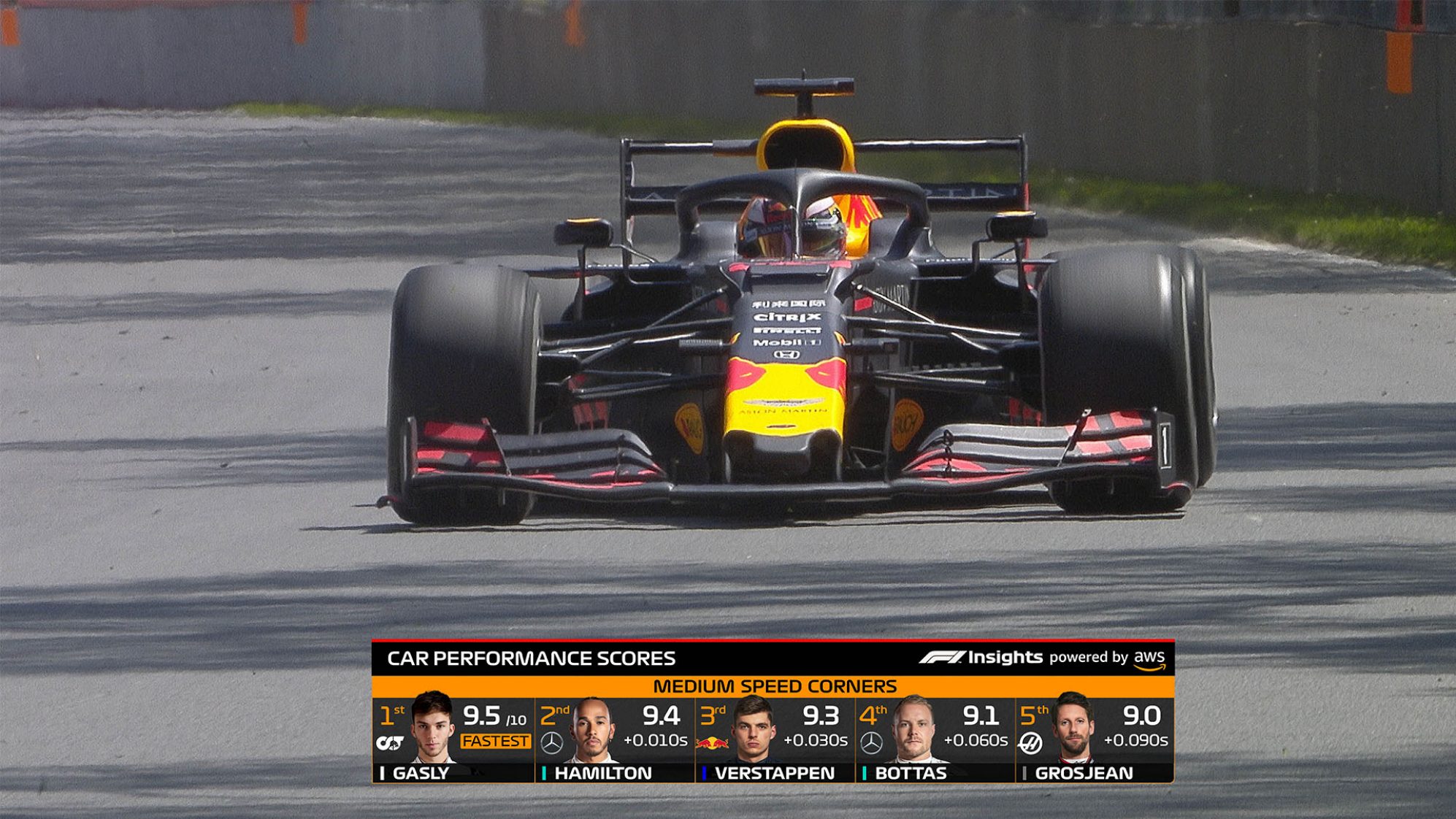 The first of six new television graphics will appear during next week’s Austrian Grand Prix, which will open the 2020 F1 season.

The graphics have been developed with F1 sponsor Amazon Web Services and will incorporate their branding.

The ‘Car Performance Scores’ will be the first new graphic to debut next week. According to F1 the information it presents will be based on a million data points per second being transmitted by the cars.

Later rounds will see the introduction of other new graphics. At the 70th Anniversary Grand Prix, the fifth round of the championship, an ‘Ultimate Driver Speed Comparison’ will contrast the performance of current drivers against past racers dating back as far as 1983.

The ‘High-speed/Low-speed Corner Performance’ graphic will be introduced at the Belgian Grand Prix, giving information on drivers’ cornering performance.

Other graphics slated for introduction in the second half of the 2020 season include ‘Driver Skills Rating’, ‘Car/Team Development and Overall Season Performance’ and ‘Qualifying and Race Pace Predictions’.

Formula 1 chief engineer Rob Smedley said F1’s partnerhsip with AWS is “bringing fans closer to the track than ever before, and unlocking previously untold stories and insights from behind the pit wall.”