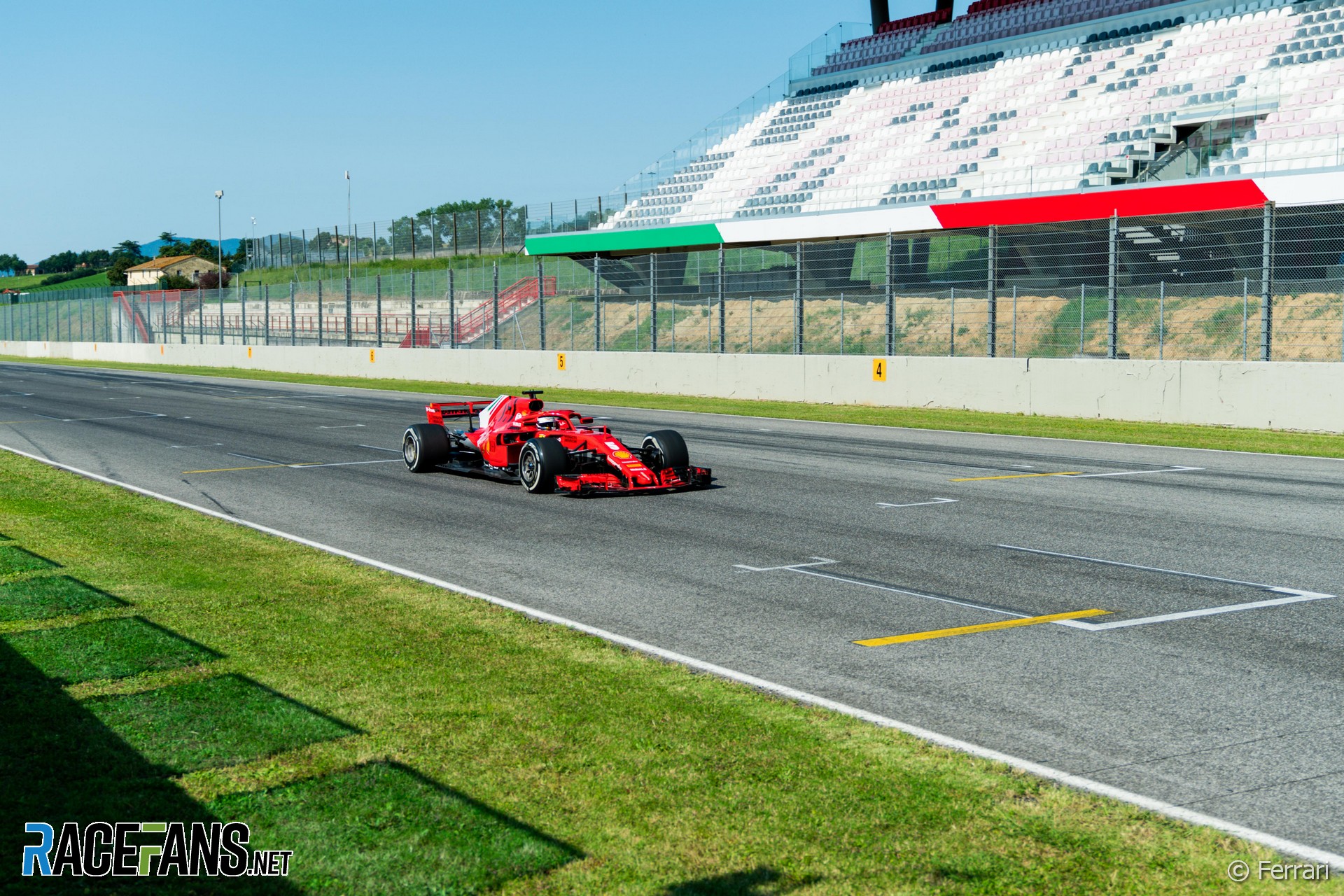 Ferrari is using its 2018 Formula 1 car to conduct a test at the Mugello circuit today.

Sebastian Vettel is at the wheel of a Ferrari SF71H at the track in Tuscany. Ferrari issued an image of him in the car showing the ‘#WeRaceAsOne’ hashtag on its suspension.

Mercedes and Renault also used two-year-old cars for their tests in recent weeks. It will give the team an opportunity to practice working on their car while observing restrictions related to social distancing which they will have to observe when the championship begins in Austria next week.

Other teams, such as Racing Point, have conducted filming days using their current cars, at which rules limit them to a maximum of 100 kilometres of running. Red Bull are understood to be planning a similar test this week.

Last week Charles Leclerc drove a Ferrari to the Fiorano circuit near the team’s factory as a publicity stunt. But Ferrari has chosen to use the Mugello circuit, which it also owns, for this test.

As RaceFans revealed earlier this month, Mugello is being considered as a venue for a second Italian round of the world championship this year. The mayor of Florence, the nearest city to the track, said last week “never have we come so close to the possibility of having Formula 1 in Florence and at the Mugello circuit”.

Leclerc took over from Vettel in the SF71H in the afternoon.

10 comments on “Vettel and Leclerc test 2018 Ferrari at Mugello”