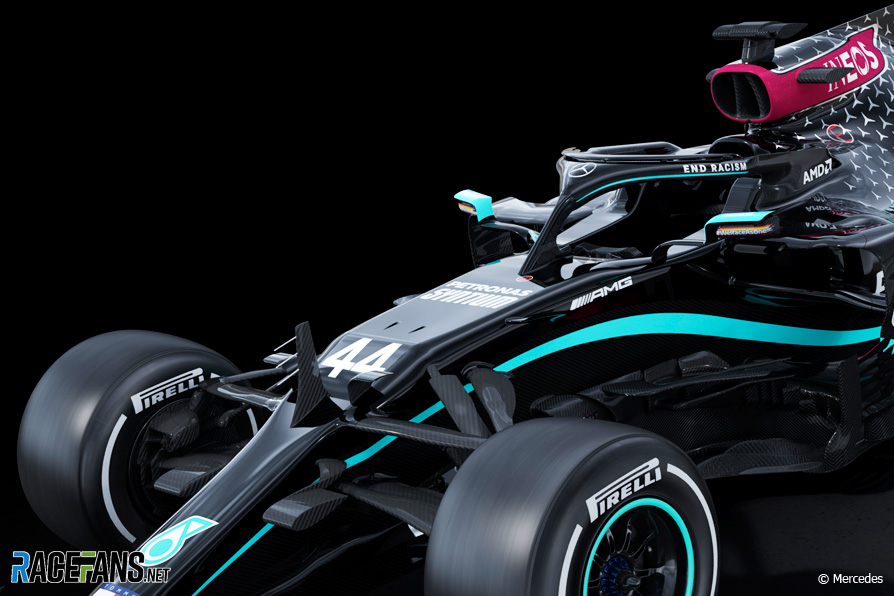 Lewis Hamilton instigated Mercedes’ decision to run a black livery for the 2020 F1 season as a stand against racism.

The six-times world champion, who has been a vocal supporter of the anti-racism protests prompted by the killing of George Floyd on May 25th, first raised the idea with team principal Toto Wolff a month ago.

Wolff spoke about his discussions with Hamilton at a media event in Vienna on Monday, reported by Austrian newspaper Der Standard. He said Hamilton wanted the team to show its support for the cause through more than just social media posts, which led to the idea to adopt a new livery and launch a drive to improve diversity within the team.

The new design, in which black replaces silver as the car’s base colour, features the motto “end racism” along with support for F1’s pro-diversity initiative ‘#WeRaceAsOne’. Hamilton and team mate Valtteri Bottas will also race in black overalls as part of the team’s rebranding and sport revised helmet designs.

Mercedes said yesterday it will launch a new diversity and inclusion programme before the end of the season. It pointed out just 3% of its staff belong to minority ethnic groups.

However Wolff confirmed the team will not set hiring quotas to increase diversity among its workforce. “We don’t set quotas, we set goals,” he said.

“Increasing diversity will improve our performance in the long term,” Wolff added, pointing out the team intends to hire staff from a broader range of institutions than those it typically recruits from.