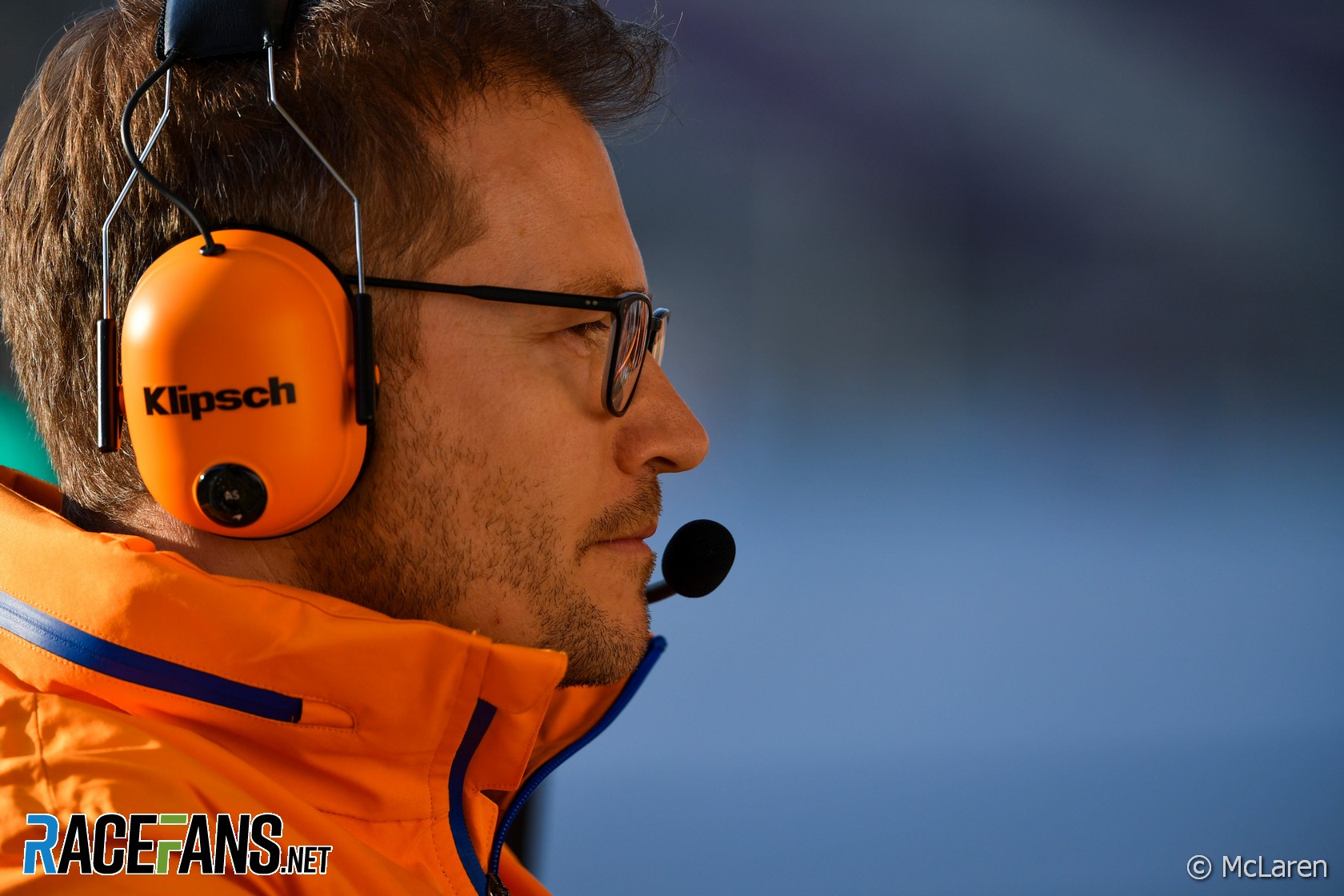 McLaren team principal Andreas Seidl wants the team to restart work on its infrastructure projects, including completion of a new wind tunnel, as quickly as possibly.

The disruption caused by the pandemic, and the loss of income due to the postponement to the start of the 2020 F1 season, had forced McLaren to pause the upgrade work on its facilities.

“At the beginning of this crisis we simply had to put on hold as well all the infrastructure projects we were working on,” he told media including RaceFans in a briefing today.

“Even now we do not know exactly how the income will look like during this year. We’re still cautious there and simply have to wait until we have the green light there again.”

Seidl said he is “pushing hard to get these different infrastructure measures in place again as quickly as possible” as he considers them essential to McLaren’s goal of competing for wins and championships again.

“We all know that this will be key on our journey back to the front in Formula 1 because we simply have a deficit there compared to the top teams.”

Seidl said his discussions with McLaren Racing CEO Zak Brown have left him “quite optimistic that once we are through this crisis, we’ll get back on track with our infrastructure as well.”

McLaren has secured a loan of $150 million from the National Bank of Bahrain, which was announced yesterday. The group which runs the F1 team previously announced it was making 1,200 job cuts, including around 70 from its Racing division.

Despite its financial worries, Seidl stressed “there was never a doubt of McLaren not being on the grid next year”, but said the loan would give the team extra motivation heading into the delayed start of the season this weekend.

“Obviously it was a big challenge and it was a tough period for the team, steering the team through these financial difficulties we were in,” he said. “Also, as you know, we had to put some measures in place quite early on to make sure we get through this crisis: Sending people on furlough, pay cuts for the team and also for the drivers we had to put in place.

“Looking back now, I think we did all the right measures in order to get through the crisis. What was so obviously not nice also for me as being in charge of the team is not being able to communicate a lot of these messages face-to-face to our colleagues. Doing it via email, via videos, is not what we like to you normally do. But there was no other option.

“At the same time, with the positive news we had yesterday about the funding which is in place now, it’s an extra boost and extra motivation for all of us here in the team now to fully focus again on what we like to do most and what we also best, which is focussing on developing a quick race car, producing a quick race car and racing it.”

Seidl said he is “very happy with the news from yesterday” confirming the loan. “I’m in permanent exchange with Zak and I always knew what was going on the financial side. And in the end Paul Walsh, our chairman, together with the shareholders, was simply looking for the best possible option in terms of funding or finding the right funding, to not only get us through this crisis but also put us in the best possible position to be competitive in the future.”

During the hiatus prompted by the pandemic, Formula 1 approved changes to its 2021 regulations which will reduce the budget cap from $170 million to $145 million, with some exceptions. Seidl described this as one of the “positive aspects” of the recent crisis.

“Overall, I think the actions we took together under the leadership of Formula 1 and the FIA, together with all the other teams, coming together and putting all these changes in place now on the financial regulations, technical regulations, sporting regulations is something which is very positive,” he said.

“Not just for us as McLaren, but I think for the entire Formula 1 for the sport, for our fans, because we are absolutely convinced that it will put us on a much healthier financial position in the future. And for a team like us, like McLaren, an independent team will also allow us to be to be competitive. And being on a level playing field on the financial side. So I’m very, very happy with that.”