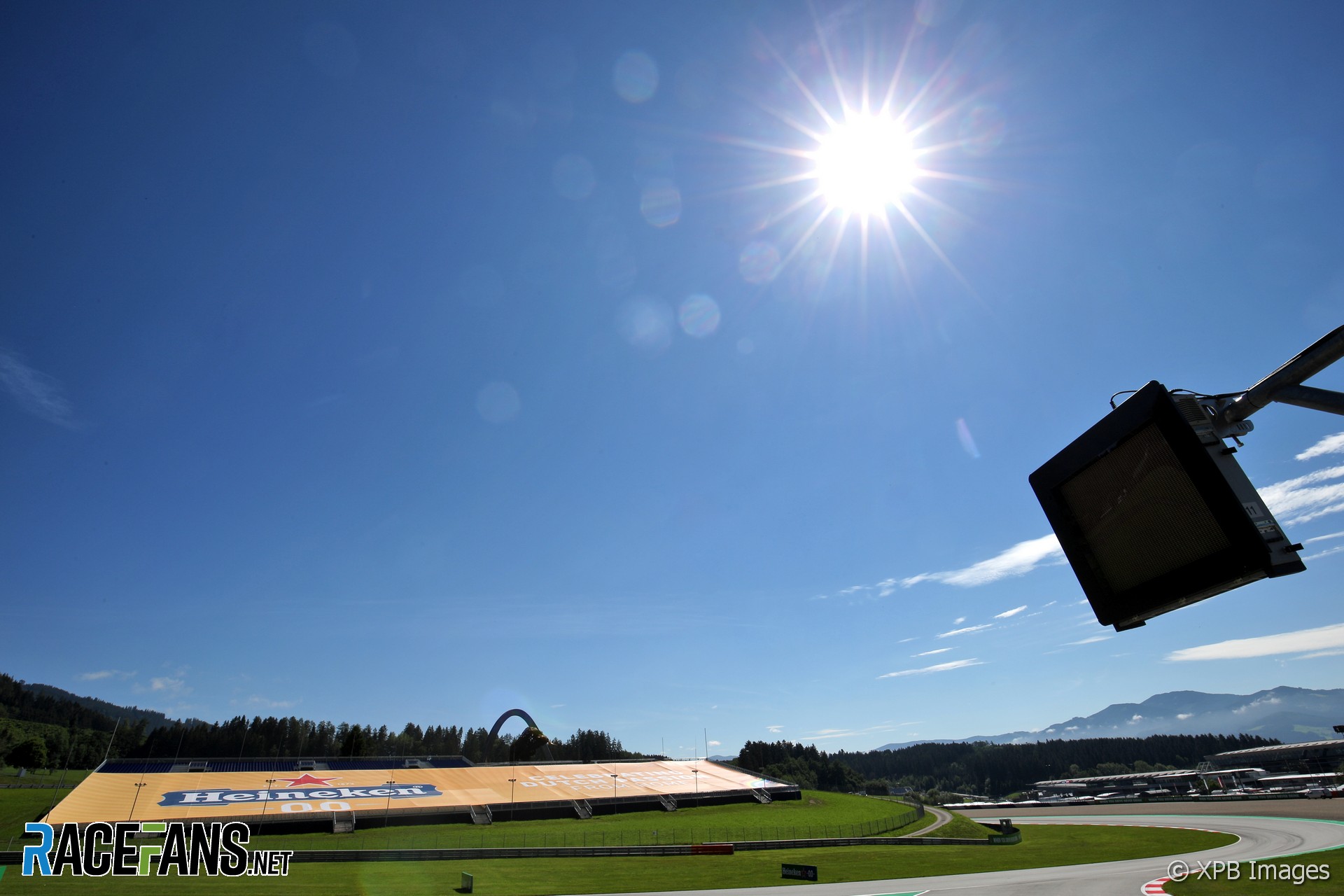 Dry conditions are expected as the 2020 F1 season begins with an unprecedented double-header at the Red Bull Ring.

But while Formula 1 will see gradually warmer conditions throughout its first of two race weekends in Austria, the first race on Sunday should see significantly lower temperatures than last year

Light rain on Friday morning is expected to clear before the first practice session begins at 11am local time. Air temperatures will rise during the course of the day to around 21C.

Warmer conditions are forecast over the following two days. This presented a challenge for some teams last year, notably Mercedes, who struggled with cooling on their car and had to resort to extreme lift-and-coasting to manage the temperature of their power units.

Cooling problems at this circuit are exacerbated by the comparatively high altitude. Though nowhere near as high as Mexico City, which the championship should visit later this year, it remains one of the higher circuits on the track, meaning the air is less dense.

Sunday should be the warmest of the three days. Temperatures will hit 22C on Saturday, but could rise as high as 26C on race day. However this is well down on last year’s grand prix, which saw a peak of 35C, and track temperatures in the 49-52C range.