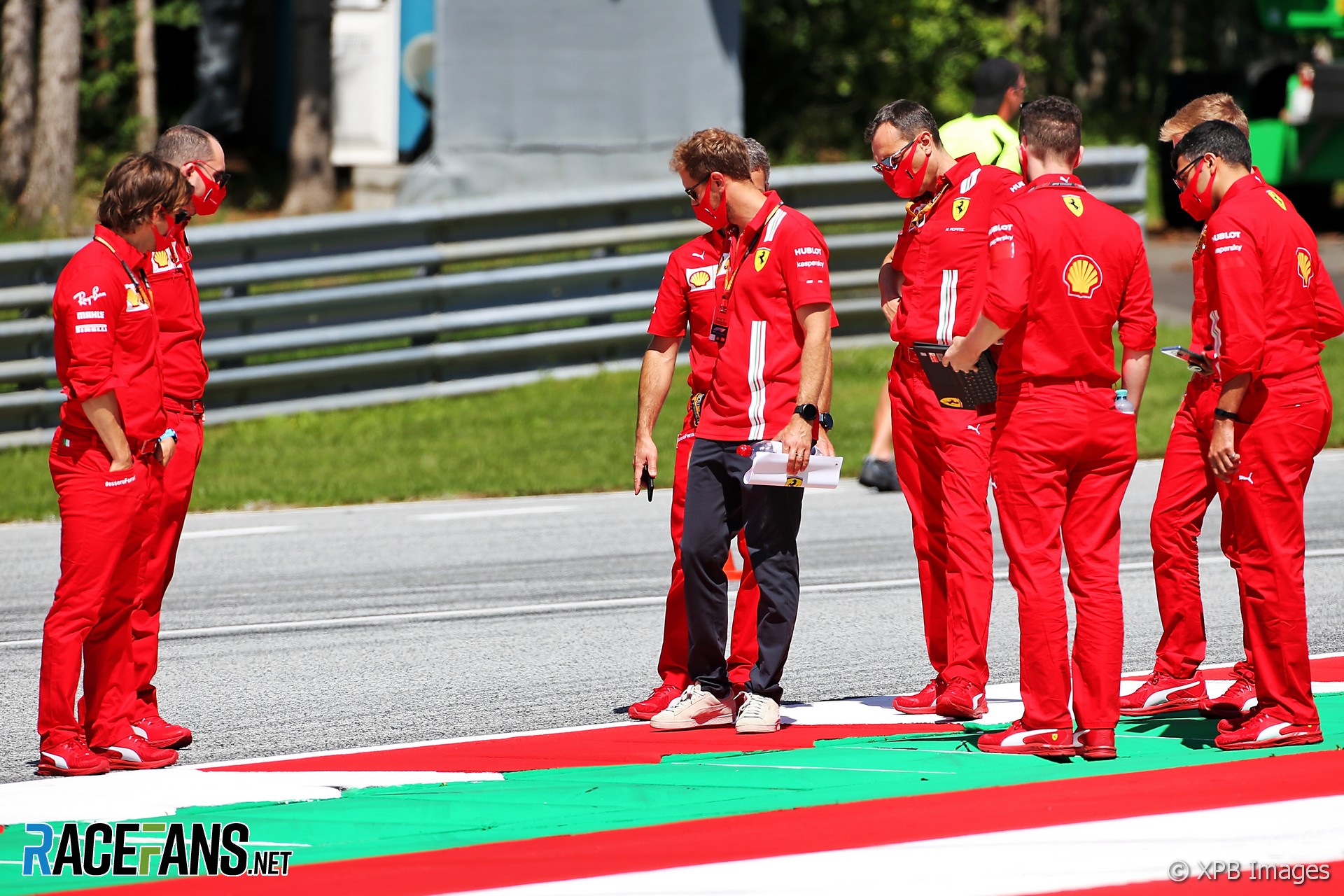 Kerbs have been changed at the final two corners on the Red Bull Ring to reduce the risk of cars being damaged if drivers run wide.

Teams had raised concerns they could run low on spare parts if they incur too much damage during F1’s opening run of three consecutive races which starts this weekend. The first two races are being held at the home of the Austrian Grand Prix, where kerbs have caused car damage in recent years.

For this weekend the kerbs at turns nine and 10 have been replaced with detection loops which will judge whether a driver has run too wide. Drivers will lose any lap times set while running wide at those two corners, and will face further sanctions if they repeatedly run wide at the same point.

“On the third occasion of a driver cutting behind the red and white exit kerb at turn nine [or 10] during the race, he will be shown a black and white flag, any further cutting will then be reported to the stewards,” the stewards noted.

“Each time any car passes behind the red and white exit kerb, teams will be informed via the official messaging system.

“In all cases detailed above, the driver must only re-join the track when it is safe to do so and without gaining a lasting advantage.

“The above requirements will not automatically apply to any driver who is judged to have been forced off the track, each such case will be judged individually.”