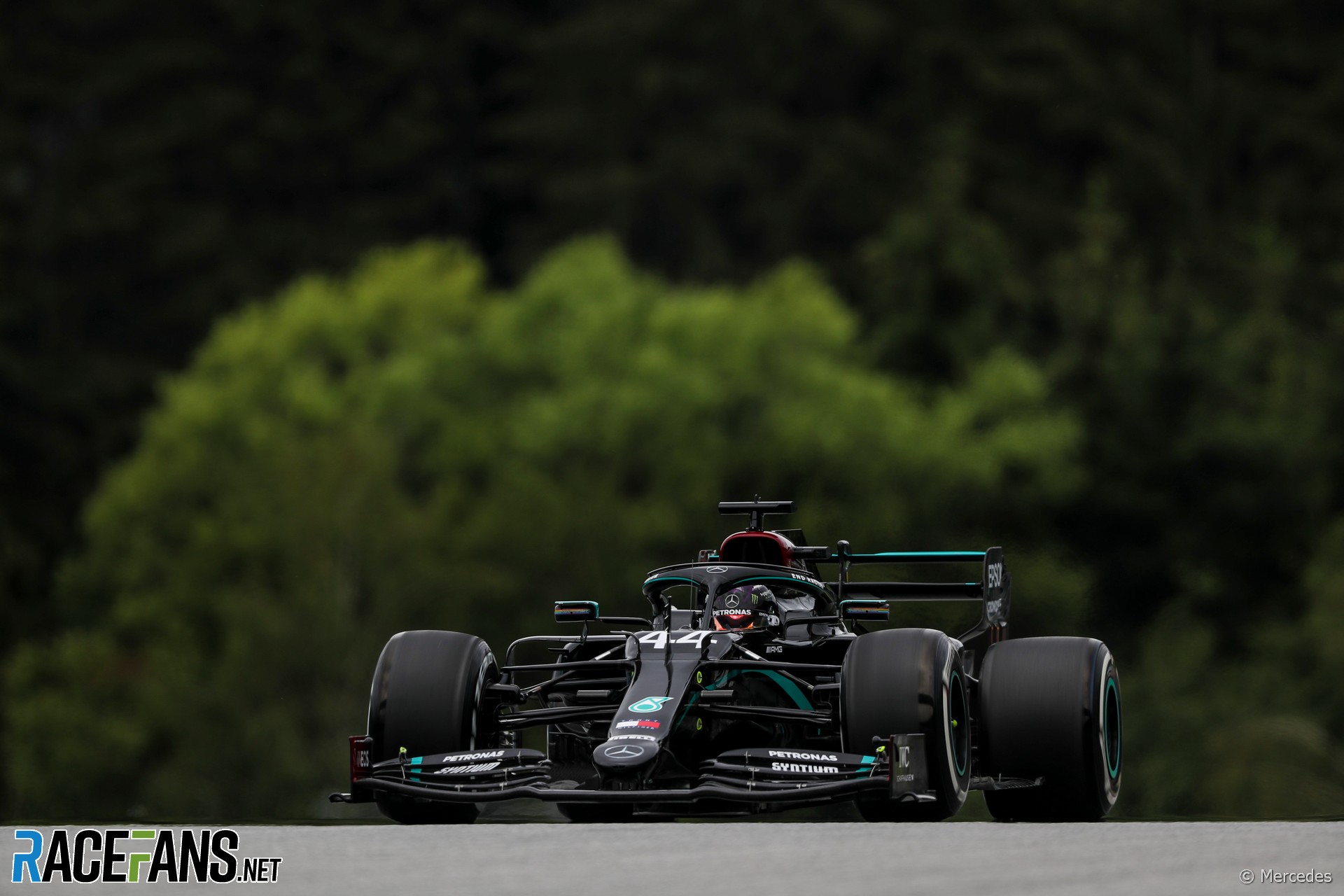 Almost four months after the heavily disrupted championship was due to begin, and thousands of kilometres from its original season-opening event in Melbourne, the season got underway on a damp circuit.

Drivers conducted their first laps on intermediate tyres but despite a brief rain shower the track dried out quickly and most were able to complete useful running over the opening 90 minutes.

Hamilton led team mate Valtteri Bottas in a Mercedes one-two which, aside from their new black liveries, was very familiar from recent seasons. The quickest of their rivals, Max Verstappen in the Red Bull, was over six-tenths of a second shy of Hamilton’s benchmark. He also had a quick, harmless spin at the exit of turn one.

Two other cars were within a tenth of a second of the Red Bull and, surprisingly, neither was a Ferrari. Carlos Sainz Jnr was just a hundredth of a second shy in his McLaren, and Sergio Perez put the much-fancied Racing Point in the mix. Lando Norris backed his team mate up in sixth, followed by Alexander Albon.

Before the session begin Ferrari warned they expected a difficult weekend with their SF1000, and the first hour-and-a-half of running appeared to bear that out. Charles Leclerc was the quickest of the two but could only manage 10th, 1.1 seconds off Hamilton, behind Daniel Ricciardo’s Renault and Kevin Magnussen’s Haas.

However the other Haas was unable to set a representative time: Brake problems at Haas limited Romain Grosjean to just three laps in the VF-20. At Renault Esteban Ocon’s first session back in action was cut short when his RS20 shed a piece of bodywork.

The field was closely spaced as usual around the short Red Bull Ring. Daniil Kvyat, last of those who set representative times, was only 2.1s slower than Hamilton. He gave George Russell a fright after spinning in front of the Williams at the final corner.

Russell’s 17th place, within a tenth of a second of the other AlphaTauri and close to the two Alfa Romeos, gives his team some encouragement that the FW43 is a solid improvement over its unloved predecessor.