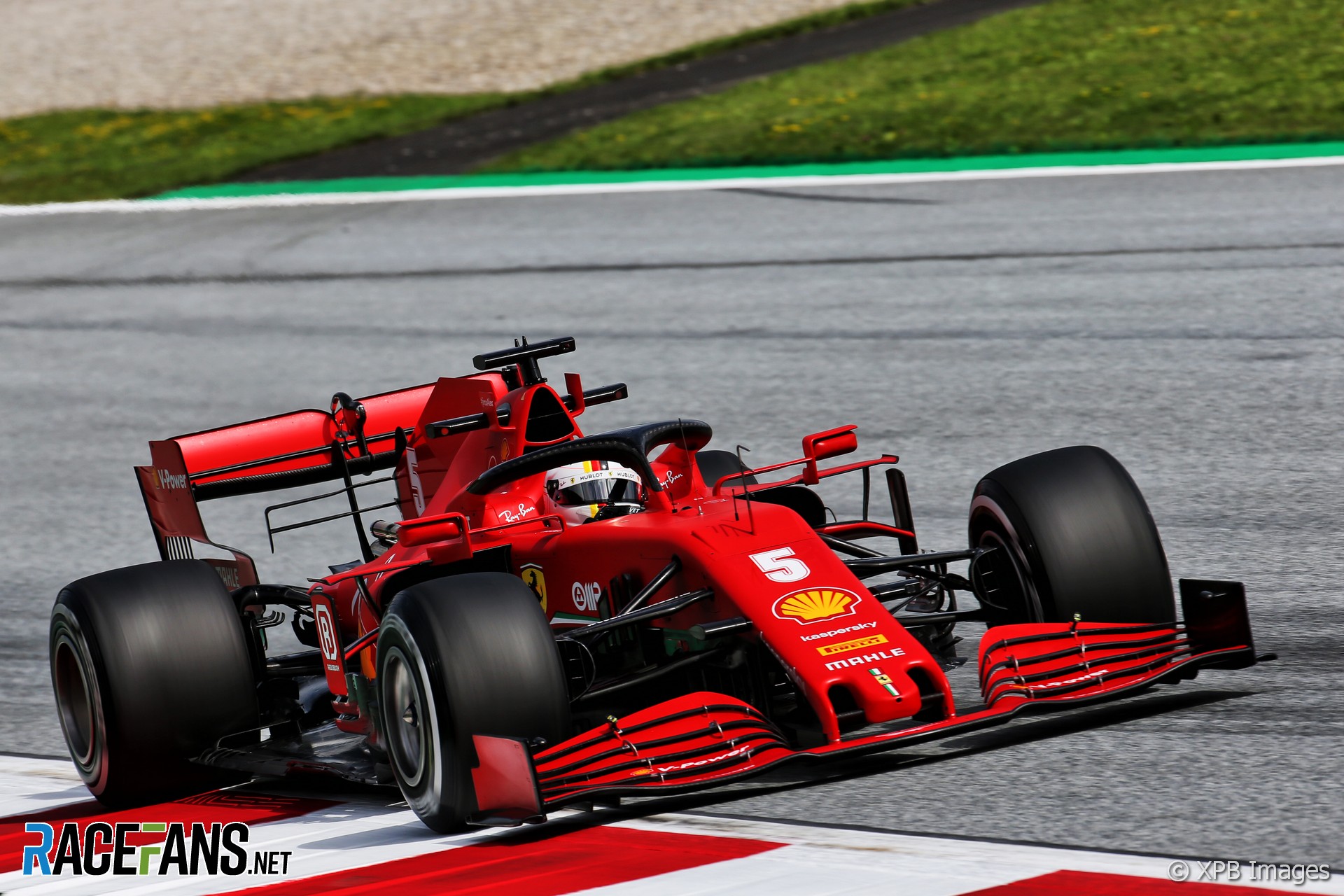 Ferrari’s car is lacking performance in several areas, Sebastian Vettel said after the first day of practice for the 2020 F1 season.

Before the weekend began the team said it expected a difficult start to the championship with its SF1000 and is planning to bring a major upgrade for the third round of the championship in Hungary.

Asked whether he believes the team can close the 0.6-second gap to Mercedes they had in second practice, Vettel said: “Well right now, no. But it’s up to us to obviously develop and work so that the car gets faster. That’s what we have to do.

“I think we’re lacking overall grip, lacking downforce compared to others, we’re lacking a little bit down the straights, our car is a bit too draggy at the moment. So it’s a mix of all these things.”

Team mate Charles Leclerc gave a similar assessment of the car, saying there is no one area where it is particularly weak.

“The thing that is difficult is that the balance is actually not that bad,” he said. “It’s not completely out of place for now. So we need to work quite hard to try and catch up on overall performance.”

The car’s weakness isn’t just its straight-line performance, admitted Leclerc. “It’s also the speed in the corners. We seem to lose compared to the others.

“Then the balance feels quite good but the overall grip of the car… I guess it’s not only one thing, it’s also the full package that we need to upgrade.

“But we’ll try different ways for tomorrow to try to make work the car in a different way and see whether we can gain some performance.”

9 comments on “Vettel: Ferrari too draggy, lacking grip and downforce”