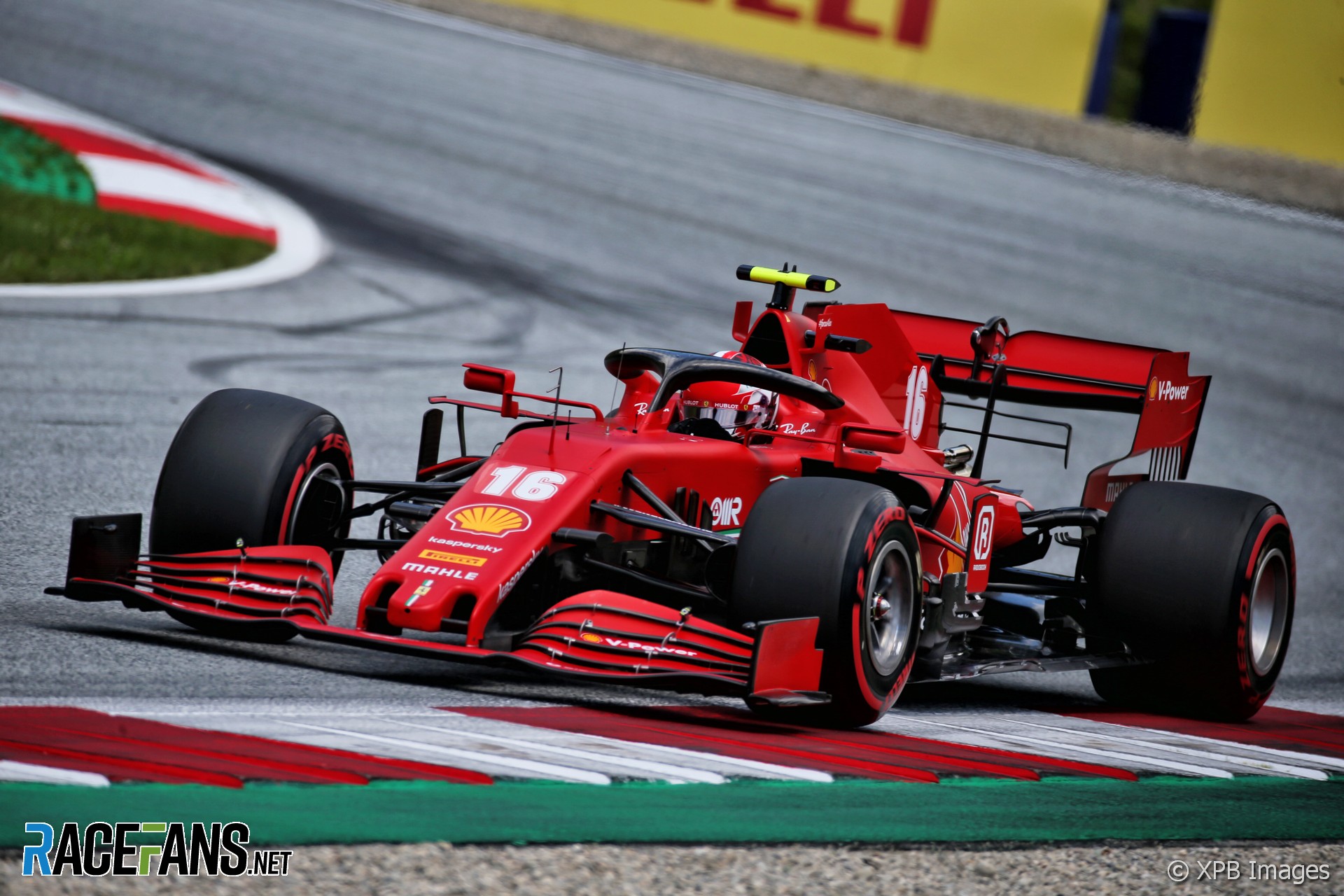 Sebastian Vettel’s failure to reach Q3 in qualifying for the Austrian Grand Prix was the most obvious sign of how much Ferrari are struggling this weekend.

But it isn’t just the factory team which is having trouble. All three Ferrari-powered cars are slower at this circuit than they were 12 months ago, by between 0.6 and 1.1 seconds.

Charles Leclerc took pole position for this race last year with a fastest lap of 1’03.003. This year he was the only Ferrari-powered car in Q3, and his best time of 1’03.923 was the best part of a second slow.

Both Ferrari customers also had a poor afternoon. Alfa Romeo got both their cars into Q3 12 months ago, this year they were the slowest team of all, Kimi Raikkonen and Antonio Giovinazzi both being out-qualified by George Russell’s Williams.

One of the Haas-Ferraris also went out in Q1. The other, driven by Romain Grosjean, scraped into Q2, got no further, and ended up six tenths of a second six of their 2019 best.

The difficulties suffered by all three Ferrari-powered teams suggests the team has lost ground to its rivals in power unit development. Ferrari’s V6 hybrid turbo was scrutinised closely by the FIA last year, resulting in a private settlement between the two which led to the introduction of new rules governing how teams may operate their power units.

Before the race weekend began, Ferrari admitted their SF1000 is not as competitive as last year’s car. Yesterday the drivers described various handling and grip deficiencies on their new car, and much has been said about its ‘draggy’ qualities. But the results of the first qualifying session of the year suggest the power unit is also a part of their problem.

35 comments on “All three Ferrari-powered teams slower by up to 1.1 seconds in Austria”