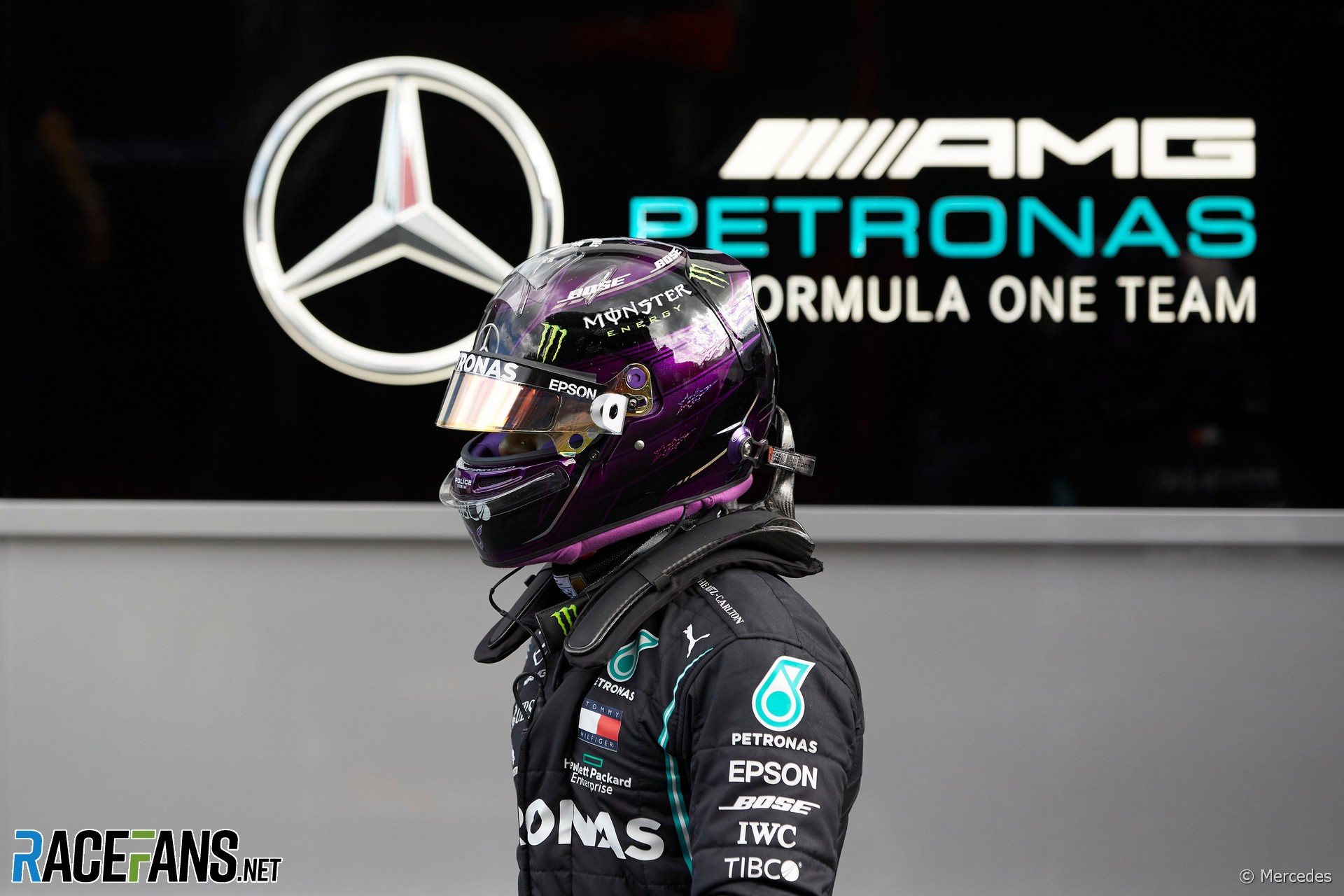 Lewis Hamilton has criticised reports claiming he is seeking a salary rise from Mercedes if he is to remain at the team beyond the end of this season.

The six-times world champion insisted he has not begun talks over his contract with team principal Toto Wolff.

Hamilton did not specify which reports he was referring to in a post on social media this morning. “The media keep writing about [my] contract and making demands but I haven’t even spoken with Toto about it yet,” he wrote.

“No demands, the conversation hasn’t even begun. So please stop making shit up.”

A report in the Daily Mail earlier this week claimed Hamilton is seeking a rise in his salary to $50m (£40m).

Yesterday Wolff indicated he has been in discussion with Hamilton and Valtteri Bottas, both of which are out of contract at the end of the year.

“Simply based on the fact that we haven’t seen each other a lot we have been keeping the discussion up,” he said. “We are in a position of trust with both of the drivers, which you could say that in Formula 1 it doesn’t mean a lot, but it does in our team and I guess that we will do the next steps soon.

“But I don’t want to commit to any timing because I don’t want to answer questions every single race weekend why the contracts are not done. There’s no urgency in the matter. All of us want to do it and when the time is right we will announce it.”

10 comments on “Hamilton: Reports about salary demands are “made up””