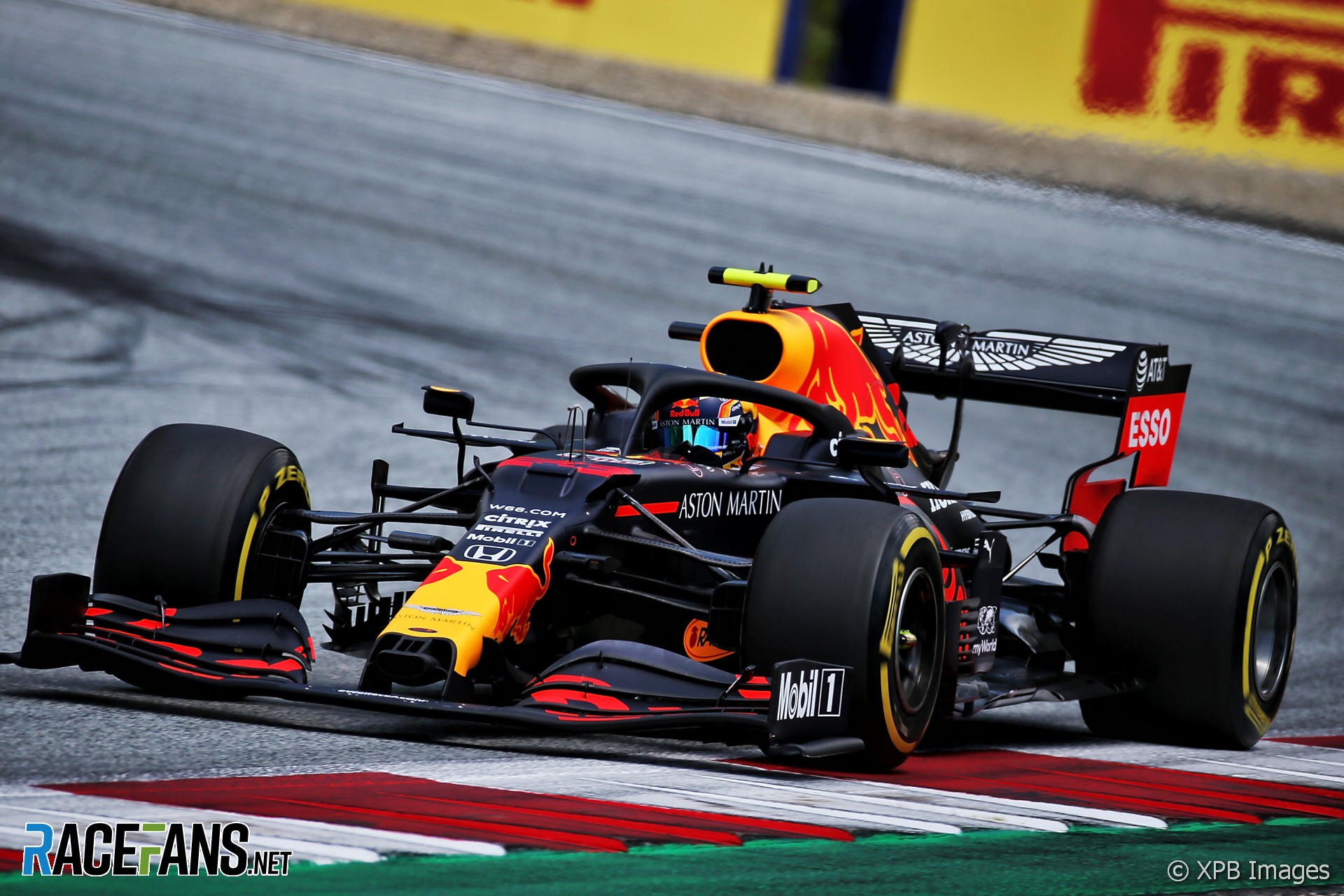 Alexander Albon says he does not object to Red Bull giving the only example of their new front wing to team mate Max Verstappen.

The two front wings are subtly different, and the pair have run the different configurations throughout the weekend.

“There was only one set so they they gave it to me,” Verstappen explained in yesterday’s FIA press conference.

“We’re still understanding the difference between the wings, it’s different philosophies behind it. I can’t really tell you how much of a difference it is because I don’t know. We’re learning, we’re understanding different things.”

Albon said he understood why Red Bull had given the new hardware to his team mate, who has won the last two races at the Red Bull Ring. He expects to get the upgrade when the team returns to the track for next week’s Styrian Grand Prix.

“Historically speaking, obviously Max has had really good results here so I can’t really fault the team,” he said.

“The car felt good. I think comes the second race we’ll have the parts as well so I’m not too worried, just focussing on the job at hand right now.”