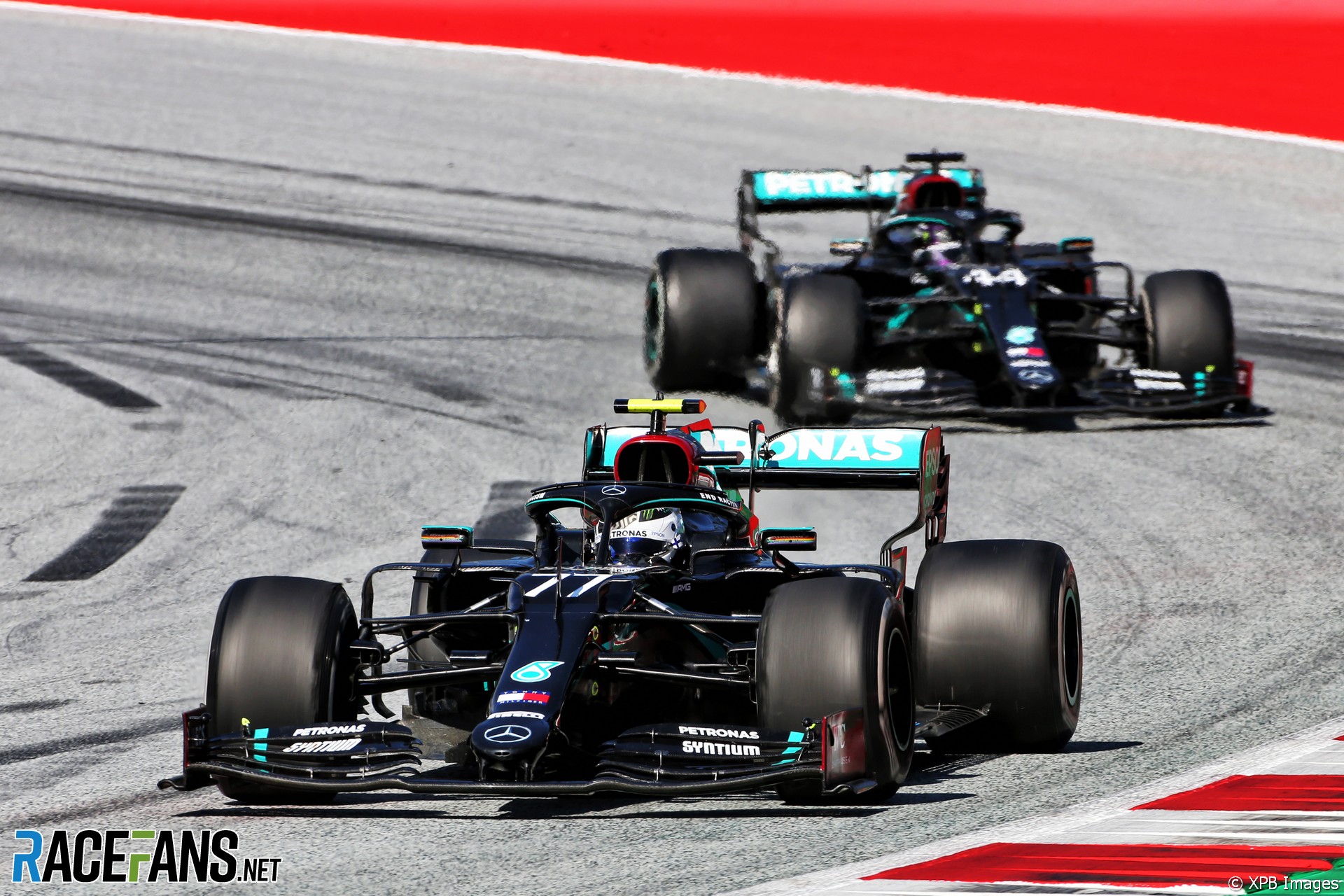 Lewis Hamilton doesn’t believe his team mate Valtteri Bottas slowed him intentionally at the end of the Austrian Grand Prix.

Following his collision with Alexander Albon, Hamilton was given a five-second time penalty to be applied at the end of the race. He took the chequered flag less than seven-tenths of a second behind Bottas, and his penalty dropped him from second to fourth in the final standings.

Hamilton said the possibility Bottas held him up intentionally to cost him more places is “not something that was on my mind”. He lost third place to Lando Norris by less than two-tenths of a second.

“It’s not something that I would ever think he would do,” Hamilton continued. “I know that he wouldn’t do something like that.

“He’s a pure racer. He wants to win through pure merit. And I believe that even when he says that you know he doesn’t need to say that.”

Bottas denied he tried to slow Hamilton down at the end of the race, though both drivers had to manage their pace because of Mercedes’ reliability concerns.

“I got the message that he’s got a five second penalty,” said Bottas. “But there was a double yellow, so obviously you have to slow down quite a bit.

“So then I feel like some drivers maybe slow down a bit less so they could catch up. But at the same time, we were still not using the kerbs.

“I tried to compromise of making sure I really get to the flag and win the race, not to risk too much. But also, I tried to go as fast as I could within those limits. So it’s not really my fault that he got the five-second penalty.”

20 comments on “Hamilton sure Bottas didn’t slow him deliberately: “He’s a pure racer””