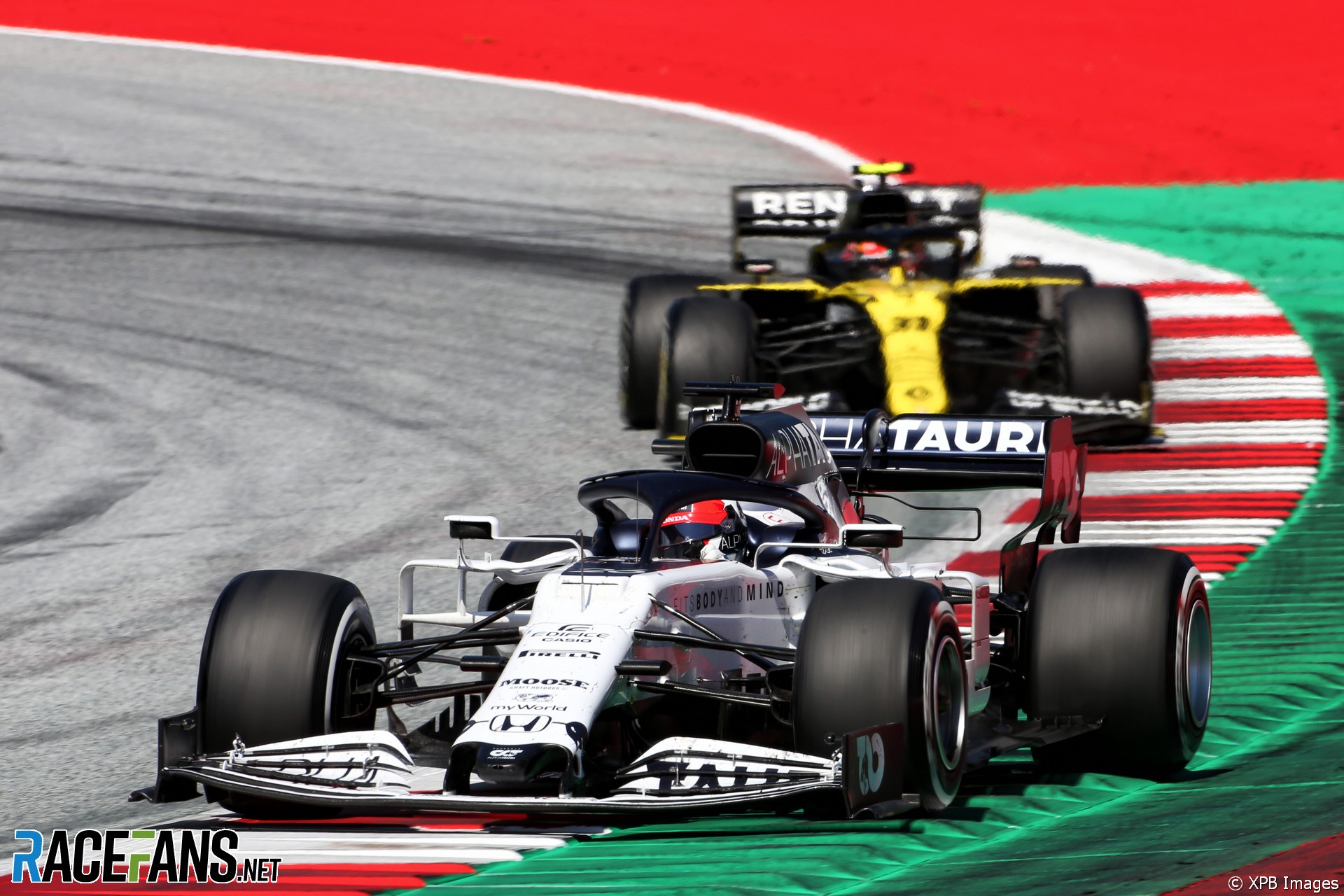 Daniil Kvyat says the suspension failure which put him out of the Austrian Grand Prix began after Esteban Ocon forced him wide.

However he admitted he could have tried to pass the Renault driver elsewhere on the track when he caught Ocon late in the race.

“Everything happened very suddenly,” said Kvyat, who pulled out of the race with four laps to go. “It was disappointing day.

“It’s not great from Ocon’s side to push off people like this to be honest. But I could have been more patient as well.”

AlphaTauri team principal Franz Tost said Kvyat “could have scored points today, but the collision with Ocon compromised his race due to a suspension failure, which we need to investigate.”

However Ocon said his rival had made a “risky” overtaking attempt.

“I’ve just rewatched the action, for sure it was a close, very close battle between us two,” said Ocon. “He was on fresh softs, I was on old hards so there is a slight difference in grip there.

“But getting a move around the outside of turn six, it’s something difficult. It’s a risky move, definitely.

“I think it came close but we didn’t touch. Daniil did touch the kerb and both kerbs aren’t forgiving, unfortunately. So it probably made damage to his front wing or something after that. So it’s unfortunate. But I enjoyed the racing with him before that.”