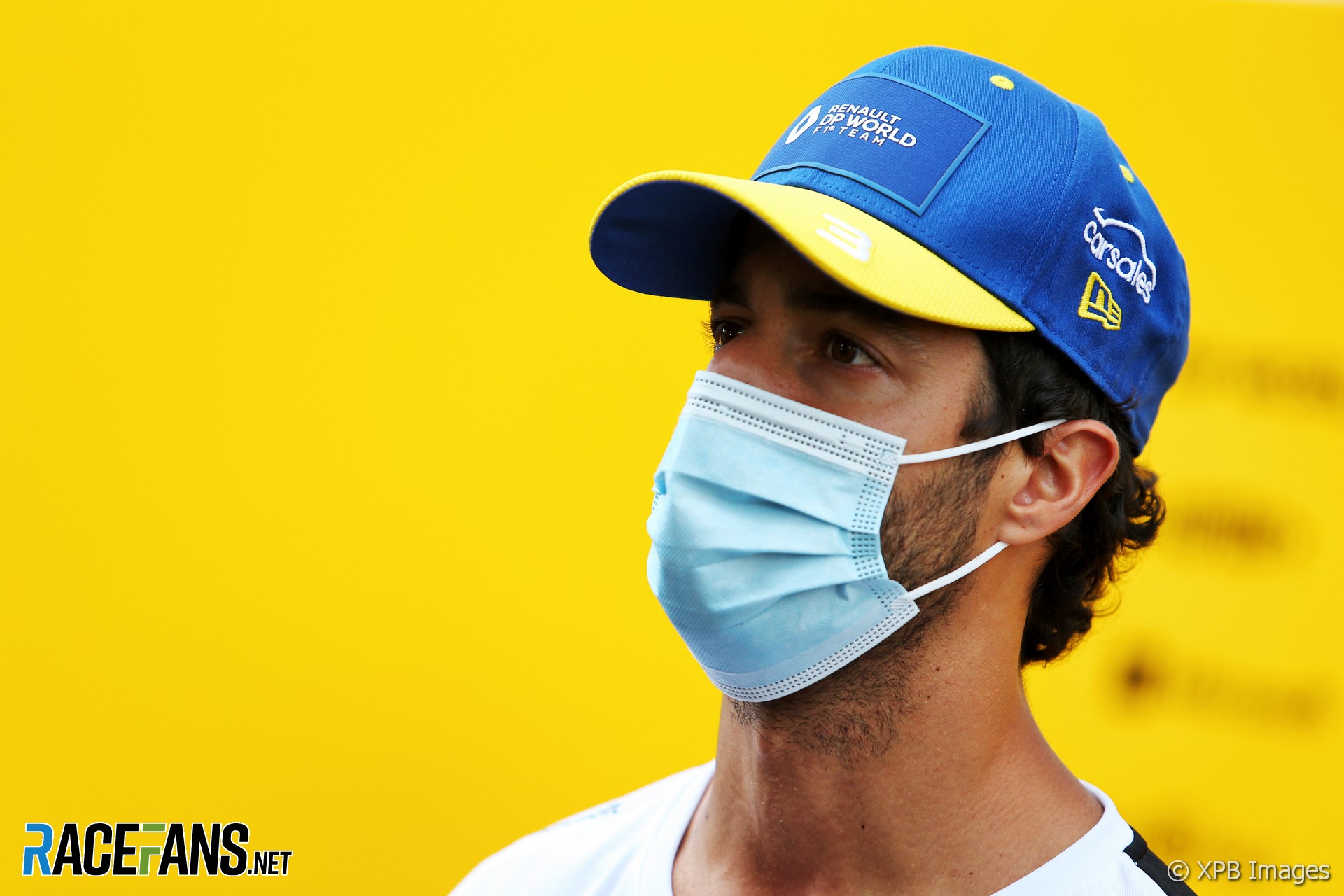 Some Formula 1 drivers may go further than others in their collective show of support for the anti-racism movement Black Lives Matter before the start of today’s race.

Renault driver Daniel Ricciardo said some may ‘take a knee’ – the gesture made famous by American football player Colin Kaepernick in 2016 – prior to the start of the Austrian Grand Prix.

Drivers expressed their support for the anti-racism movement during Friday’s Grand Prix Drivers Association meeting. However some of them raised concerns over how the act of kneeling may be interpreted in their countries.

“I’ve certainly been supportive of the Black Lives Matter movement,” said Ricciardo. “I’ve read a lot and tried to learn more about it. It’s something which has certainly caught my interest and something I 100 percent want to support.

“The chat with the drivers was essentially this: All of us are 100 percent on board with supporting it and ending racism. None of us are ‘anti’ this. So we all support that.

“I think there was just a little bit of perhaps difficulty with some drivers and their nationality and what perhaps something like taking a knee would represent.

“Obviously the reasons why we will do is purely to support Black Lives Matter, it’s nothing political or anything else. But there is a little bit of a fine line, I think, with some drivers and their nationalities and how it’s perceived.

“But we heard all of them, we heard everyone’s opinion, and we’re not going to try to do anything against or put anyone in jeopardy. We’ve all understood that we’ll do what we feel comfortable with.

“No one’s going to be judged or criticised if they don’t stand there in a certain way or take a knee. But I think the intention is for us to support it and we’ll probably show that as a unit. And then if a few of us choose to do something extra, then that’ll be the case.”

Lewis Hamilton has repeatedly urged drivers and others within Formula 1 to draw attention to racism and promote diversity. Speaking in yesterday’s FIA press conference, he said those who do not condemn racism are complicit in tolerating it.

“In the meeting I acknowledged to a lot of the drivers that obviously there was an interpretation of a message that I posted asking for people to speak up and their silence, and just saying thank you for those who have said something on their social media platforms, because they’ve got a great voice, a great platform, and then encouraging the others that haven’t to say something.

“I just described the scenario that silence is really complicit. There still is some silence in some cases.

“But I think it’s also a part of a dialogue with people trying to understand because I think there are still people that don’t fully understand exactly what is happening and what are the reasons for these protests. So I continue to try and be that guy to try to influence as many people as I can with it.”

The FIA has declared its support for Formula 1’s ‘#WeRaceAsOne’ initiative to promote diversity in the sport, contributing €1 million (£900,000) from its Innovation Fund to the project.

“We must promote diversity in motor sport, and that is why we decided to give one million euros in contribution to the new dedicated Foundation created by Formula 1,” said FIA president Jean Todt. “That is a first step, and more will come.”