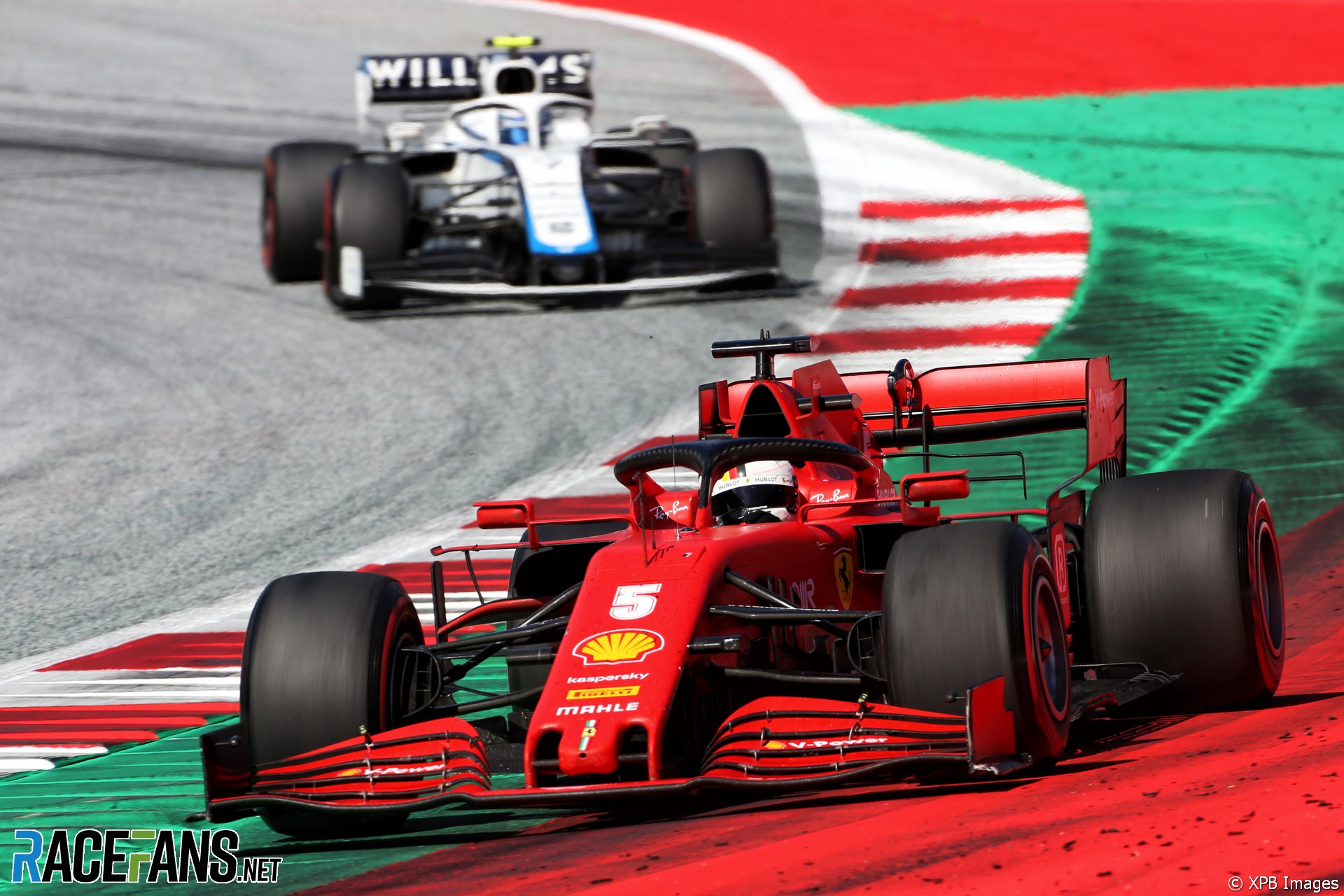 Sebastian Vettel said he was happy he only spun once during the Austrian Grand Prix after struggling with the handling of his Ferrari.

He finished 10th after spinning early on in the race at turn three while trying to overtake Carlos Sainz Jnr.

“To be honest, I’m happy that I spun only once,” said Vettel. “It was very difficult. It got very tight. I think Carlos, one of the McLarens turned in and I was just on the edge because I wanted to be as close as possible and lost the rear.

“But to be honest, I lost the rear a couple of times today. So as I said I’m happy that it happened only once.”

At the time of Vettel’s spin Sainz was running behind the other Ferrari of Charles Leclerc. Vettel’s team mate went on to finish second.

“Charles, I think, was trying to defend his position and Carlos in the last second was turning in fairly aggressive to I guess line up for the next straight,” Vettel explained.

“And then I was a bit locked in. I didn’t really have a place to go to avoid contact. I tried the kerb as much as I could, I locked the rears and basically spun around. Once I was sort of committing to trying to get as close as possible for the next great straight then suddenly I found myself not having any place to go.

“So it was obviously a shame that I had that lost the car there because it was quite costly. But I was struggling generally throughout the race with the car feeling and confidence also under braking so it probably didn’t help make the most accurate judgement in hindsight.”