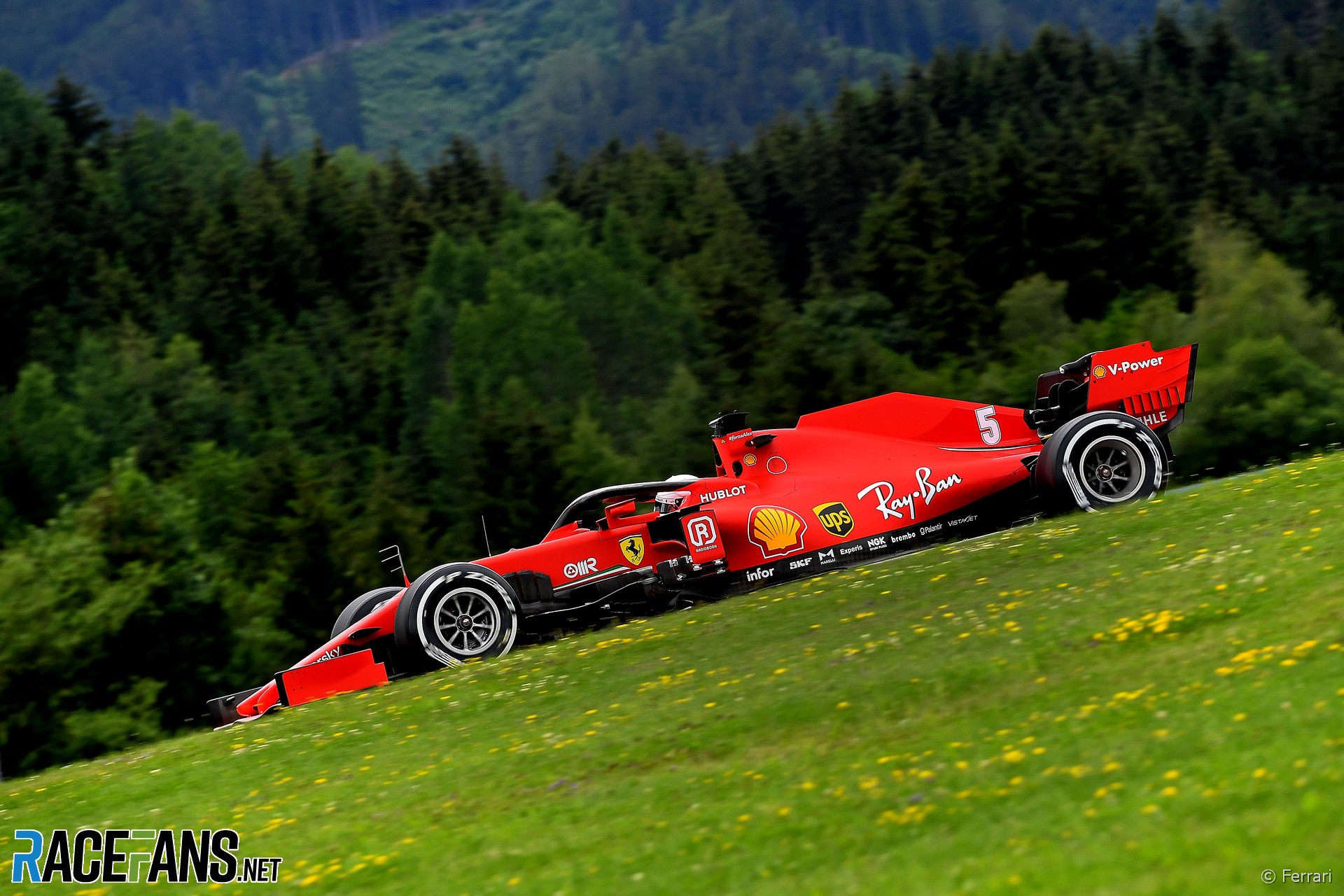 Ferrari team principal Mattia Binotto said his team’s cars were seven tenths of a second slower than Mercedes on the straights in qualifying at the Red Bull Ring.

The team’s cars lined up seventh and 11th on the grid, Sebastian Vettel failing to reach Q3 for the first race of the season. The loss of performance from all Ferrari-powered cars promoted speculation over the consequences that changes in F1’s power unit rules this year may have had for the team following their private settlement with the FIA.

Ferrari’s quickest lap of the weekend was almost a full second slower than they managed last year and around a second slower than Valtteri Bottas’s pole position time on Saturday. Binotto admitted the majority of that deficit comes from the car’s straight-line performance.

“If I look at quali compared to the pole we are missing a second,” he said. “Of the second, three-tenths in cornering.”

“But then there is still seven tenths on the power,” he added. “And I think that one will be very much difficult because the engine is frozen for the season.”

Charles Leclerc set the fastest speed in the speed trap last year, but fell to the bottom this year along with Vettel. The lack of speed on the straight is partly due to the power unit, Binotto admitted.

Ferrari plans to bring an upgraded aerodynamic package to the Hungarian Grand Prix next week. However Binotto cautioned there will be no quick fixes to the team’s problems.

“What we’ve seen here in Austria is very similar to Barcelona so we need to improve our car. There are some mis-correlations we can see with the the design and car behaviour, especially on the aero.

“That’s a development we are starting again, going back from the lockdown and hopefully we have very soon at the race track. It will not be the final solution, there is no silver bullet. What’s important for is to improve and address that is a type of behaviours.”

35 comments on “Ferrari losing 0.7 seconds to Mercedes on straights – Binotto”