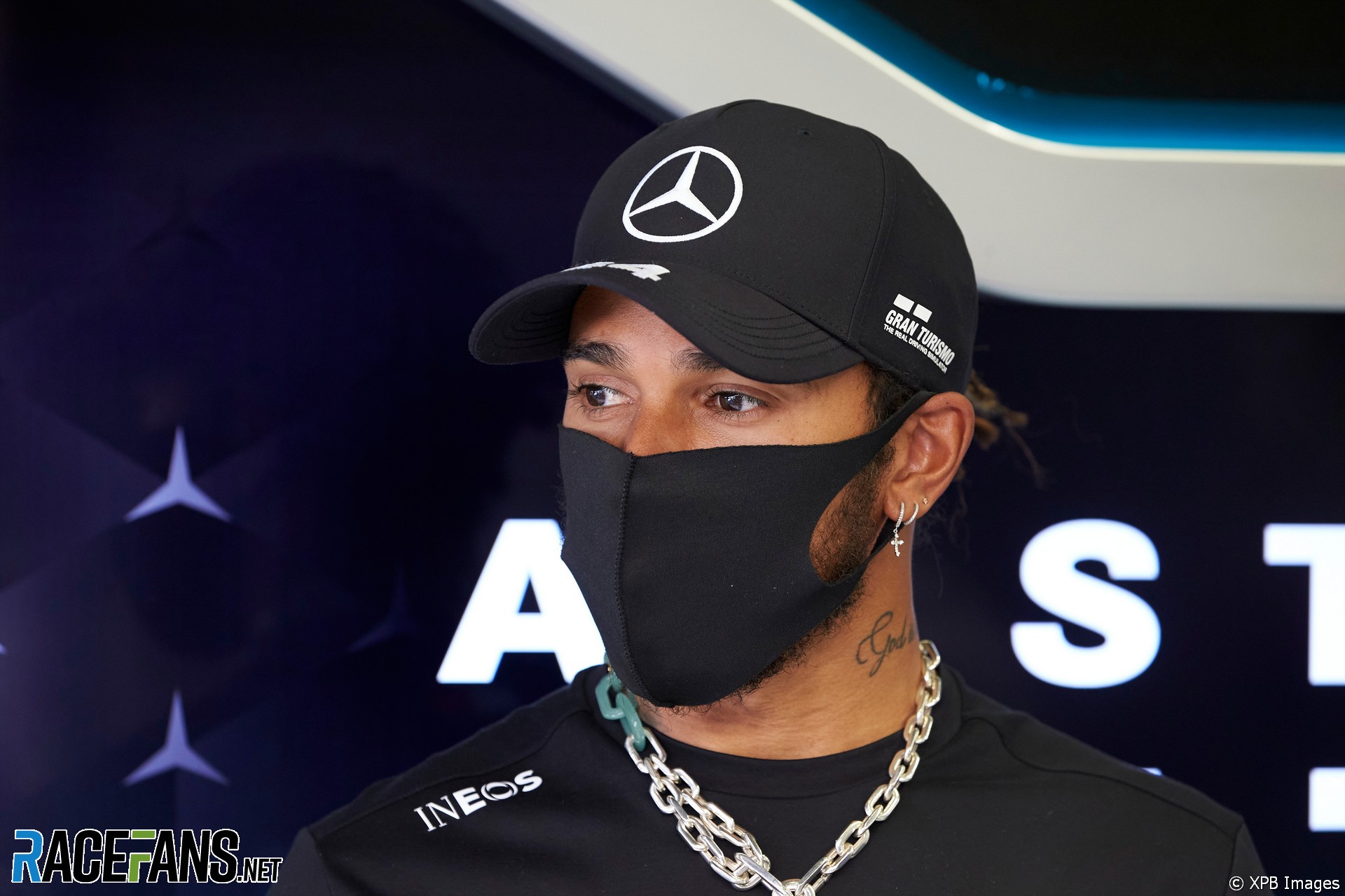 Lewis Hamilton has the most penalty points of any driver in Formula 1 after round one of 2020, following his unusually incident-filled Austrian Grand Prix.

The stewards only awarded four penalty points last weekend, but all of them went to the six-times world champion, who now has a total of seven. This is unusual for Hamilton, who in June last year scored his first penalty point for more than two years.

He is now over halfway towards 12, which would result in an automatic one-race ban. Penalty points remain on drivers’ licences for a 12-month period. Hamilton will drop one point on July 28th, ahead of the British Grand Prix.

However he will have at least six points on his licence until mid-November. It’s not a crisis situation, but with F1 in an unprecedented run of eight races in 10 weeks, and likely more to follow soon, he certainly can’t afford many more weekends like his last one.

For the second year in a row, Valtteri Bottas won the season-opening race, and this time did so from pole position. His eighth career win puts him level with Max Verstappen, as well as Jacky Ickx and Denny Hulme, and 12th pole means he now has as many as Gerhard Berger and David Coulthard. Bottas led the race from start to finish, the first time he has done so in his F1 career.

At this race 12 months ago Charles Leclerc was decidedly unhappy about finishing second, having led 59 of the 71 laps. He described the same result this year as one of his best performances in F1, having fought his way up from seventh in a Ferrari which is clearly much less competitive than its predecessor.

Lando Norris grabbed the final spot on the podium. His first visit to the rostrum was McLaren’s second in three races (though team mate Carlos Sainz Jnr didn’t get to take part in the official podium ceremony in last year’s Brazilian Grand Prix) and makes the 19-year-old the third-youngest driver to finish in the top three after record-holder Verstappen and Lance Stroll.

Norris also set the first fastest lap of his F1 career, on the final lap of the race, which helped ensure he finished within five seconds of Hamilton and therefore claim third place following the Mercedes driver’s penalty. This the same circumstances in which Sainz scored his podium in Brazil last year, right down to the fact Hamilton was penalised for a collision with Alexander Albon.

This was the first fastest lap for McLaren since the 2017 Hungarian Grand Prix, and only their third during the V6 hybrid turbo era.

Another Hamilton penalty, following qualifying, promoted Norris to third on the grid. This was the highest starting position for a McLaren since Jenson Button in the same race four years earlier.

The Formula 1 season made its latest-ever start on July 5th, more than a month later than the previous record, set when the 1951 season began on May 27th. Austria held the first season-opener in Europe since the 1966 Monaco Grand Prix: Since then, every championship has begun in Australia, Bahrain, the USA, Brazil, Argentina or South Africa.

The 217-day wait between the season-closing Abu Dhabi Grand Prix last year and Sunday’s race is the third-longest gap between consecutive rounds in the world championship’s history. The longest occured in between the first two seasons 70 years ago, and lasted 266 days.

The championship now moves on to… the Red Bull Ring. In a first for the world championship, it is holding two races at the same venue in a single season.

Having two races in the same country consecutively is not a first but it is rare. It is therefore highly unusual that the last two times it happened were on consecutive occasions.

F1 held back-to-back races in Japan in 1995, then moved on to Australia for the season finale, and began 1996 in the same country. This was because Japan’s Pacific Grand Prix was postponed due to an earthquake and the Australia round changed from being a season finale in Adelaide to a season-opener in Melbourne between championships.

Both of those races in Australia were won by Damon Hill. Let’s see if Bottas can repeat the feat…