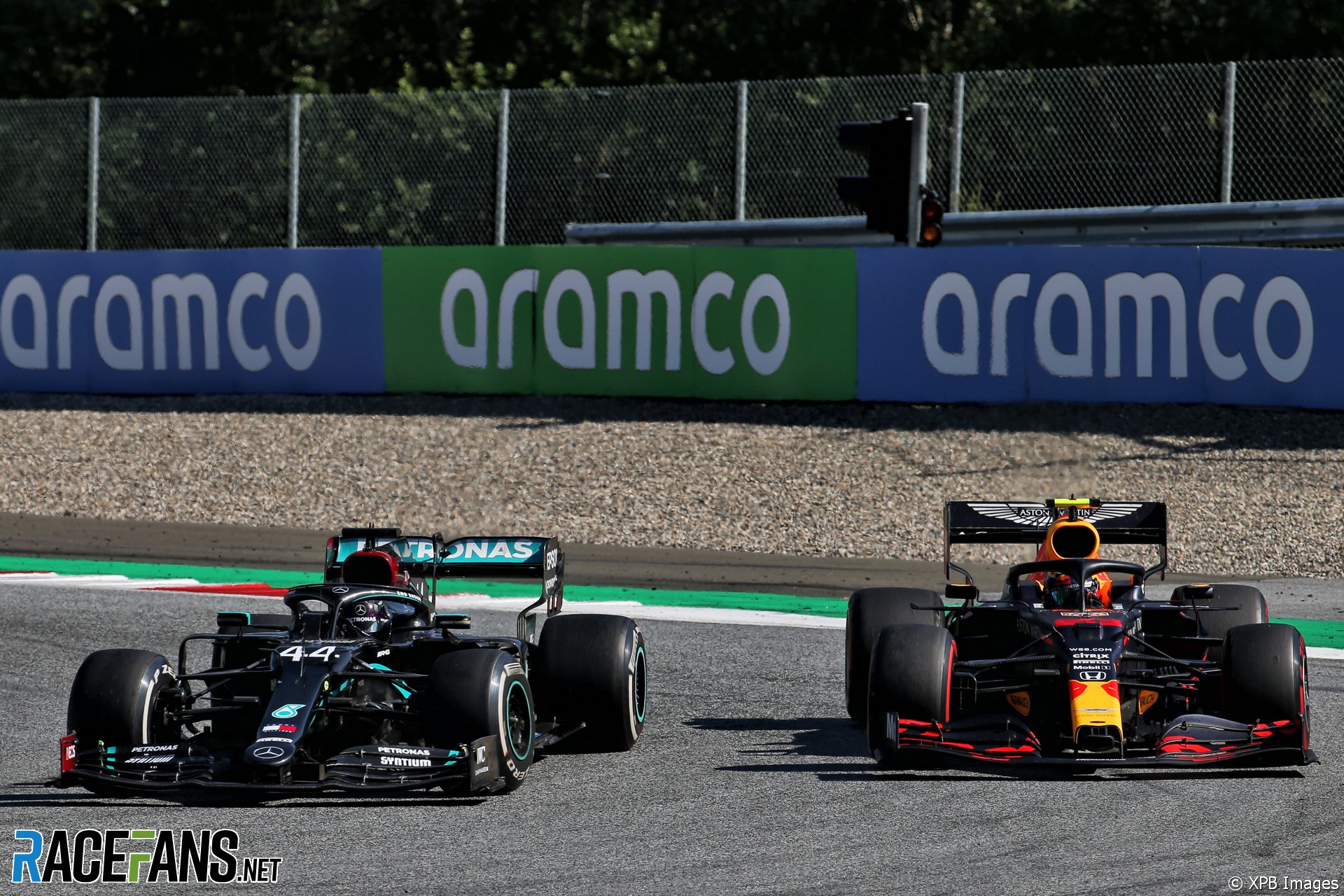 FIA race director Michael Masi has given insight into the stewards’ decision to penalise Lewis Hamilton for his late-race collision with Alexander Albon.

Hamilton said the collision – his second with Albon in three races – was a “racing incident”. But the six-times world champion was given a five-second penalty and two penalty points on his licence for the incident, which dropped him from second place on the road to fourth in the final classification.

While Masi does not rule on incidents himself, he can refer them to stewards for their deliberation. He believes the positioning of the cars at the time of contact prompted their decision to penalise Hamilton.

“I think from what the stewards saw and having looked at it, obviously Alex had some momentum around the outside,” he said. “And the fact of the contact point, from what I’ve understood from their explanation, from Lewis’s front-left to Alex’s rear-right, was why they did not deem that a racing incident.

“They felt that Alex effectively was on the edge of the track, give or take, and had completed the overtaking manoeuvre. So for them, there wasn’t anything more to add, it was a quite simple driving infringement for causing a collision.”

Masi also explained the delay in issuing a five-second penalty for pit lane speeding to Sergio Perez. The Racing Point driver was penalised 20 minutes after the infringement took place.

“Quite simply, there was obviously a lot going on at that point in the race I think as everyone will acknowledge,” said Masi.

“It was just the first opportunity, with looking at incidents and so forth, that the stewards came across over the radio and said ‘time penalty for speeding’.”