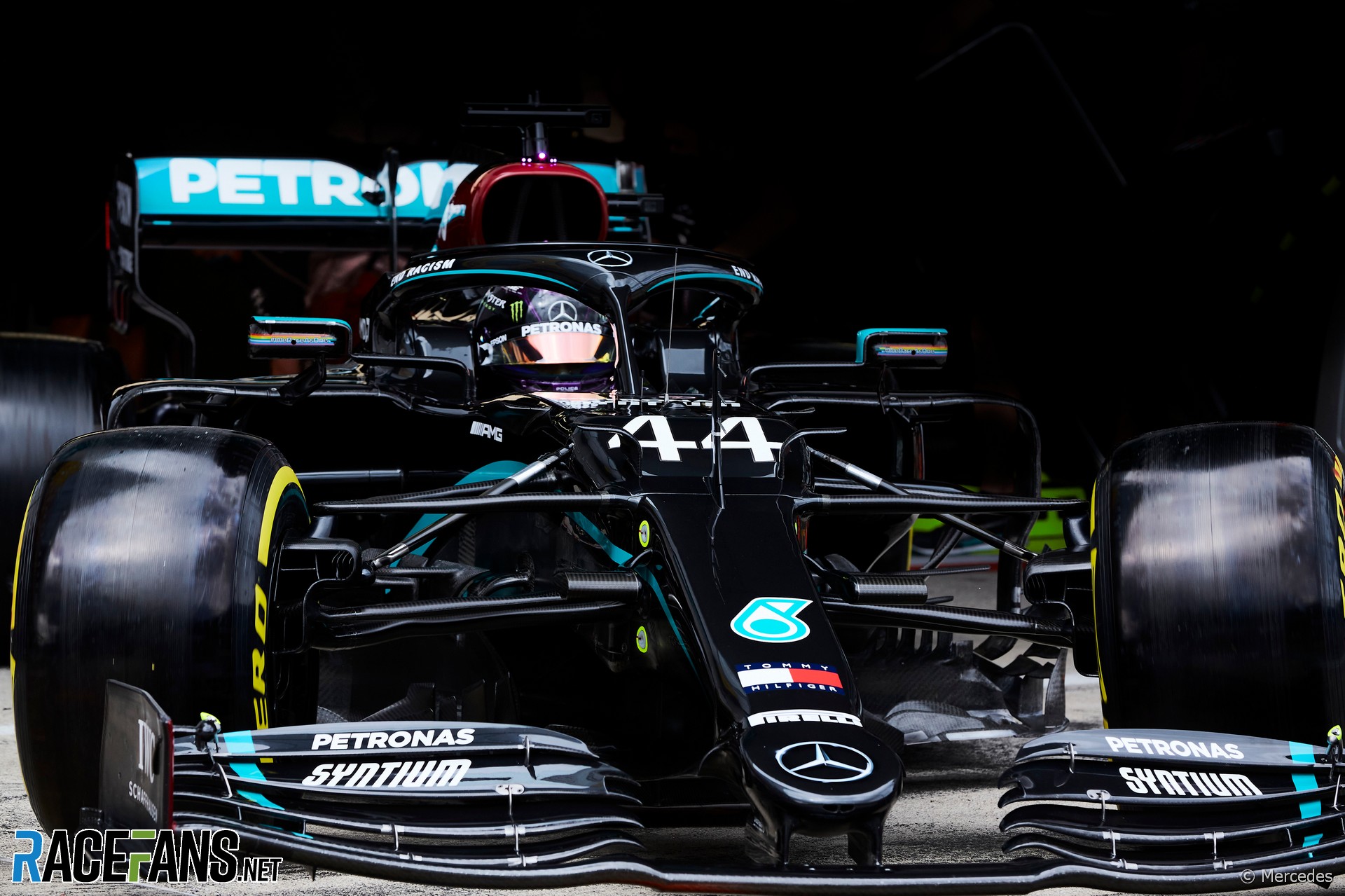 Mercedes has shed light on a possible side-effect of their switch to a black livery on their 2020 Formula 1 car.

The team replaced its traditional silver paintwork with a black base colour to promote its ‘end racism’ livery from the first race of the season last weekend. Darker colours absorb more heat than lighter shades, but the team’s strategy director James Vowles said this hasn’t had an effect on the car’s performance.

“Inside the engine cover there’s actually a silver lining, a heat resistant lining, and that is in place irrespective of the outside colour,” he explained in a video released by Mercedes.

“But we can’t see any difference on our radiator temperatures or other temperatures of core systems within the car as the result of the paint colour externally. There’s a little bit more reflection that should exist really with a lighter colour, but the reality is, it has negligible effects or no effects on our system temperatures.”

The team ran its controversial Dual Axis Steering system on its W11 for the first time in a race at the Red Bull Ring. Vowles said the team won’t have a full understanding of its benefit to the car until they have used it at other events.

“The reality behind it though is you don’t fully understand the potential of the system until you have operated it at multiple circuits, so we have an understanding of how it benefited us here but not necessarily how we can use it going forward at all events in order to get the most out of it.

“That learning will come, especially as we transition to other circuits and see how it performs elsewhere. But thus far, we’re very happy with how it has performed.”