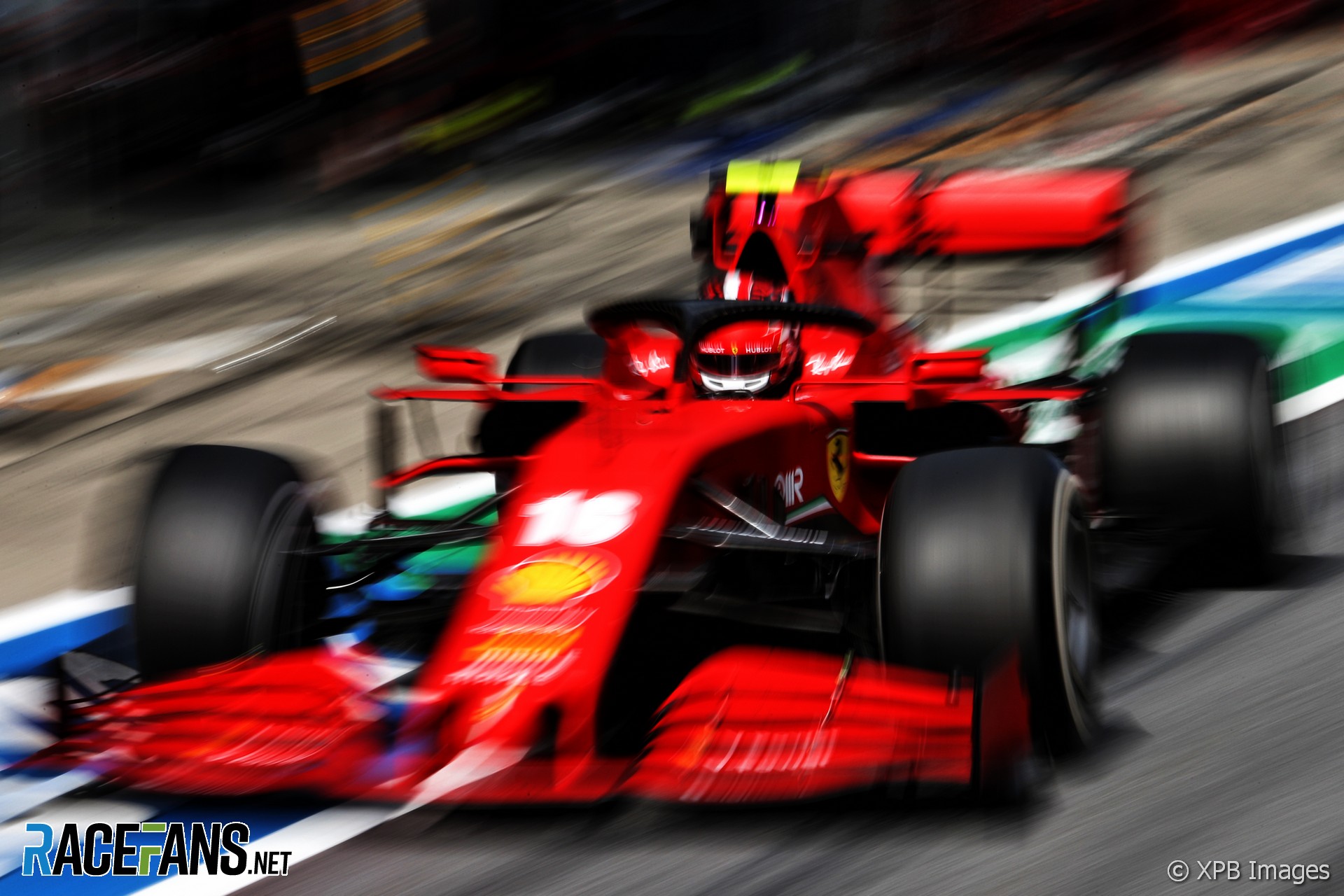 Charles Leclerc says it will be a “bad sign” for Ferrari if the upgrade package they have brought for this weekend’s Styrian Grand Prix doesn’t work as intended.

Last week the team said it would introduce a major aerodynamic upgrade in time for the Hungarian Grand Prix. However at least part of that has been brought forward to this weekend’s second race at the Red Bull Ring.

Ferrari had a poor start to the season last week, lapping the 63-second course over nine-tenths of a second than they did last year. Leclerc, who took advantage of a hectic race to finish second, doubts the upgrade will be sufficient to put them back on terms with the front-runners on pure pace.

“We are bringing some updates on the car. We don’t know how much we will gain and if that will put us in contention for the podium but realistically it’s going to be very difficult because Red Bull and Mercedes are very quick.”

Ferrari has said the real-world performance of its SF1000 has not correlated with its simulations. Leclerc says the first goal of the upgrade is to show they have addressed that problem.

“It will be important that these updates are working the proper way and that we make a step from that. This will show that we’ve been working in the right direction.

“If not, then it will be a bad sign. But I am confident that the updates will bring some performance into the car. How much, it’s still to be told on track. But let’s see.”

The team is fortunate to be able to race at the same venue in consecutive weeks, said Leclerc’s team mate Sebastian Vettel, which will help them assess what gains they have made with their new package.

“It’s a massive opportunity for us to have the race held in exactly the same place,” he said. “So I hope we will get some answers.”

Vettel said the team has also scrutinised his troubled run in Sunday’s race, where he spun on his way to 10th place.

“We had a close look to our race, my race performance in particular, which was off compared to the weekend so far up to that point. We have found a couple of things.

“It’s hard to say how much of a difference those things were making: I had an issue with the brake, maybe something with the damping of the car. Obviously I’m excited about getting back on track and see how the car feels.

“I’ll have a very good memory, first of all a good idea of how it should feel, secondly a good memory of how it used to feel when everything was right and how it felt then in the race. So obviously tomorrow would be an important day for us in that regard. But also, as we mentioned previously, in regards to the upgrade to see if everything’s bringing the step that we expected.”