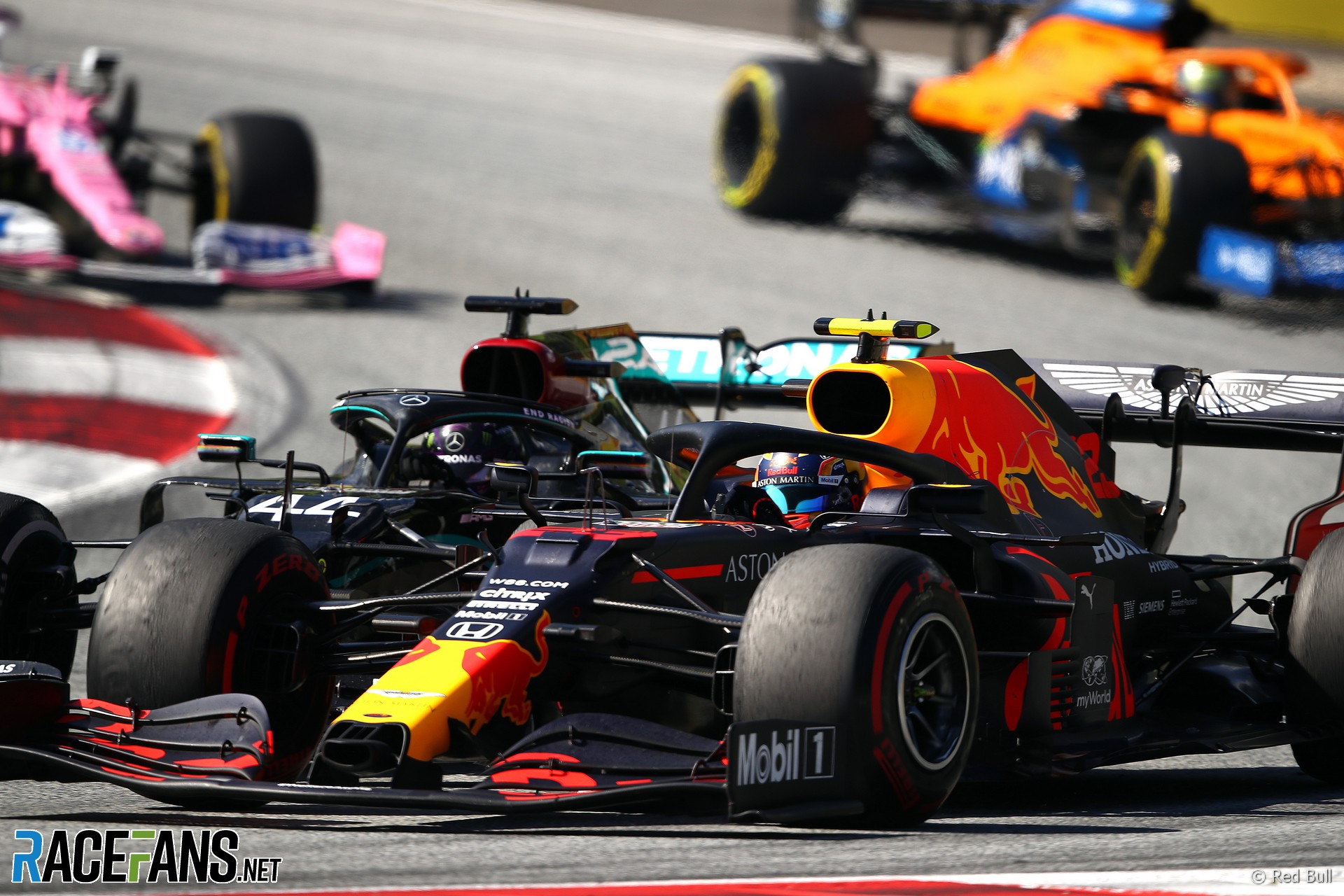 Lewis Hamilton says there is no “bad blood” between him and Alexander Albon following their second collision in three races last weekend.

The pair tangled in the Brazilian Grand Prix last year and again at the Red Bull Ring last weekend. The Mercedes driver was penalised for both collisions, each of which cost Albon a potential podium finish.

“Firstly, I have a huge amount of respect for Alex,” said Hamilton following Sunday’s race. “I think he’s a super-talented young man and I don’t have any bad blood or bad feelings towards him whatsoever.

“In Brazil, you saw me come straight to him. That was, for me, wholeheartedly my mistake and my problem. I tried to face it with the dignity.”

However Hamilton hasn’t changed his view their latest collision in Austria was a “racing incident”.

“He was on a much better tyre. I entered the corner, committed in blocking, but obviously I was defending the position. I took the corner as normal, had quite a lot of lock on to get around the corner. The track drops away when you go through that corner so a lot of people understeer through there.”

Hamilton said he “continued to decrease in my speed” at the exit of the corner. “He jumped on the power, he had so much grip. He still had a like a car’s width to the left of him. And ultimately, we touched.

“I think it’s unfortunate that we collided and I wouldn’t want to ever collide with anybody. I did think it was unfortunate. But I have to respect the decision that the stewards ended up taking. There’s nothing you can say otherwise about it.

“I did apologise, before I’d seen the incident I apologised to Alex in an interview, just because in the heat of the moment you don’t always have the viewpoints of everything. I didn’t want to jump to conclusions. Obviously I then went to watch the replay and I think he it was a racing incident as I said.”

38 comments on “Hamilton: No “bad blood” with Albon after second collision in three races”