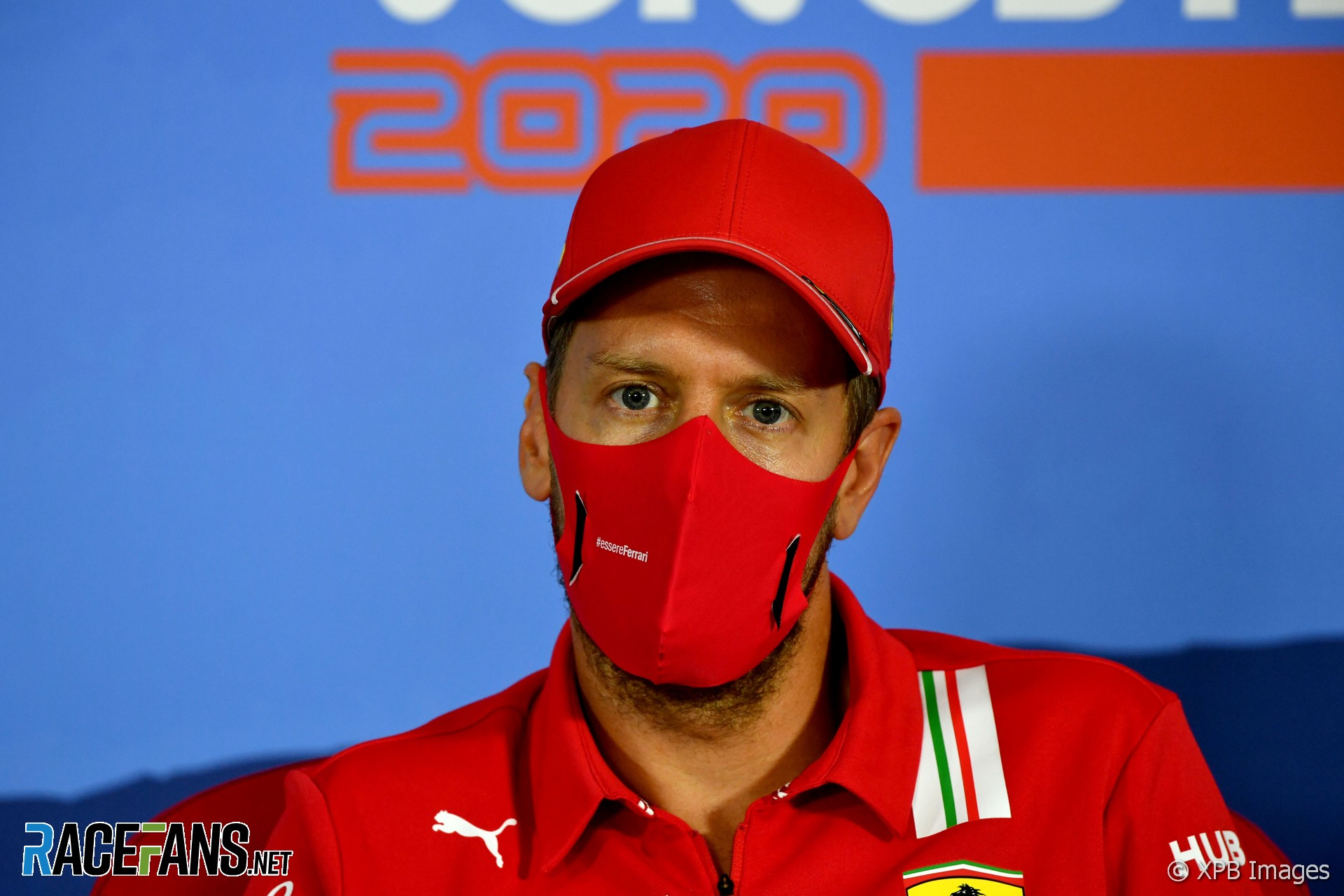 Sebastian Vettel says he would take up the opportunity to return to Red Bull if the team offered it to him.

The 33-year-old won all four of his world championships with the team before leaving to join Ferrari. He was seen talking to senior Red Bull staff during the Austrian Grand Prix weekend, prompting speculation the parties are considering a reunion.

Asked about his future plans in today’s FIA press conference, Vettel said he would be willing to go up against Max Verstappen, who is contracted to remain at the team until 2023.

“Generally I am of the conviction that if you want to win, you have to be happy to take on anyone,” said Vettel. “So I don’t think that is a question of your potential team mate no matter where you will find yourself.”

“I obviously know the team very, very well from my past. Of course I’m still in contact with a lot of people there, whether it’s Christian, Helmut [Marko] or others. The appearance on Servus TV had nothing to do with that or a potential future.

“Red Bull has a winning car, I believe so, they’re a very strong team, I know how strong they are from the past. Obviously part of the team is not the same any more and the team has a goal. So it’s not fair to say I know the team inside out because it also has changed and moved on.

“But I know why they were strong back then and they’re still I think a contender and obviously, it’s a car that you can win races in so sure that would be interesting.”

Asked if he would accept an offer to return to the team Vettel said: “I think it’s a winning car and as I said earlier, I’m here to compete and here to win so probably the answer would be yes.”

Vettel also revealed he had informal talks with Renault, who yesterday confirmed they had signed Fernando Alonso for 2021.

“I’ve been such a long time in the paddock that I know quite a couple of people so yes, I did [speak to them] but obviously at no point concrete enough or, can I say, fundamental talks or real talks.

“As you’ve seen as well they’ve gone a different direction. So as I said earlier it doesn’t change much for me. It really depends on my decision, which I’m not pressured to take in the next couple of days. I want to take the time that I need.”

Another potential destination for Vettel in 2021 could be Racing Point, which will be rebranded as Aston Martin, and looked competitive in last weekend’s race.

“I think Racing Point left a very strong impression and are certainly in a good place for this year,” said Vettel. “I know part of the team, I know some members of the team quite well from from my past and for a long time so I think it’s obviously a good opportunity for them this year to have a good car to fight with and try and improve that from there.”

27 comments on “Vettel would accept chance to rejoin Red Bull”