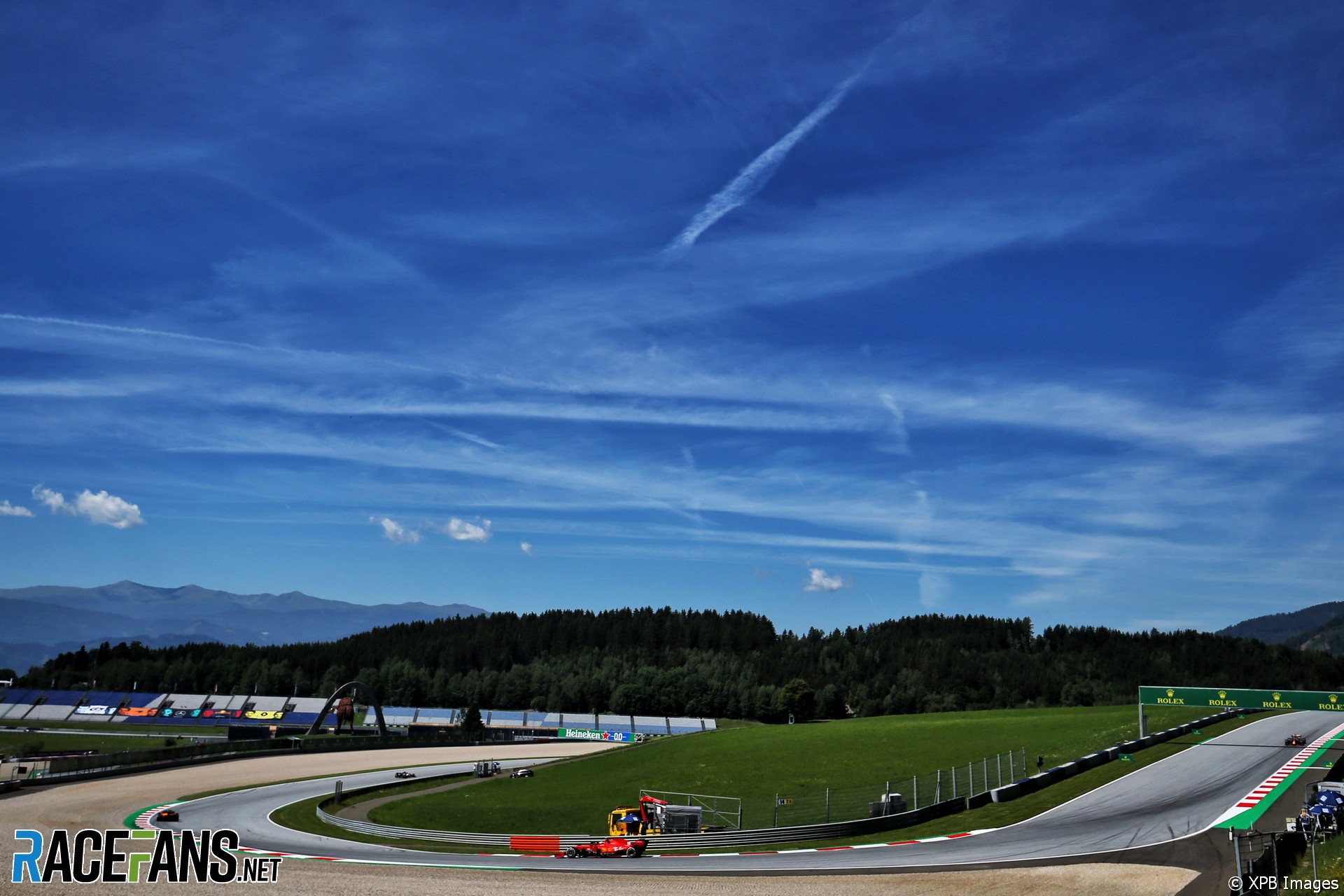 Formula 1 has prepared three contingency plans to cope with the very heavy rain which is forecast on Saturday at the Red Bull Ring.

The FIA’s official weather service, Meteo France, indicates there is a strong chance tomorrow’s rain will be heavy enough to affect running at the track, but it should clear up by Sunday.

“Earlier in the day it looked like Sunday morning was not going to be great either,” said Masi. “That looks to have cleared up. But tomorrow is not looking great at all.”

Masi indicated the preferred option is to hold qualifying on Sunday morning, if possible.

“If a worst case scenario was to come about, we’ve already had a look, and qualifying could take place on Sunday morning,” he said. “So that’s a great option there.”

If postponing the qualifying session to Sunday isn’t an option, lap times from one of two different practice sessions could be used to decide the grid.

Qualifying has been postponed to Sunday on several occasions in the past, most recently at last year’s Japanese Grand Prix due to Super Typhoon Hagibis. Sunday qualifying sessions were also held at Suzuka in 2010 and 2004, as well as at the Circuit of the Americas in 2015 and Albert Park in 2013.

Postponing the qualifying session this weekend would cause disruption to Formula 1’s official support series Formula 2 and Formula 3, which both have races scheduled on Sunday morning.