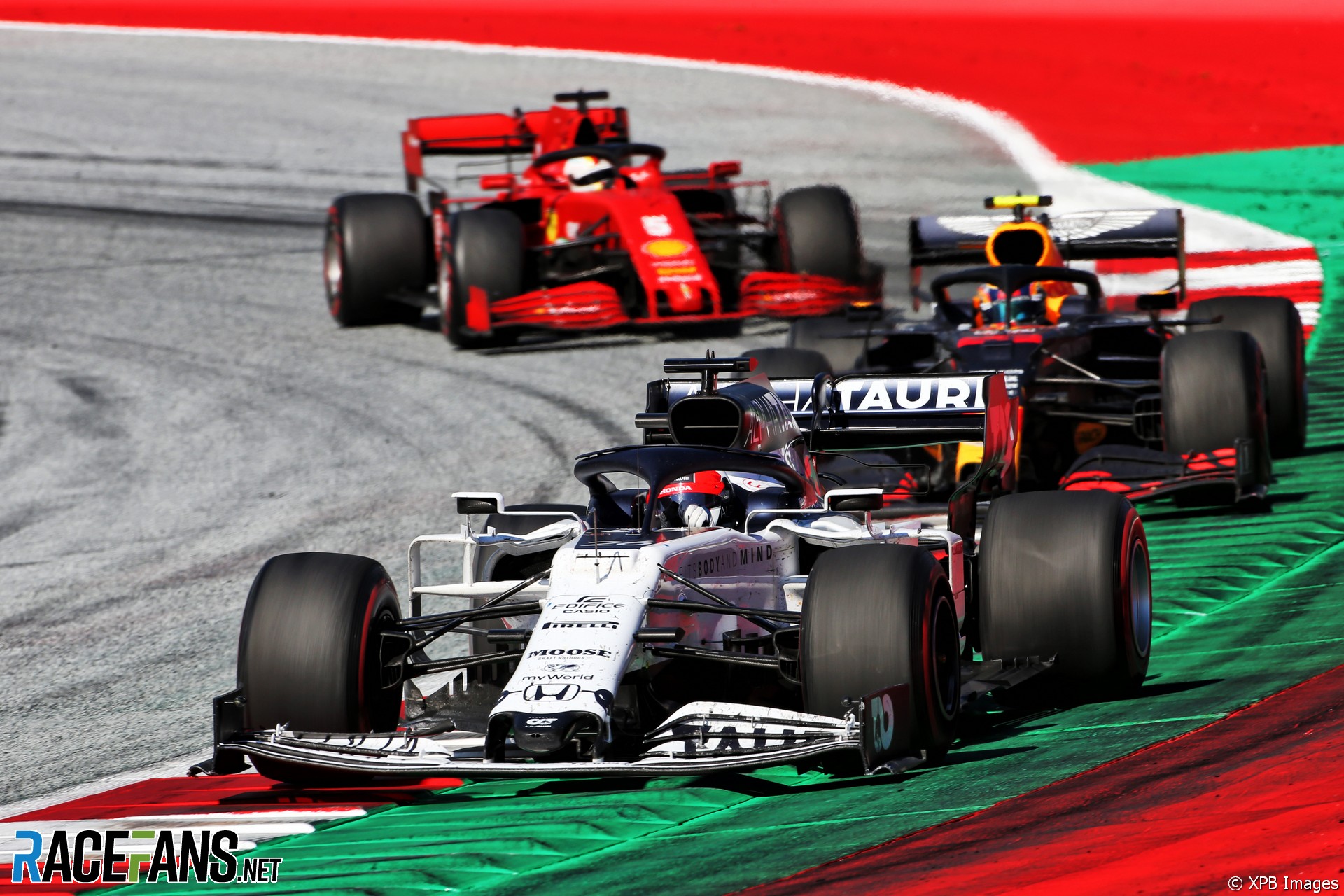 The FIA has issued a revised final classification for the season-opening Austrian Grand Prix after discovering Daniil Kvyat had been credited with the wrong number of completed laps.

Kvyat retired from the race with two laps to go after suffering a tyre failure due to suspension damage. He is officially classified 12th because he finished at least 90% of the race distance, which was already the case before the additional two laps were credited to him, so his final position remains unchanged.

The confusion arose as Kvyat had a total of five lap times deleted during the race for exceeding track limits at turns nine and 10. For the two violations at turn 10, the final corner on the lap, both the time for the lap he was on and the subsequent lap time were deleted. This is standard practice, as exceeding track limits at the final corner can confer a lap time advantage on the subsequent lap.

The stewards issued the revised classification under article 11.9.2.a of the International Sporting Code, which states the “may settle any matter which might arise during an event, subject to the right of appeal provided for in the code.”