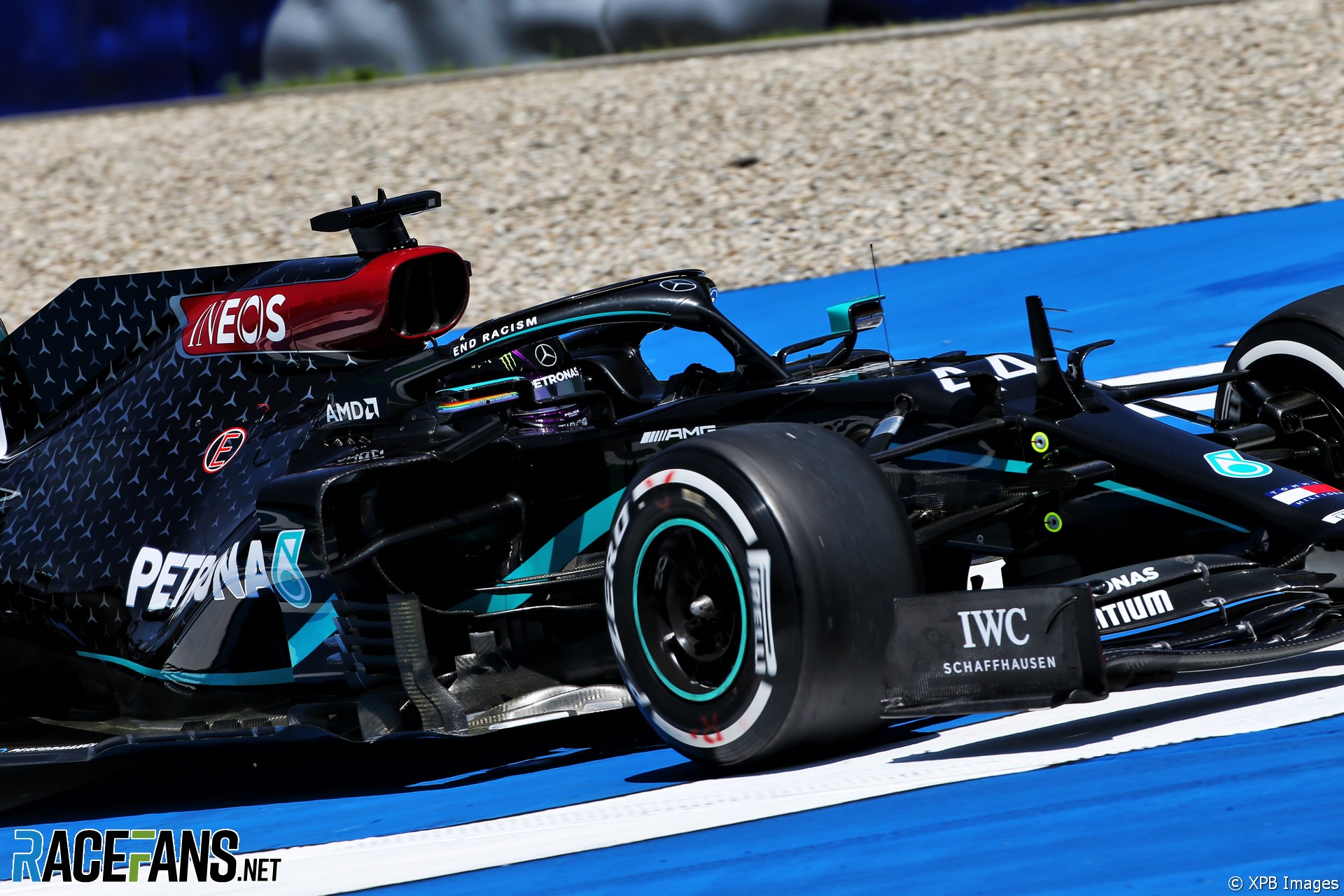 Lewis Hamilton is concerned he will be locked in to starting sixth on the grid for Sunday’s Styrian Grand Prix if heavy rain prevents any track running from taking place tomorrow.

Very heavy rain is forecast for the Red Bull Ring on Saturday. Ahead of second practice today some teams acknowledged the possibility tomorrow’s running could be disrupted and second practice times would be used to form the grid.

If that happens Hamilton would line up sixth on the grid, one place lower than he was for last week’s Austrian Grand Prix following a three-place grid penalty.

“If we have to start [there], that would definitely suck if we didn’t get to qualify,” he said. “[Second practice] wasn’t great. I’d be starting further back than I was even last week.

“So it would definitely make it challenging. I’ll try to do the ‘dry dance’, if there’s a dry dance.”

Team mate Valtteri Bottas was second-fastest in this afternoon’s practice session, less than five-hundredths of a second behind Max Verstappen. Hamilton said he hadn’t been entirely happy with his car.

“It felt relatively normal but it was quite far off. So there’s more work that needs to go on in the background to try and figure out why.

“I was feeling good in practice one and the start of [second practice] felt pretty good. Then it started to drop off. Others out there are obviously quick and Valtteri’s obviously got good pace so hopefully tomorrow will be a better day.”

Both Mercedes drivers were warned during last week’s race to use the kerbs as little as possible to minimise the stress on their cars. The team was concerned about an electrical noise problem which is aggravated by vibrations and can cause gearbox failures.

Asked whether the team have addressed the problem so that he can use the kerbs more aggressively this weekend, Hamilton said: “Not that I know of. I think you still have to be careful.

“You can still damage the car quite badly over the kerbs. Whether or not it’s going to be as harsh as it was on Sunday we’ll find out.”