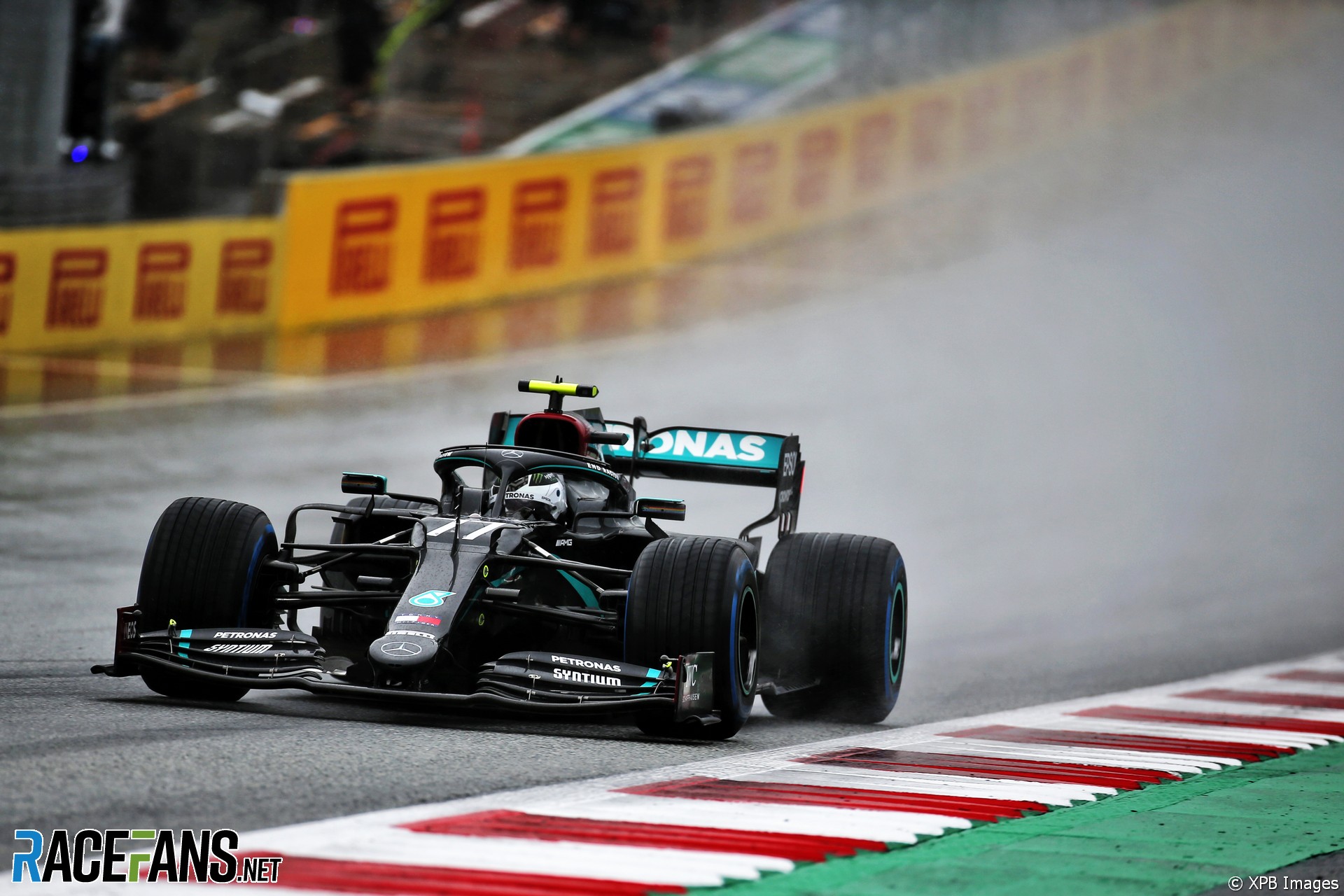 Bottas qualified fourth, one-and-a-half seconds behind team mate Lewis Hamilton, though just three-tenths away from joining him on the front row.

“Valtteri’s session had started very well,” said Mercedes trackside engineering director Andrew Shovlin, “but he ended up with a bit of glazing on his front-right brake disc, which made life difficult for him on braking and getting heat into the tyres – and ultimately cost him.”

Glazing can occur on brakes in very low temperatures, reducing the caliper’s ability to grip the disc. This makes it easier for the driver to lock the wheels under heavy braking.

Bottas described how the problem made the already treacherous conditions even more difficult.

“It was tough sometimes, quite a bit of rain and aquaplaning, it was really tricky,” hesaid. “The main issue I had [was] the front right brake was glazing. So then I couldn’t really find a proper braking points and because every lap was slightly different.

“In the wet conditions it’s quite important for the confidence that you’re good on the brakes.”

Hamilton avoided any similar problem and set two lap times which were quick enough for pole position. “I think Lewis managed to build more tyre temperature over the runs and always at the end of the runs he was quicker,” said Bottas.