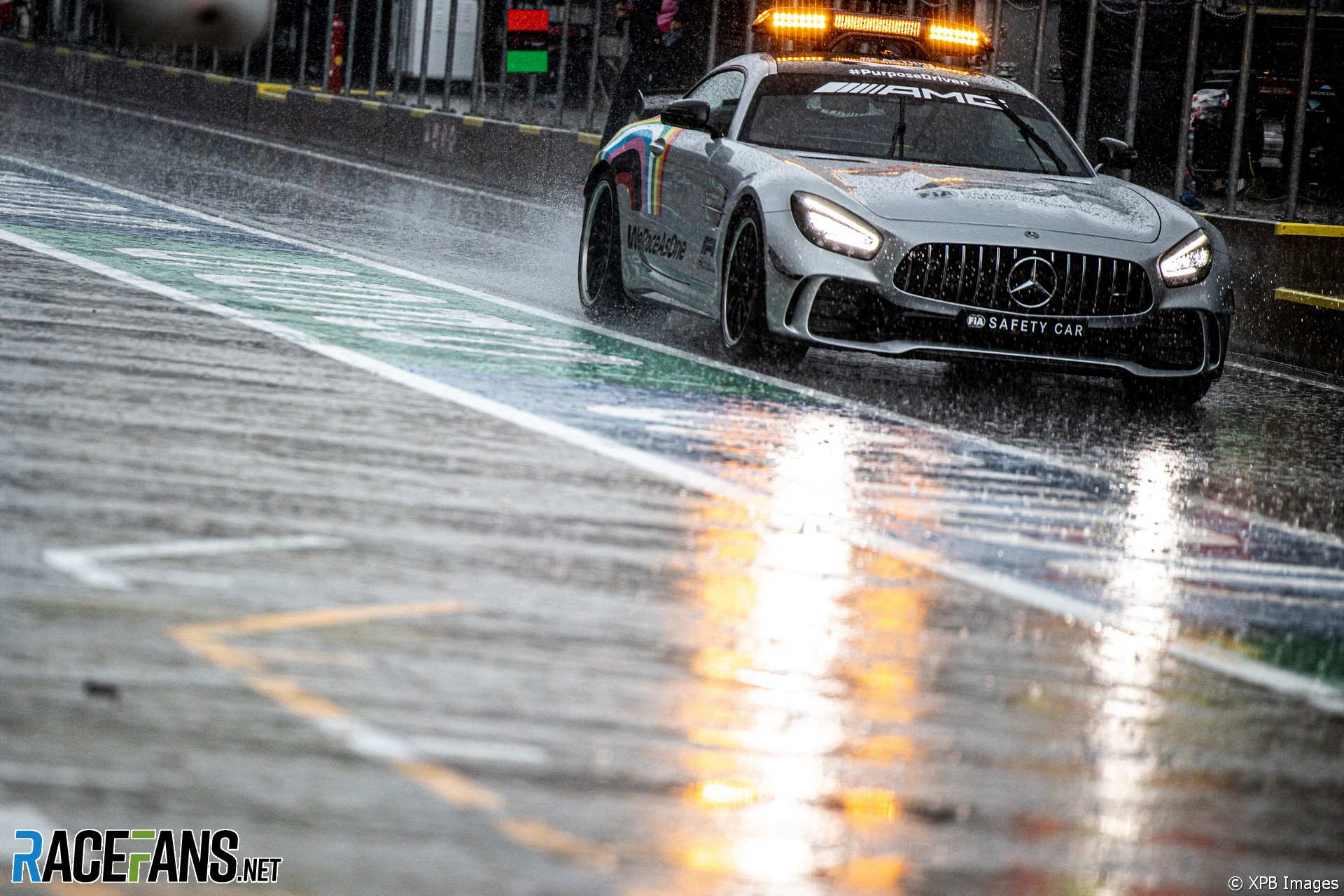 Formula 1 is considering postponing the qualifying session for the Styrian Grand Prix to 9am on Sunday morning due to heavy rain at the Red Bull Ring.

Deteriorating conditions at the track forced the cancellation of final practice this morning. F1 race director Michael Masi explained that in addition to the high volume of water on the circuit, the cloud cover at the track means the medical helicopter cannot be used at present.

“At the moment our primary receiving hospital is an hour and a half away by road in Graz,” Masi told Sky. “And the medical helicopter, because of the cloud that’s coming in, can’t fly at the moment.

“So with the medical helicopter being unable to take off, that’s another factor in the equation, and we wouldn’t start any session without that possibility at this venue – obviously it’s different case by case.”

Formula 1’s sporting regulations state qualifying must take place “on the day before the race and will start no less than two hours after the end of [practice three].” However the International Sporting Code gives the stewards the power to “modify the official programme if requested to do so by the clerk of the course or the organiser in the interest of safety.”

Masi said F1 is already planning to reorganise tomorrow’s timetable so qualifying can take place then, a changed the steward would have to approve.

“It will be an earlier start for all of us and a busy day,” he said. “If we can’t run at all [today], and we’ve got a draft timetable already for tomorrow that we’re working on, but we will qualifying tomorrow morning.

“So not a dissimilar situation to Japan last year. We’ll just issues a revised set of procedures of what the teams can and can’t do tonight and start all again tomorrow morning and go into qualifying and a much shorter period between then and the race.”

The 2pm race start time would remain unchanged, Masi added. “Hypothetically as we’re looking at the moment we would probably aim for a 10am local time qualifying tomorrow, and then the race would commence as scheduled.”