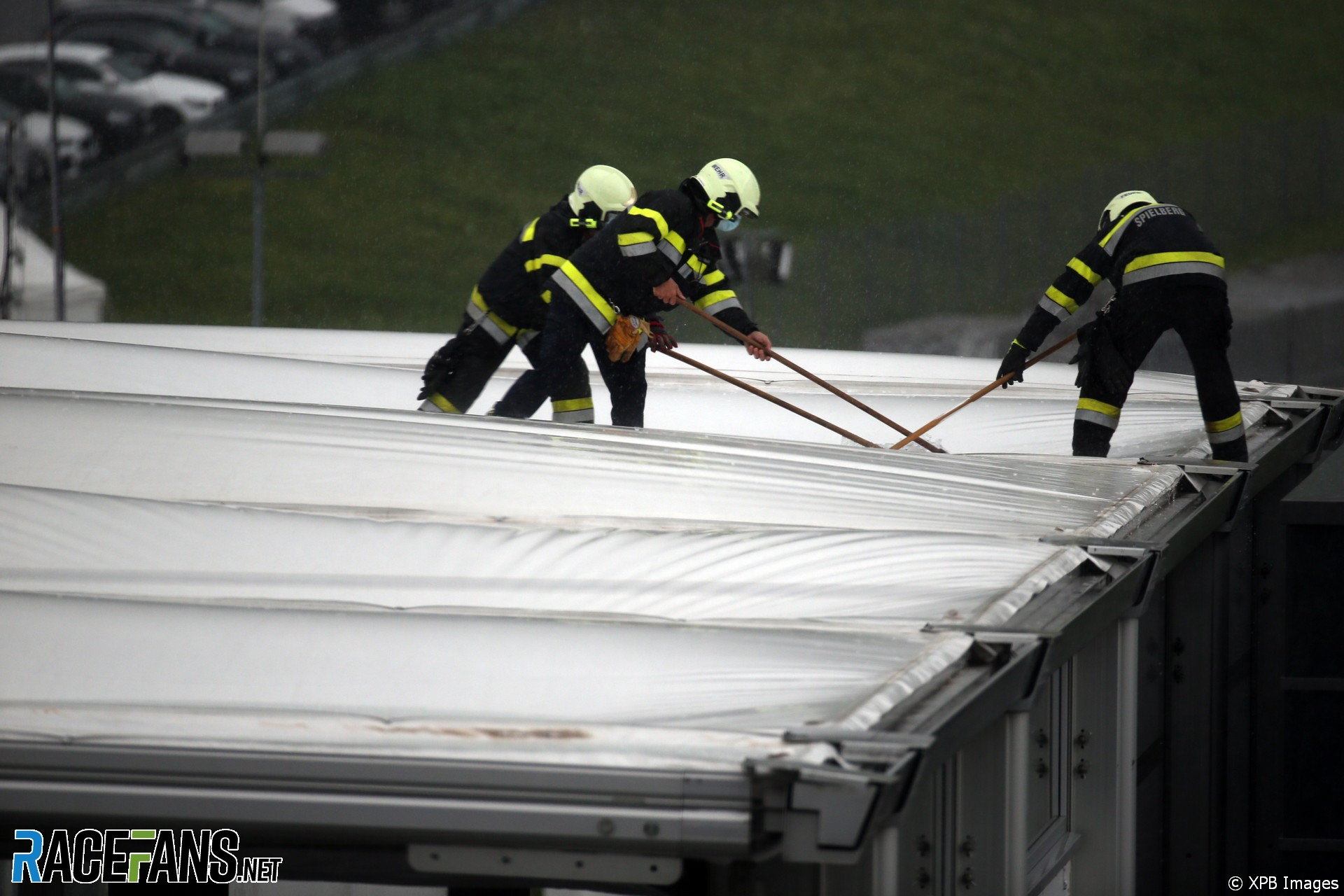 Formula 1’s final practice session for the Austrian Grand Prix has been cancelled due to heavy rain at the Red Bull Ring this morning.

“After consultation and recommendation of the FIA Formula One Safety Delegate the stewards decide that the Formula One free practice three will be cancelled due to the inclement weather and safety reasons in accordance with Art. 2.1.6.a and 11.9.3.m of the FIA International Sporting Code,” the stewards said in a statement.

Rain began to fall at the circuit ahead of this morning’s first Formula 3 race. The F3 cars left the grid as scheduled but the rain intensified throughout proceedings. The race was red-flagged after 14 of the scheduled 24 laps.

The F3 race was abandoned less than an hour before F1’s final hour of practice was due to begin at the circuit. But with heavy rain continuing to fall and further rain forecast throughout the day, the session has been called off.

With further heavy rain expected between now and qualifying, which was due to start three hours later than final practice, doubt hangs over whether qualifying will begin on time.

“We are surrounded by the mountains so it makes it quite unpredictable from our end,” said F1 race director Michael Masi yesterday. “We’ve got Meteo France, who’s the official weather provider for all of the teams and the FIA, and their meteorologists on-site who are continually advising us and keeping us apprised of what’s happening and what it’s looking like.”

Yesterday Masi said contingencies had been put in place to potentially postpone qualifying to Sunday morning, or use the lap times set in second practice to decide the grid.

11 comments on “F1 final practice cancelled due to heavy rain”