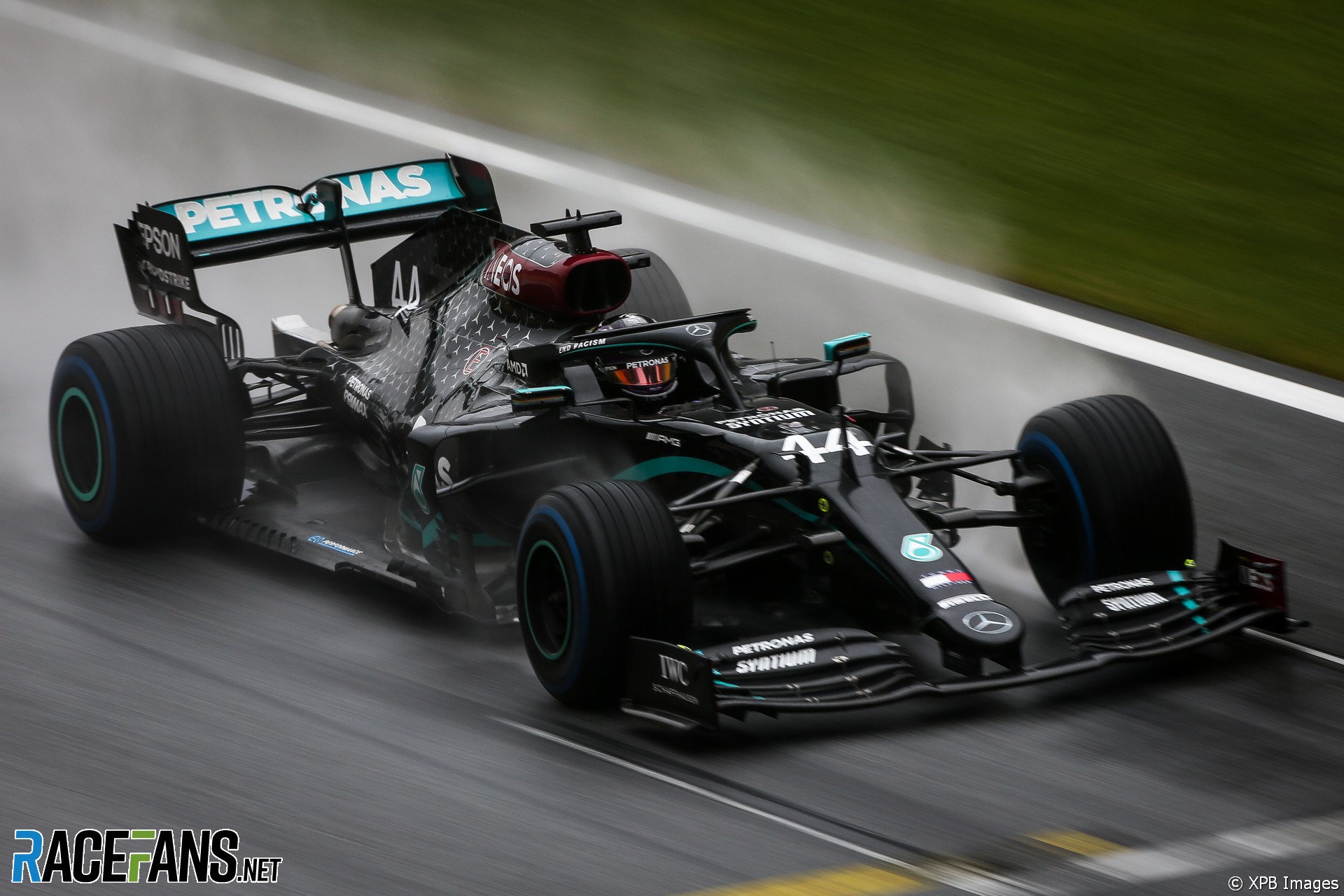 Lewis Hamilton says the lap which put him on pole position for the Styrian Grand Prix was “close to perfect”, after beating the field by 1.2 seconds in qualifying.

The Mercedes driver’s penultimate lap in Q3 would have been good enough to put him on pole. But he pulled a further half-second ahead of the field with his final effort.

“Honestly, it was a fantastic lap, the last one,” said Hamilton. “The importance of managing your time out there, managing your your battery pack, knowing when to use the few laps that you have on the qualifying modes, creating the gap, not making a mistake when it counts… obviously the lap that I had before was good enough. But still that last lap for me was really as close to perfect as I could really get it in those conditions.

“Considering it was raining more, it makes me even happier knowing that I went a little bit quicker during that time.”

Hamilton compared his performance to his dominant win in the very wet British Grand Prix of 2008, when he finished 68 seconds ahead of his closest rival.

“It definitely takes me back to times like Silverstone 2008 because when you’re really at one with the car and you’re not fazed at all,” he said.

“You have to be very dynamic with your driving style from corner to corner because the wet patches arrive, the puddles are shifting about with the cars that are driving ahead of you, which is which is a massive challenge.

“So I’m smiling under this mask, I’m super happy.”